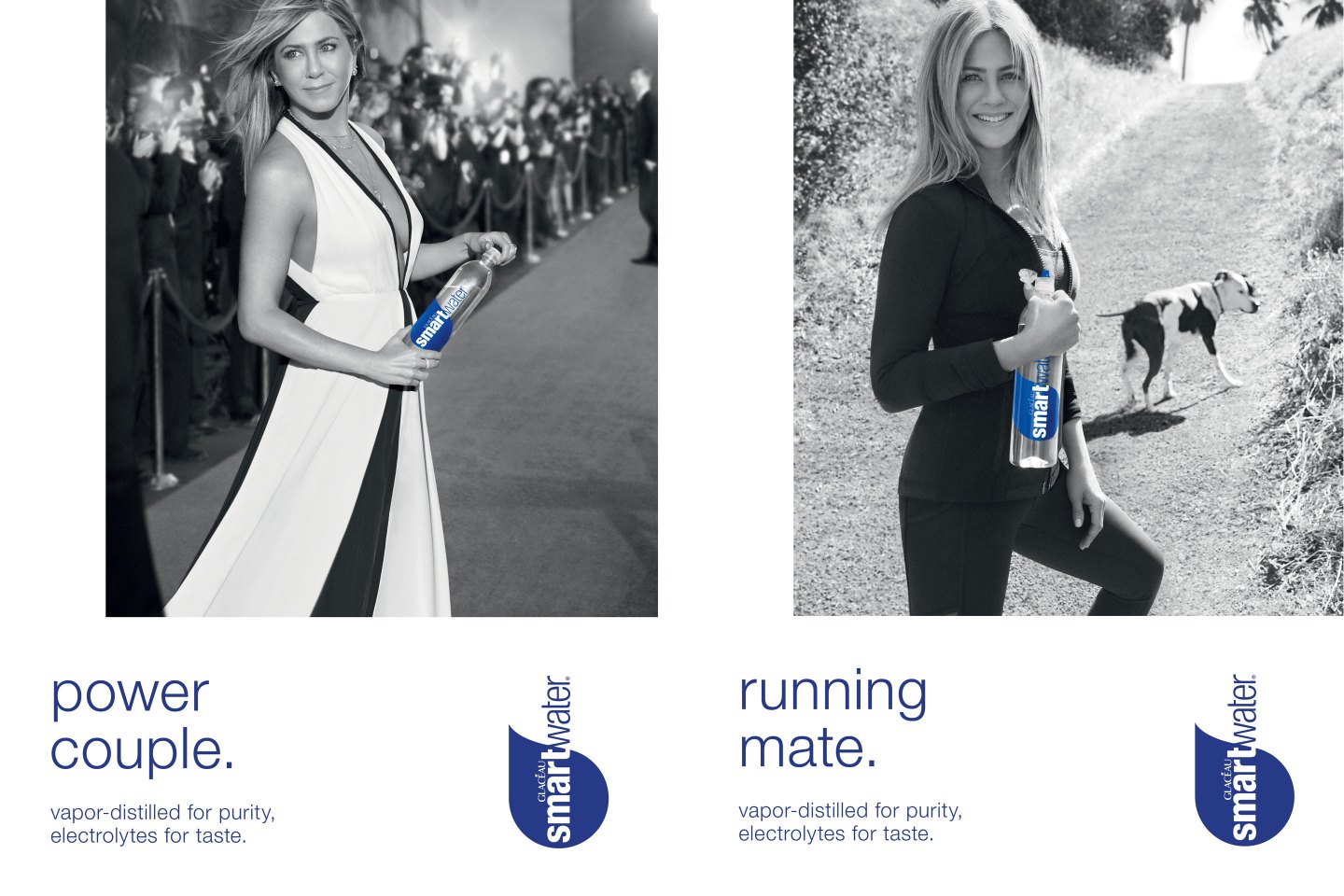 Coca-Cola’s Smartwater brand is the top-selling premium-priced water brand in the United States. Now, the beverage giant wants to ensure the brand retains its market-leading position.

This spring, the soda giant will unveil a new ad campaign starring actress Jennifer Aniston, who has served as a longstanding brand ambassador and has starred in Smartwater ads in the past. The campaign—which will run in print magazines, on digital and social platforms, but not on television—focuses on the brand’s “purity and clean taste,” Coke says. It features four “candid” Aniston moments, including a hike with her dog and while she’s walking on a red carpet. Of course, in both pictures, the Friends and Office Christmas Party star is depicted holding a bottle of Smartwater.

Coke’s (KO) decision to run new, high-profile Smartwater ads featuring a well-known celebrity comes as competition in the bottled water space heats up as more consumers gravitate to the category and away from sodas. Americans now drink more bottled water than soda—with companies like Coke, PepsiCo (PEP), and Nestle (NESTLE-S-A) all looking to capitalize on that trend.

But within the bottled world, there’s a so-called “premium” category. Premium waters feature fancy bottle designs and come with higher price points. The market is worth an estimated $2.8 billion in the U.S. alone—with Coke’s Smartwater commanding about 45% of that sub-segment. Fiji ranks a distant second with 19%, followed by 12% market share for Nestle’s San Pellegrino.

Coke’s new campaign is almost certainly a response to a major competitor spending millions to tackle the growing market. Trade organization Beverage Digest has reported that creating a successful premium water requires “a much higher investment than simply entering the economy packaged water space. The product must provide a reason for consumers to prefer one brand over another.” Celebrity endorsements are one key way a brand like Smartwater can stand out.

For now, what Coke is doing with Smartwater is working. The soda giant has owned the brand for a decade, when it bought Glaceau, the maker of Vitaminwater. That deal also came with Smartwater—a brand that enjoyed a double-digit gain in volume last year in the key North America market. Along with Vitaminwater and Coke’s dairy brand Fairlife, the soda company’s more diverse beverage portfolio helped it report growth in North America for 2016 that outpaced the overall global business.