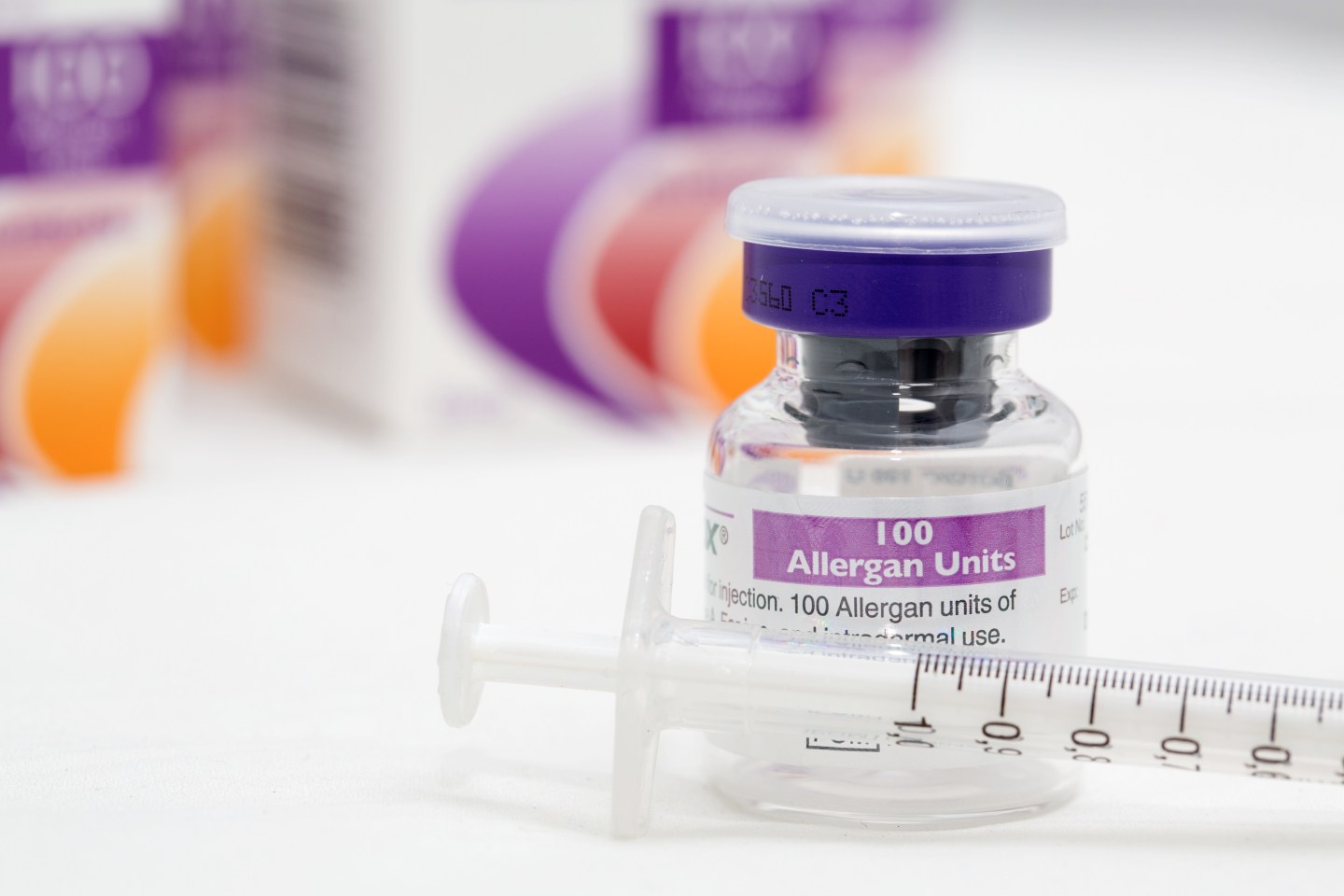 The pharma giant announced on Wednesday that it would be moving its wrinkle-buster into late-stage clinical trials as a therapy for major depressive disorder (MDD) in women. That’s despite newly unveiled phase 2 trial data that shows Botox narrowly missed the mark of providing a statistically significant medical benefit for the disorder.

Depression is scored using a metric called the Montgomery-Asberg Depression Rating Scale (MADRS). Allergan tested two different doses of Botox via injections to the face and compared them against placebo in 258 patients. The results were a mixed bag. At the lower 30-unit dose, trial participants given Botox saw their MADRS score cut by 3.6 points (meaning they exhibited fewer depression symptoms) compared to placebo after six weeks of treatment. The higher 50-unit dose, however, didn’t outperform the placebo. Both dosage levels were well-tolerated by patients.

But depression drug trials can be particularly tricky with regards to the placebo effect. And Allergan executives are confident that a larger, late-stage trial will ultimately show that Botox’s impact on depression is statistically significant.

“We are encouraged by these data and the potential impact on adults with major depressive disorder,” said Allergan head of R&D David Nicholson in a statement. “We plan to move forward and develop a Phase 3 program for a potential new treatment option for patients.”

If proven effective, Botox would be a unique entry into the world of antidepressants. The most commonly used depression drugs, such as Zoloft, Lexapro, and Prozac, are SSRIs, which work by preventing the brain from sucking up (or “re-uptaking”) the mood-modifying chemical serotonin so that it can be used by the brain.

Allergan believes Botox could have an effect on the brain chemical imbalances associated with depression by modifying facial muscle contractions.

The skincare injection is already a mega-blockbuster. Last year, it generated nearly $2.8 billion in global sales. As one of the industry’s most recognizable brand names (alongside “Viagra”), it’s not surprising that Allergan wants to extend the treatment’s reach. And because depression is a prevalent condition particularly among women, who are about twice as likely as men to suffer from the disease, the market size is huge. About 12 million American women experience clinical depression every year.

And Allergan has a few more cards up its sleeve when it comes to depression drugs. In February Brent Saunders, the company’s chief executive, told Fortune he thinks his company can become a game-changer in the space, citing another treatment, the NMDA-blocking drug rapastinel. “I think Allergan could could really make a profound impact in disorders of the brain,” he said. “Rapastinel has the potential to change how we think about treating depression, and major depressive disorders, and potentially suicidality—which is a top 10 cause of death with, frankly, very few treatment options, if any at all.”