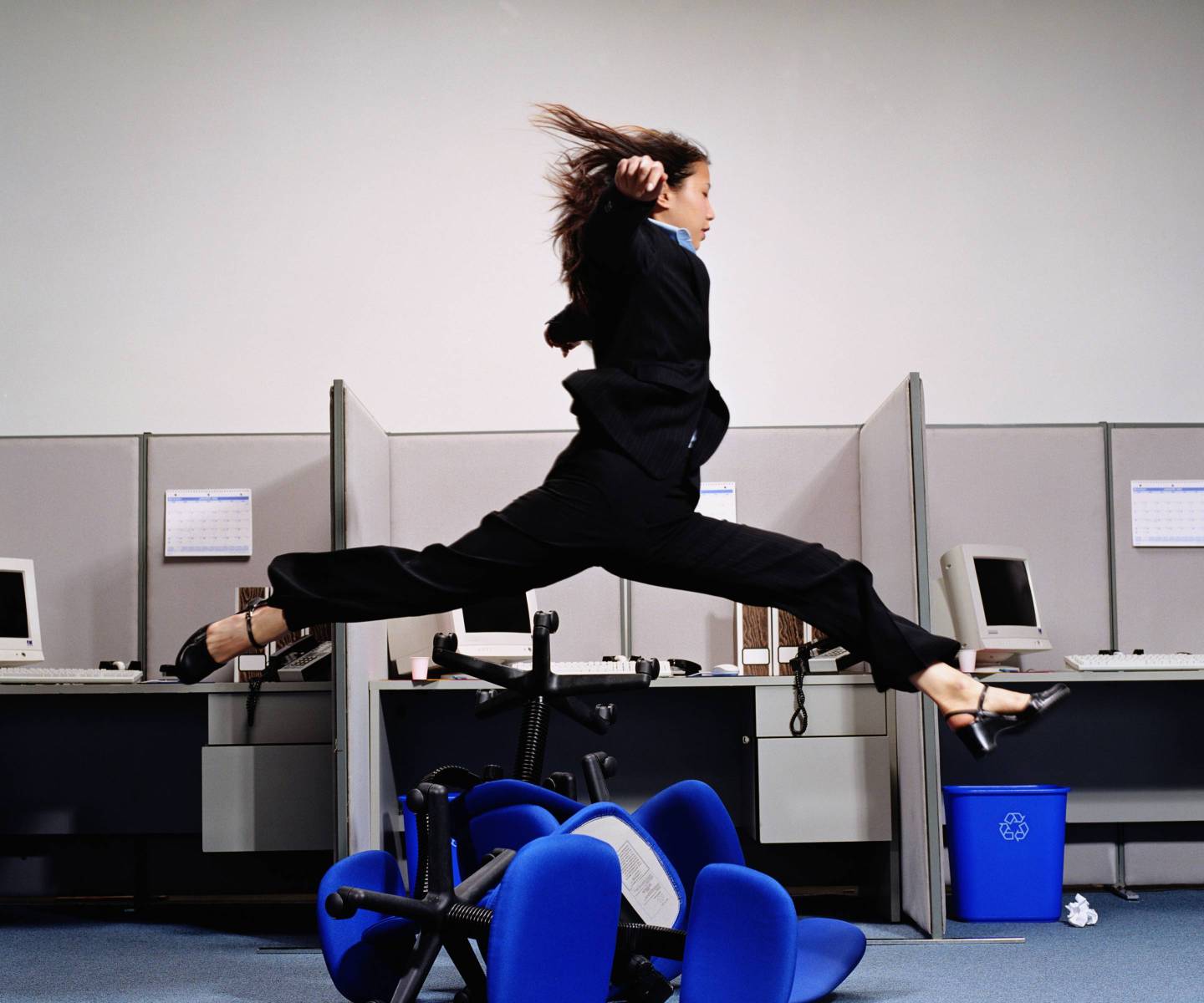 The MPW Insiders Network is an online community where the biggest names in business and beyond answer timely career and leadership questions. Today’s answer for, “What’s the best piece of career advice you’ve ever been given?” is written by Sally Blount, dean at Kellogg School of Management at Northwestern University.

If your goal is to find work that truly motivates and challenges you, at some point you will have to conjure up the confidence to buck convention. You’ll need to think less about brand, status, and what others think you “should” do. Instead, you will need to focus on finding a job that aligns with the person you want to become.

Conventional wisdom says we should stay with the herd, keep safe, and hedge our bets. But as someone pointed out to me in my twenties, following conventional wisdom doesn’t lead to inspiration or growth opportunities. It doesn’t dramatically change your network, expand your knowledge base, or allow you to discover what uniquely energizes you. The only way to do that is to head off on a different path.

There were two key points in my career when I made unconventional choices. Each one changed my life in important ways. The first came as I was finishing up a two-year, post-college job at the Boston Consulting Group. All of my peers were headed to prestigious MBA programs. I was too, but my heart wasn’t in it, and three weeks before I was supposed to return to school, I backed out.

I decided instead to take a job as the business manager of a 20-person architecture and design firm that focused on boutique corporate projects. Many people, especially my parents, thought I was crazy. What was an engineer from Princeton with two years in premier management consulting under her belt doing at a small architecture firm? Where could this lead me?

But I took in many important lessons at the architecture and design firm. I learned in real time about how a business works; the importance of cash flow, pricing, and collections; and the centrality of culture and brand in differentiating yourself in a competitive marketplace. I also learned how to hire and fire people. All of this learning proved invaluable in my future life as a business school dean. As fate would have it, decades later I was charged with overseeing two large business school building projects at New York University (NYU)-Stern and Northwestern-Kellogg. I could not have been better prepared!

My second unconventional move came more than a decade later. After the architecture and design firm, I went back to school, got a PhD, and landed my first faculty position at the University of Chicago’s business school. I’d been there nine years when the opportunity came to switch to NYU, and I grabbed it. Many thought it was a mistake. NYU was not considered as prestigious or well-resourced. But to me, it felt like it might be a much better cultural fit. (Back then, Chicago was filled with male economists, had very few women or psychologists, and was known for its rough culture.)

As it turned out, I was right. The fit at NYU was better, so much so that I really began to thrive as a professor. And I got noticed by NYU’s president, who became one of my most influential mentors and the most important sponsor of my career. He saw a leader in me before I ever did.

It’s helpful to use big status affiliations early on to launch your career. They’ll give you legitimacy and credibility. But to grow into a truly high-impact leader, there will likely come a time when you will need to make the choice between the safety of status and the possibility of a better fit and unique growth opportunity.

I am grateful that I learned to hear and heed that still, small voice within me—as opposed to the voices of those around me—and took those new, unconventional job opportunities. In each position, I was pushed to be more courageous and creative than I ever knew I could be.