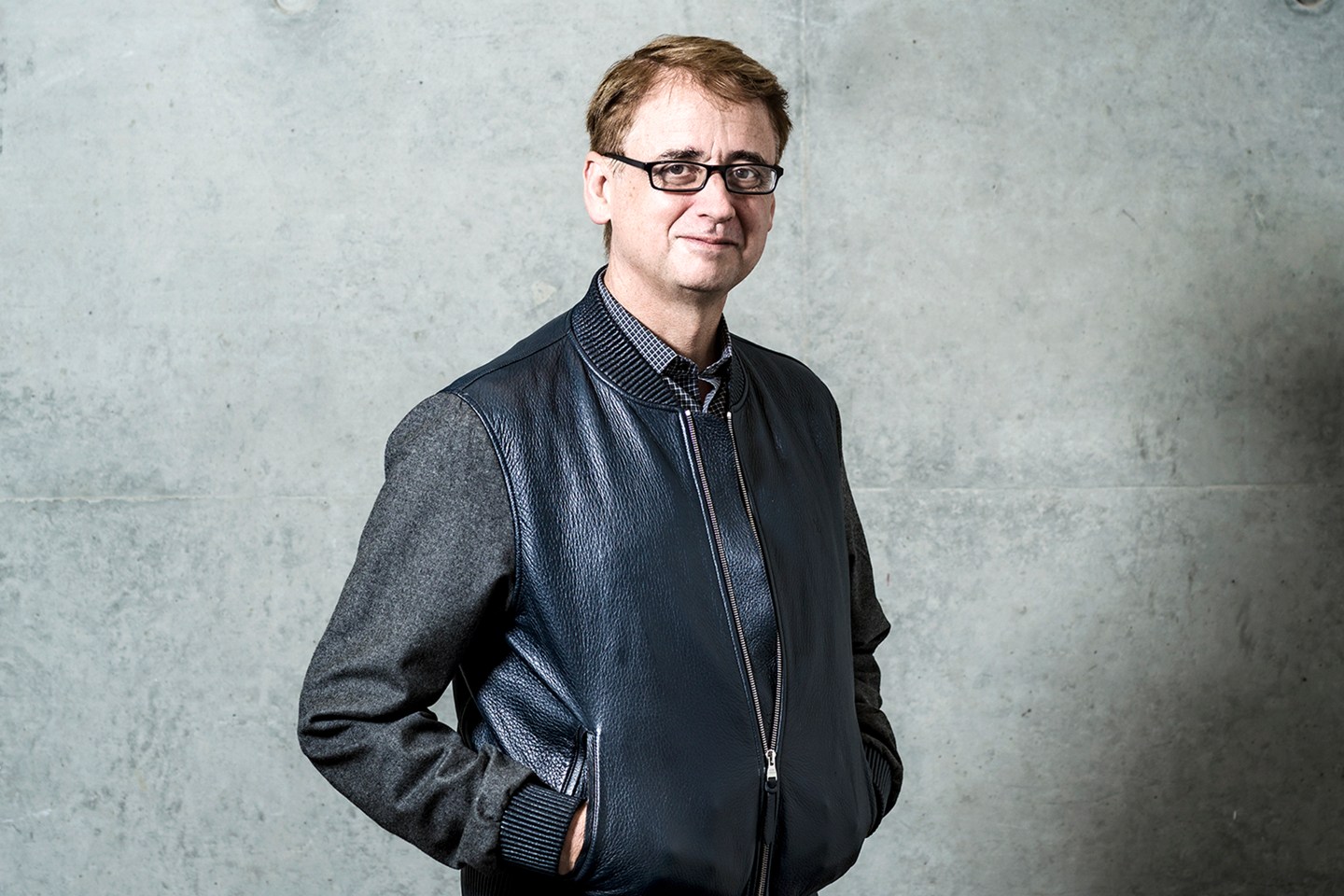 Photograph by Winni Wintermeyer for Fortune

In his view, IBM (IBM) has a better story when it comes to keeping local data local, as required by some countries’ privacy and data sovereignty laws. And, IBM is better able to help Fortune 500 companies manage some data and applications running in their own data centers alongside some in a public cloud owned and operated by IBM, Kenny said.

Speaking in an interview before the IBM InterConnect tech conference which kicks off Monday, Kenny told Fortune that the company will stress these advantages to win large corporate customers. “We’re providing what’s needed in a cloud to handle big data that’s processed in real time,” he noted.

He acknowledged that Google talked about this notion of superfast big data processing at its conference two weeks ago, but Google(GOOG) is coming at the problem from a “consumer-first” perspective while IBM is and has always been focused on the needs of businesses, Kenny said.

These are not really new arguments for Big Blue, but Kenny and other IBM executives including CEO Ginni Rometty plan to outline new products and services that promote this worldview this week at the conference in Las Vegas.

Early Monday, to kick things off, IBM announced what it called “Blockchain as a Service”, a cloud offering that it says will help big customers construct networks that handle data securely. Blockchains is the ledger technology that underlies bitcoin and that keeps tabs on transactions. IBM’s new system is designed to allow only authorized group members to view the data and prevent any tampering with that data. IBM started touting its plans for a commercial version of blockchain for corporate data last summer. The new service is based on the open-source Hyperledger Fabric from The Linux Foundation.

At InterConnect, “you’ll hear more about our roadmap to connect the cloud world to the on-premises world since many customers have data that’s lived historically on premises. This is the famous ‘hybrid’ word that is perhaps overused,” said Kenny, who came to IBM via its acquisition of The Weather Company two years ago. Kenny was initially named general manager of IBM’s Watson artificial intelligence (AI) effort, but last fall he was named senior vice president of cloud and Watson.

IBM has long-running relationships with almost every Fortune 500 company and its C-level executives, which is an advantage. Its disadvantage is that Amazon Web Services has been wooing and winning business customers to its public cloud over the last 10 years. IBM was late to this information technology delivery model, in which one company amasses and manages vast pools of computing, networking, and storage resources in data centers around the world and then rents them to paying customers. Many of those customers view public cloud services as a way to augment or even replace their own data centers.

For more on IBM, watch:

IBM and other legacy tech companies like Microsoft (MSFT) and Hewlett-Packard Enterprise (HPE) would argue that most big customers will, in fact, keep some data and applications running internally. The strategy at AWS, they say, still centers largely on hoovering up data and applications and moving them to its cloud. This all-in approach was exemplified a few months ago when Amazon announced Snowmobile, an actual semi-trailer truck equipped to ship 100 petabytes of data to an AWS data center. That is a one-way trip, critics say. (It should be noted that AWS also announced several smaller devices that will run data outside its cloud, an acknowledgment of sorts for the need of distributed computing.)

“The truck is an interesting way to go,” Kenny said. “That is a model in which everything belongs in our cloud so we’ll send a truck and vacuum everything up. Our view is we’re not sure that’s the best return to put everything in the public cloud.”

Kenny acknowledged that much of IBM’s next-generation technology was designed for existing legacy customers but he noted that many new companies are turning to IBM as well. “They say the all-public cloud model does not make sense and is not the most cost-effective for them,” he said. For some very large applications,

“If you’re a company with a lot of data that creates competitive advantage, IBM provides the best way to make the best use of that data. You do not have to lift and shift,” he said.

There are examples of data that should remain under lock and key. Banking balances for example, might stay put, in a corporate data center, but made viewable to customers, he noted. “It’s much better than expecting that banks move everyone’s balances to the cloud. We can also make sure your data only resides in the European Union, if that’s a requirement. ”

Kenny also vowed that IBM will get more aggressive on pricing for some services, including object storage.”Today if you buy storage and you don’t use it, you lose it. We’ll offer pricing tied to actual usage.”

Object storage, for non-geeks is technology that stores a document or image in its entirety, along with associated information about the document or image, which is called meta data. That contrasts with file storage which splits files into myriad pieces, each of which is stored with its own address.

Most big business customers need not only technology but services and managed services, which IBM provides.

The cloud landscape is characterized by big tech companies with long pedigrees—IBM, Microsoft, HPE, Cisco (CSCO)—coming up with ways to combat the prohibitive market leader in AWS. Meanwhile, Amazon itself is adding services, and managed services, to offer the sort of handholding that big Fortune 500 companies have come to expect.