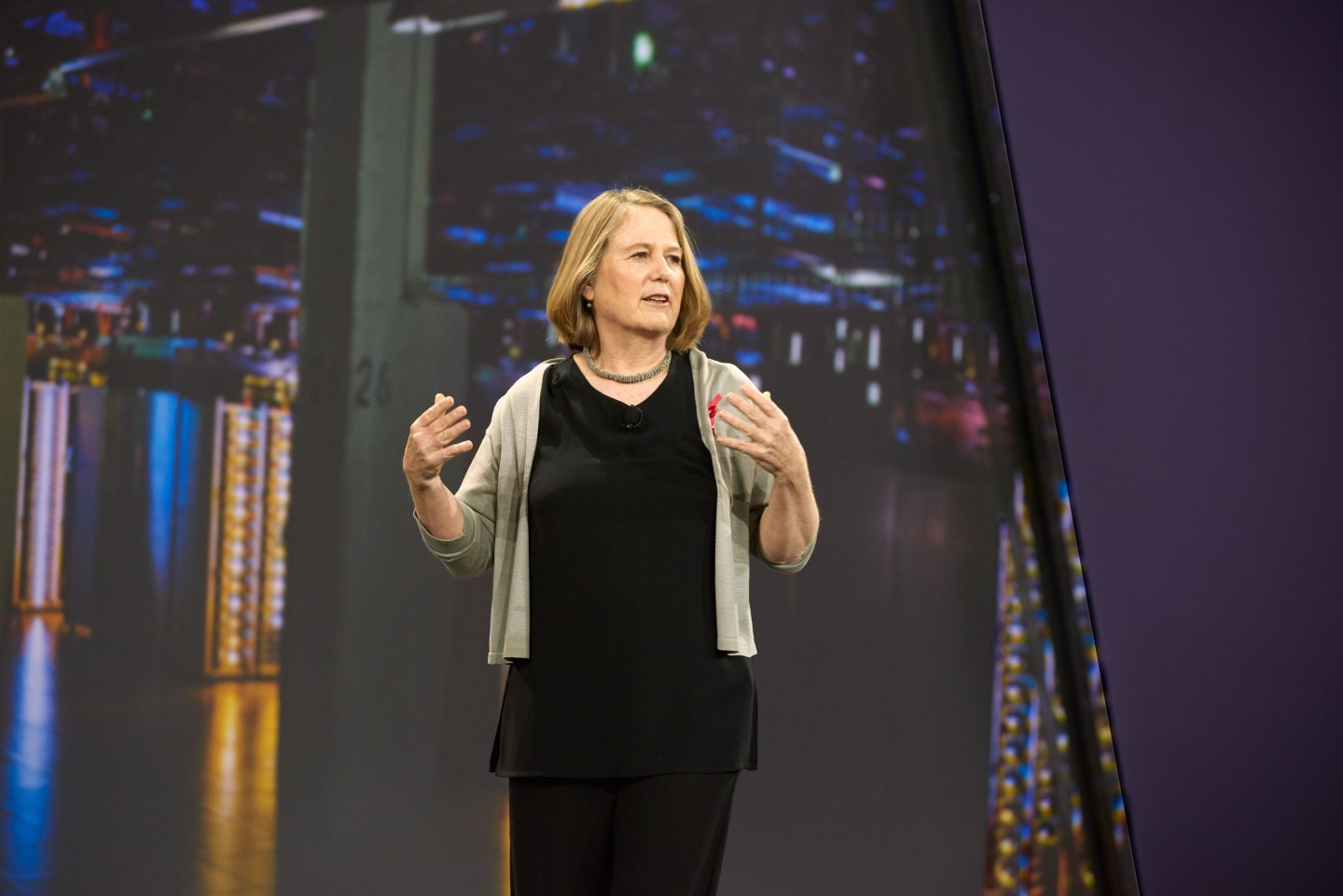 Google executives once again took to the stage Wednesday to say the Internet search and advertising company is 100% committed to providing cloud computing services to business customers.

At the company’s Google Cloud Next tech conference in San Francisco, the company’s brain trust said it will be a key provider of computing, storage, and networking services for Fortune 500 companies.

Google “has both the money, the means, and the commitment to pull off a new platform for computation globally for everyone who needs it,” Alphabet chairman Eric Schmidt told several thousand keynote attendees on Wednesday morning.

But to do so, the Alphabet’s Google (GOOG) has to calm remaining fears that it will roll out—and then kill—services, something it has done in the past with products such as Google Reader, Google Search Appliance, and most recently Google Site Search, a version of the company’s search tool that companies can use internally.

Asked about this notion of ephemeral products at a press event later on Wednesday, Google executive vice president Diane Greene said she wanted to “smash that perception that we deprecate things.” “Deprecate” is a tech term meaning discontinue.

While Greene acknowledged that the company did cut the search appliance, it did so with full notice and support for a year. But as for cloud going forward? “We can’t take things away,” she said. “We’re here to be a full-on enterprise company.”

@gigabarb in the wake of a form letter-style email notification letting us know that Site Search is going away :(

Not to put too fine a point on it, but nothing screams “enterprise” like SAP software, so it was an important endorsement for Google’s cloud efforts.

Schmidt issued the most powerful sales pitch at companies that might be outgrowing their own data centers:

“We put $30 billion into this platform. I know because I approved it. Why try to replicate that?” he told attendees. The $30 billion refers to all of Google’s capital expenditure on infrastructure over the last three years. It’s safe to say that very few big companies can match that.

At the event, Google also announced its acquisition of Kaggle, a company that has cultivated a large community of data scientists and machine learning specialists. Terms were not disclosed.