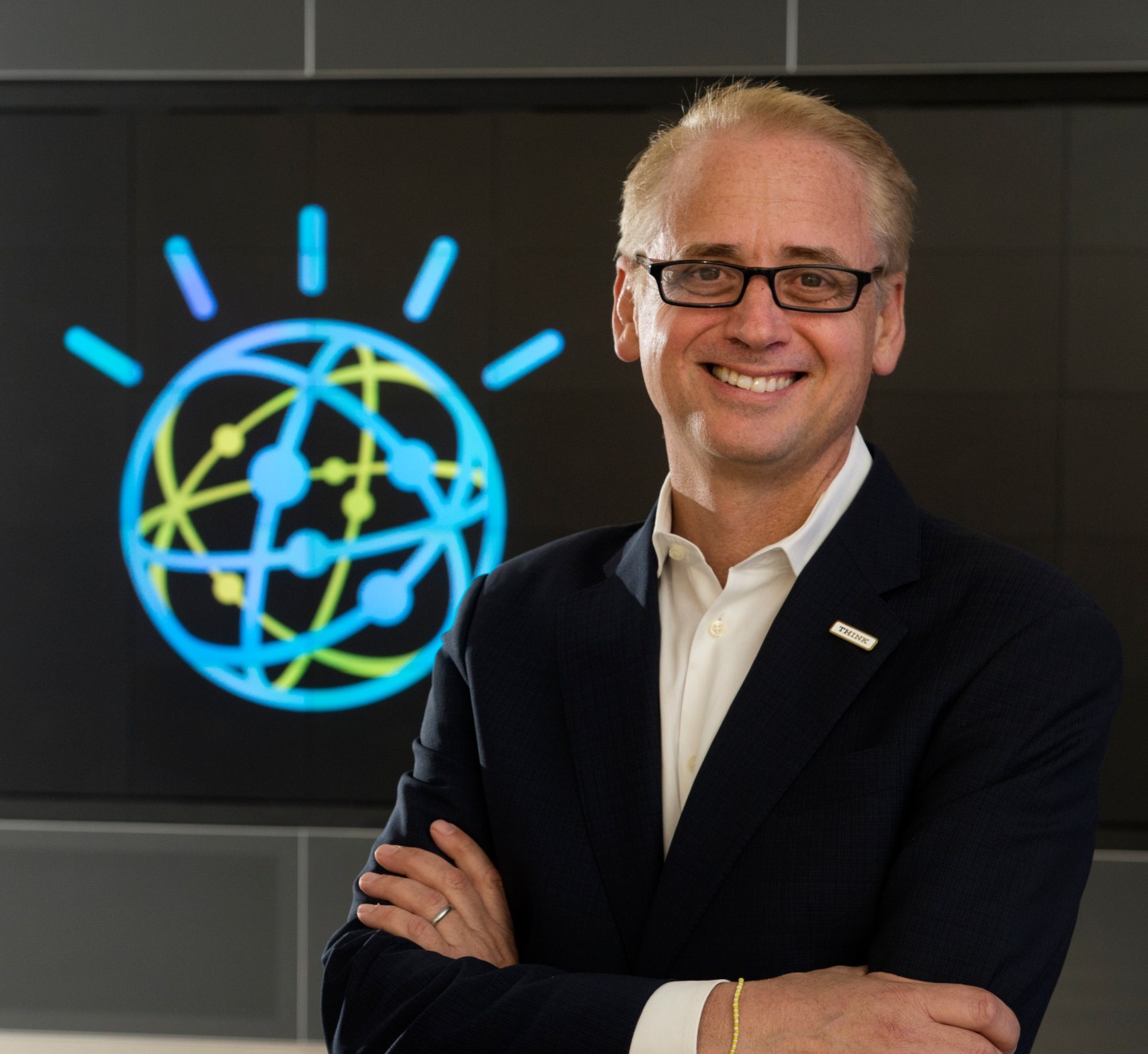 Photograph by Jon Simon for IBM.

Kenny has an impressive resume. Before The Weather Company he was CEO of Digitas, the eggheady digital advertising agency acquired by Publicis in 2006 for $1.3 billion, and president of Akamai (AKAM).

“IBM has the lead in cognitive computing and they want it to become more productized and repeatable,” Kenny told Fortune in an interview.

If he can succeed in that, it would address one criticism of Watson: that while its potential for self-learning is impressive, it remains more a collection of technologies, “a science project,” in the words of one would-be customer, than a product that can be bought without a ton of ancillary services.

Overall, IBM (IBM) is working on that issue as it builds Watson businesses around healthcare, in a unit now led by Deborah DiSanzo, formerly the chief executive of Philips Healthcare. There is also a new Internet of things unit under Harriet Green, the former CEO of Thomas Cook Group.

That’s a lot of CEOs from outside companies in there, perhaps reflecting IBM chief Ginni Rometty’s desire to get fresh blood into the 104-year old tech giant.

Meanwhile, The Weather Company—minus The Weather Channel, which was not part of this deal—will join IBM’s Data and Analytics business.

IBM said it is expanding the Weather.com site into China, India, Japan, Mexico, and Brazil using the company’s own cloud data centers.

For more on the problem with the Internet of things, watch:

Big Blue is working hard to transition into the booming world of cloud computing, big data, and analytics, trends that are powering up the Internet of things, in which billions of connected devices collect data for both consumer and industrial applications and typically pass it on to some sort of cloud for storage and analysis.

The IoT enables scenarios like letting a worker in the office check on her home heating situation with a smartphone. Or allowing a manufacturing company to remotely check on the performance of gear in the field and schedule preventive maintenance as needed.

The Weather Channel acquisition brings IBM a huge font of data to work with that could fuel all sorts of applications and service.

Amazon (AMZN) Web Services, Microsoft (MSFT), and the rest of the tech world is also in on this opportunity, with their own platforms, tools, data troves, and offerings.

They will also have to figure out how to deal with security issues that this massive collection of devices and the data they collect will spur.

It’s going to be an interesting era.