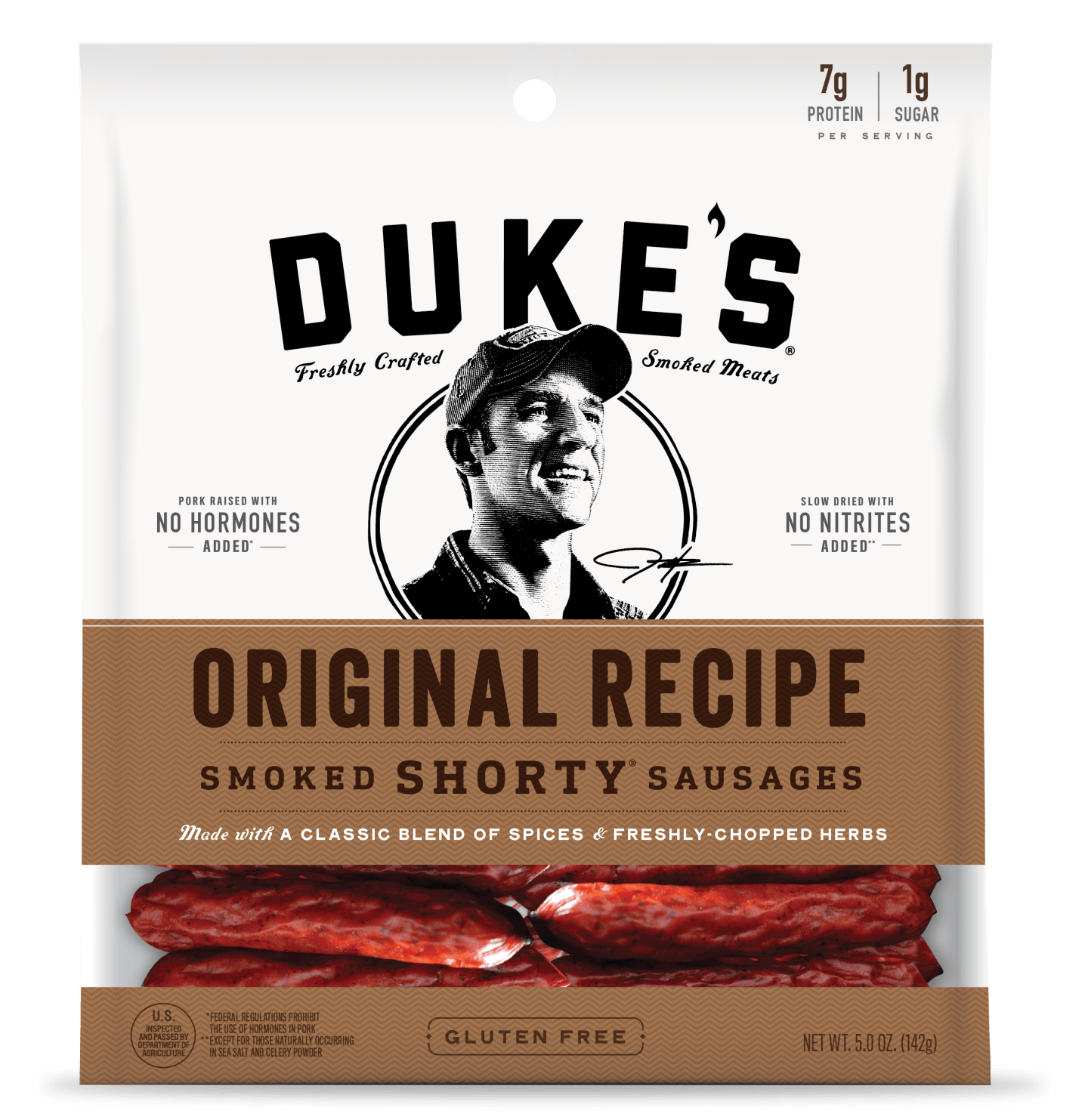 Conagra is buying the upstart food manufacturer behind the Duke’s meat snacks brand, the latest deal by a Big Food player to invest in protein at a time when consumers are seeking more of it in their diets.

The Slim Jim and Chef Boyardee maker on Thursday evening announced it entered into an agreement to buy protein-based snacking company Thanasi Foods, which sells Duke’s and BIGS seeds. Financial terms of the deal, which is expected to close this summer, weren’t disclosed.

“This is another exciting step in our ongoing efforts to reshape our portfolio to be more premium and modern,” said Conagra President and CEO Sean Connolly. “These on-trend brands extend our meat snacks and seeds businesses into faster-growing, more premium segments.”

Deal-making has been particularly popular in the world of protein, resulting in increased sales for meat snacks, Greek yogurt and alternative-based proteins that come from plants. Other deals in the space have included chocolate maker Hershey’s (HSY) acquisition of Krave beef jerky and the investments made by both Tyson Foods (TSN) and General Mills (GIS) in plant-based food startup Beyond Meat. The venture capital arm of General Mills, called 301 Inc., has made a slew of investments in alternative proteins, including in protein snacking brand D’s Naturals and nut milk cheese and yogurt brand Kite Hill.

Conagra’s acquisition of Duke’s also signifies the company’s recent focus on building a higher-margin portfolio, which also includes Hunt’s tomato products and Healthy Choice meals. Conagra’s sales have been sliding as it sold off the lesser profitable private-label business to TreeHouse Foods (THS) in a $2.7 billion transaction completed last year and also unloaded frozen potato processor Lamb Weston in a spin off completed in November. While Conagra has mostly been busy selling off various business units, it did announce another bolt-on acquisition in September when it bought a line of small batch salsas and sauces conceptualized by Chicago chef Rick Bayless, a company called Frontera Foods.

Conagra’s ultimate goal is to tackle the grocery store with higher priced goods and Duke’s fits into that trend nicely. For example, a four-pack of Duke’s “Shorty” Smoked Sausage costs $1.35 per ounce on Amazon versus the 65-cent per-ounce price for a bulk pack of Slim Jim sticks, the legacy brand already owned by Conagra.