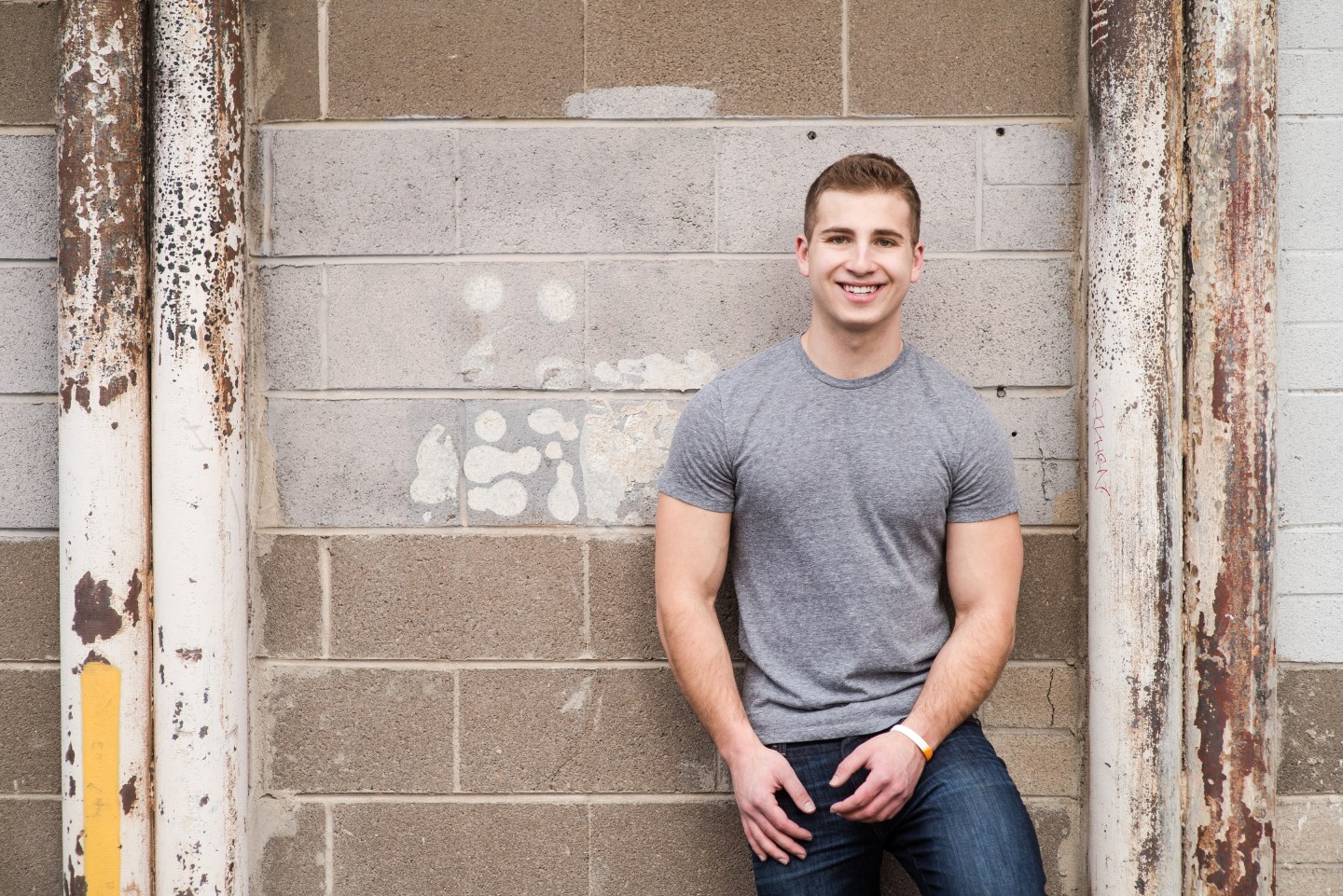 Daniel Katz is a 20-year-old Cincinnati native who created a protein-packed snack brand that’s generating nearly $10 million in annual revenue after just two years of business. And General Mills likes the brand so much it has become a financial backer.

On Tuesday, the healthy snacking startup D’s Naturals will announce it has received a “significant” investment from private-equity firm 2x Consumer Products Growth Partners and 301 Inc., which is the venture capital arm of cereal maker General Mills (GIS). Terms of the investment, which was led by 2x Partners, weren’t disclosed.

“This is the first investment I’ve taken outside of my family,” Katz told Fortune in an interview. “For the last two years, I’ve been essentially running this [alone] and it was getting to the point where I realized I couldn’t maintain it on my own.”

D’s Naturals makes plant-based No Cow Bars that are packed with protein and low in sugar, as well as a line of nut butters. All the items in the portfolio are free of dairy. “We think the combination of a bar that offers a plant-based source of protein along with low sugar is a great combination and very on trend with what consumers are looking for today,” says John Haugen, vice president and general manager of 301 Inc.

General Mills first launched a venture capital arm in the fall of 2015 to make bets on smaller startups that could someday become big players in the grocery store. With the investment in D’s Naturals, 301 has now invested in six brands, including plant-based food maker Beyond Meat, kale chips maker Rhythm Superfoods, and nut milk cheese and yogurt brand Kite Hill. The VC strategy is also being replicated (to varying degrees) by a handful of Big Food rivals like Kellogg (K), Campbell Soup (CPB) and Tyson Foods (TSN), as they all hunt for growth.

Haugen and his team at 301 are judicious about their investments at a time when hundreds of startups are raising billions of dollars from venture capital investors and Big Food rivals. He says 301 aims to invest in “differentiating” foods and packaging, prefers plant-based foods today as it views them as on trend, and also wants to believe in the entrepreneur’s story. “[Katz] personifies the brand, he lives the brand and he personally had a sensitivity to dairy and was looking for a snack to fuel him,” Haugen said. “He didn’t find anything so he went out and created it himself. I love, love, love that story.”

Katz, who first started as an entrepreneur when he was just 11 and selling goods on eBay and Craigslist, says he founded D’s Naturals at the age of 18 because he wanted a protein enriched snack that didn’t rely on dairy or were packed with high-sugar fruits. “What was on the market were candy bars in disguise,” he said. “For me personally being into health and fitness, sugar is my biggest enemy.”

So he worked to create a brand of bars that contain between 20 and 22 grams of protein, 160 to 220 calories, and 1 gram (or less) of sugar. “It is a great way to get your protein in without creating a full meal,” Katz said. That plays into a growing trend of consumers looking to add protein to their diet, resulting in more sales of protein bars, meaty snacks, Greek yogurt, and protein drinks.

While D’s Naturals already is stocked in more than 10,000 locations, most of the retail presence is in nutrition performance channels like Vitamin Shoppe and GNC (GNC). A relationship with General Mills’ 301 could help expand distribution, most notably to traditional grocery stores. 301 also thinks that the brand could expand into other food categories beyond protein bars and nut butter. And while 301 wants to also help D’s Naturals in terms of finding the right talent to propel the brand’s growth, it stresses the vision of the brand will be steered by Katz.

“Our objective isn’t to operate the business,” said Haugen. “We want to invest in players who can effectively build and run their business.”