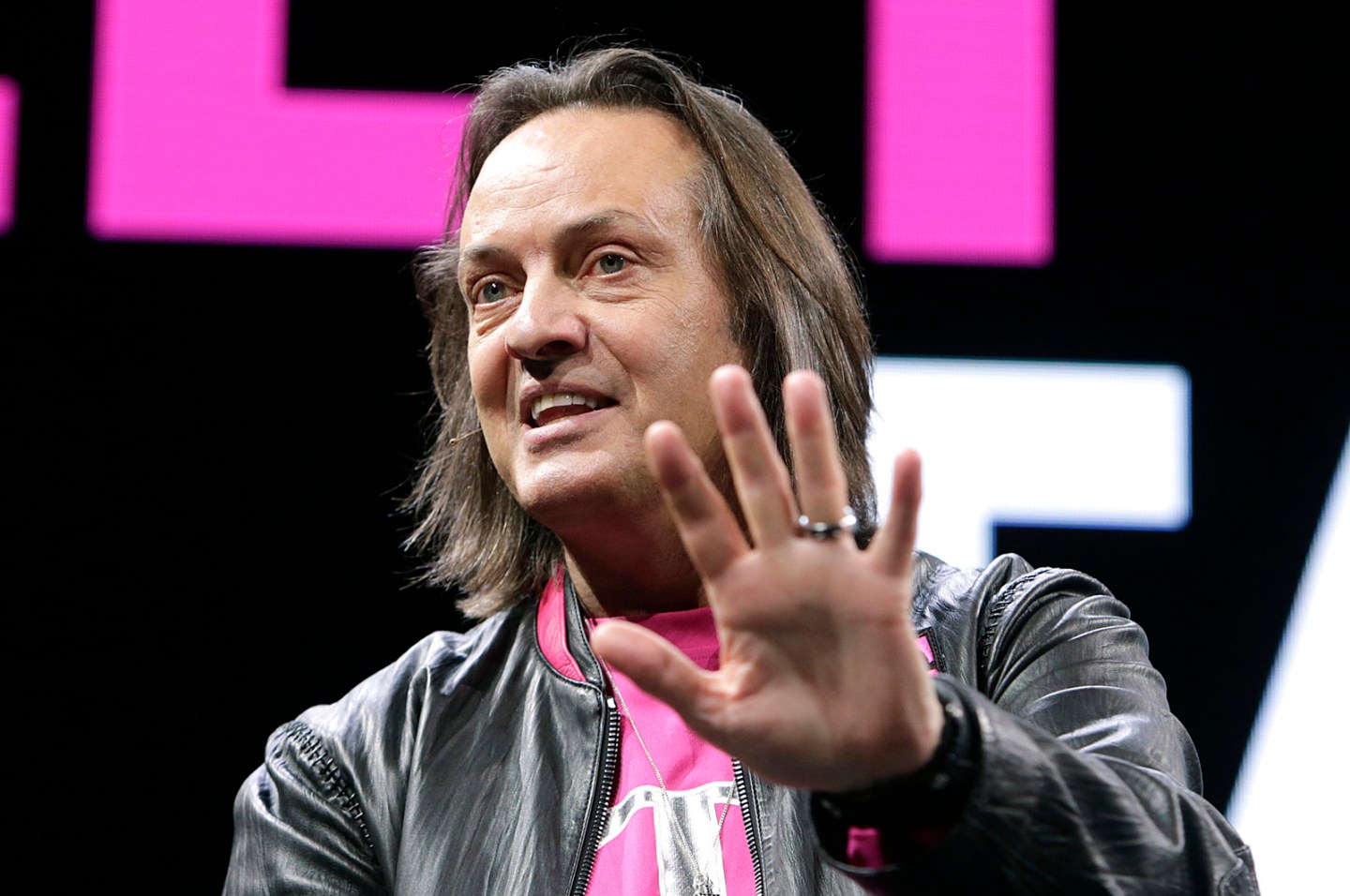 IMAGE DISTRIBUTED FOR T-MOBILE - T-Mobile US President and CEO John Legere announced the addition of 2.1 million net customers in the fourth quarter and 8.2 million net customers for 2016 during the Un-carrier Next event at CES on Thursday, Jan. 5, 2017, in Las Vegas. (Bizuayehu Tesfaye/AP Images for T-Mobile)
Bizuayehu Tesfaye — AP Images for T-Mobile

T-Mobile said it would let customers on its unlimited data plans use 7% more data per month before hitting slower download speeds, as the battle to attract mobile phone subscribers remains heated.

T-Mobile customers on the carrier’s unlimited plan, which starts at $70 for one line, can use 30 GB of data per month, up from 28 GB previously, before facing potentially slower speeds. Other carriers have set the level of potentially slowing data lower: 23 GB at Sprint and 22 GB on at Verizon and AT&T.

With the total number of wireless subscribers nearing a saturation point in the U.S. market, the four major carriers have gotten increasingly competitive with their plans. Sprint and T-Mobile first offered the low-priced unlimited plans last summer. Verizon followed last month, while AT&T (T) cut the price of its plan and opened it to all customers in recent weeks.

Now the carriers are battling with even lower prices and improved terms. In January, T-Mobile stopped adding extra fees and taxes onto customers’ bills. Sprint (S) is offering up to five lines of unlimited data for only $90 a month for a year. And all of the carriers have started to allow high-definition video streaming at no extra charge after Verizon (VZ) included that feature as part of its plan.

Though all of the new unlimited plans do away with limited monthly data allowances, and the hated overage fees they can bring, the carriers have all imposed a more subtle data speed limit. If a customer hits the monthly data threshold, downloads can be slowed dramatically for the rest of the month—but only in areas where the mobile network is busy or congested.

T-Mobile (TMUS) on Thursday took pains to explain that the 30 GB slow down level threshold was not a data cap, like in the old allowance-based plans.

“Customers can continue to use unlimited amounts of data,” the company said in a statement. And, “customers continue to get the fastest available speeds and may only notice a relative speed difference compared to other users during rare times and places of high demand.”