These 4 Female Bank CEOs Are Meeting With Donald Trump Today 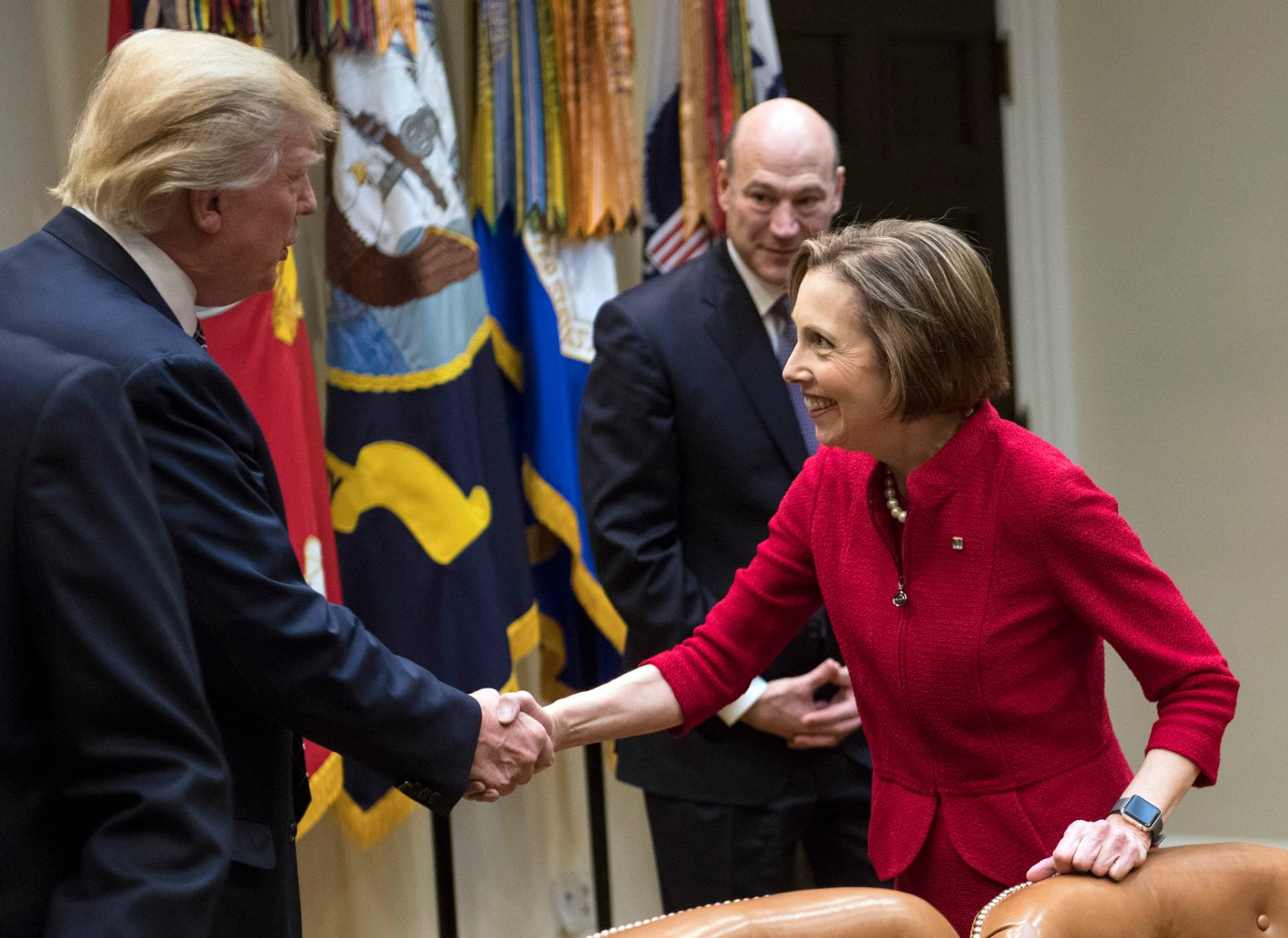 The president’s first key meeting since International Women’s Day won’t be without women.

On Thursday, Donald Trump is meeting with the CEOs of eleven community banks for their input on which regulations are hurting their ability to lend to consumers and small businesses, Reuters reports.

The gathering is meant to be a “listening session” that will help the Trump administration craft a legislative plan to ease the regulatory burdens on small banks, a senior White House official told the wire service.

That more than a third of the meeting attendees will be female is actually quite encouragin, considering the fact that just 12% of CEOs at large U.S. financial firms are women, according to Harvard Business Review. When it comes to commercial banks specifically, there is only one female chief in the top 20: KeyCorp CEO Beth Mooney.

Lower down the ladder, women are a much larger presence in the world of U.S. finance: They account for nearly half of management and professional employees, reports HBR.

President Trump has been criticized for the lack of female input in key legislation. A photograph of him signing an anti-abortion bill surrounded by a group of men went viral in January.

Trump’s cabinet is more white and more male than any president’s first cabinet since Ronald Reagan.