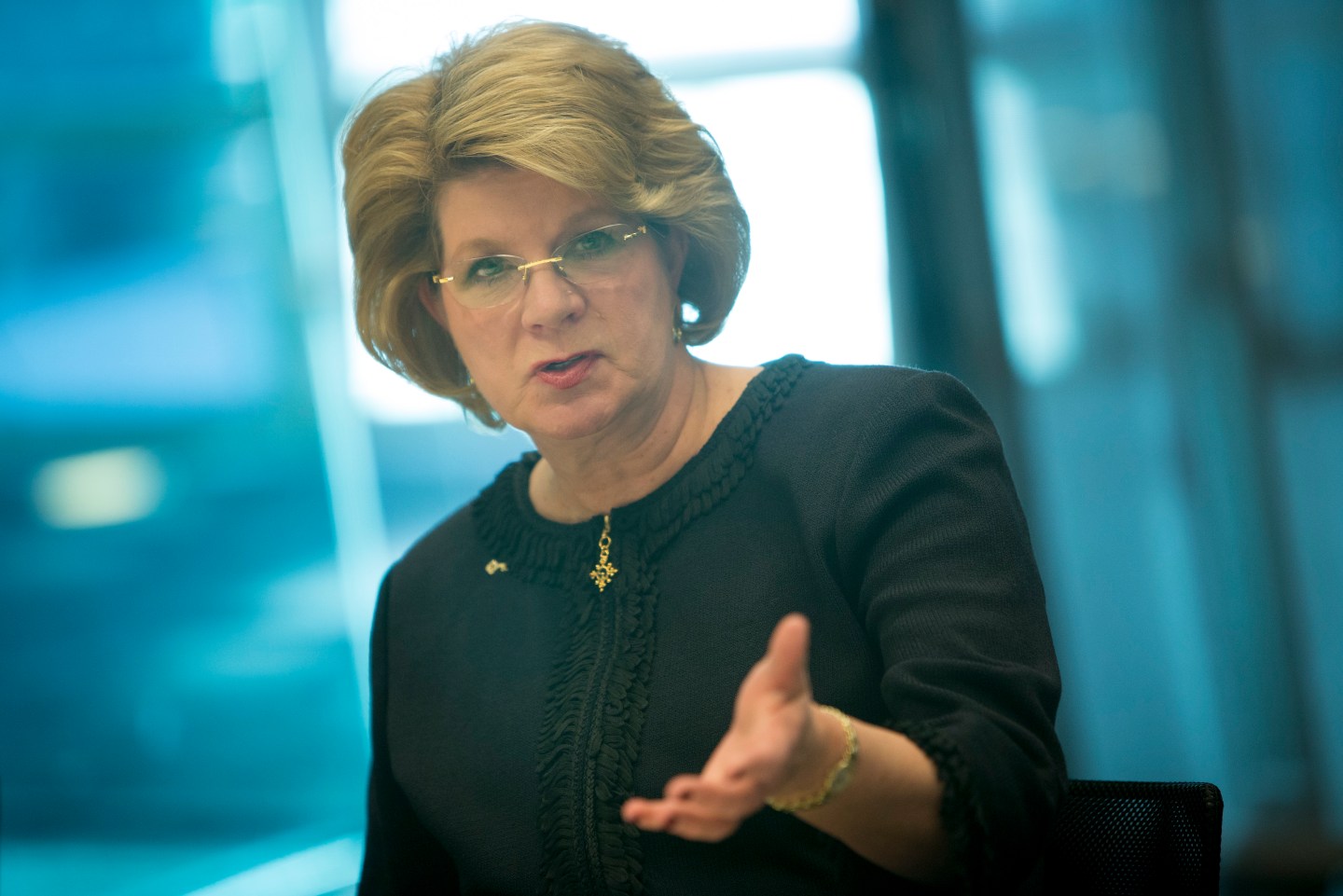 When Beth Mooney became the first female CEO of a top 20 bank in 2011, she took over an institution with approximately $90 billion in assets. Now, after Friday’s announcement that KeyCorp (KEY) is acquiring Buffalo, N.Y.-based First Niagara, that figure will surge to more than $135 billion.

KeyCorp spent $4.1 billion to acquire the community bank, a move that will create the 13th biggest U.S.-based commercial bank, according to Reuters.

Mooney, No. 48 on Fortune‘s Most Powerful Women list, will remain at the helm of the combined company—news that may come as a relief to those who keep tabs on the number of prominent female CEOs in the U.S. One such marker of progress, the number of female CEOs in the Fortune 500, has taken a hit this year, dropping from a total of 24 in 2014 to 22 today (and soon 21, when TJX Co. CEO Carol Meyrowitz steps down in January). According to American Banker, Mooney is one of just two female CEOs at large U.S. banking firms.

KeyCorp’s stock tumbled after Friday’s acquisition announcement, with analysts suggesting that the deal will take too long to pay off for investors.

But while the move is risky —”It’s not a slam dunk,” says Jennifer Thompson, managing director at research firm Portales Partners — there could be significant upside for Mooney if she can pull it off. (A KeyCorp spokesperson declined Fortune‘s request for comment.)

Mooney has a “limited track record” on handling deals of this size so “this is going to give Beth a tremendous opportunity to prove that she’s a very good CEO,” says Thompson. “There’s a chance to improve her overall credibility and position in the banking world if [KeyCorp] can do what they think they can do.”