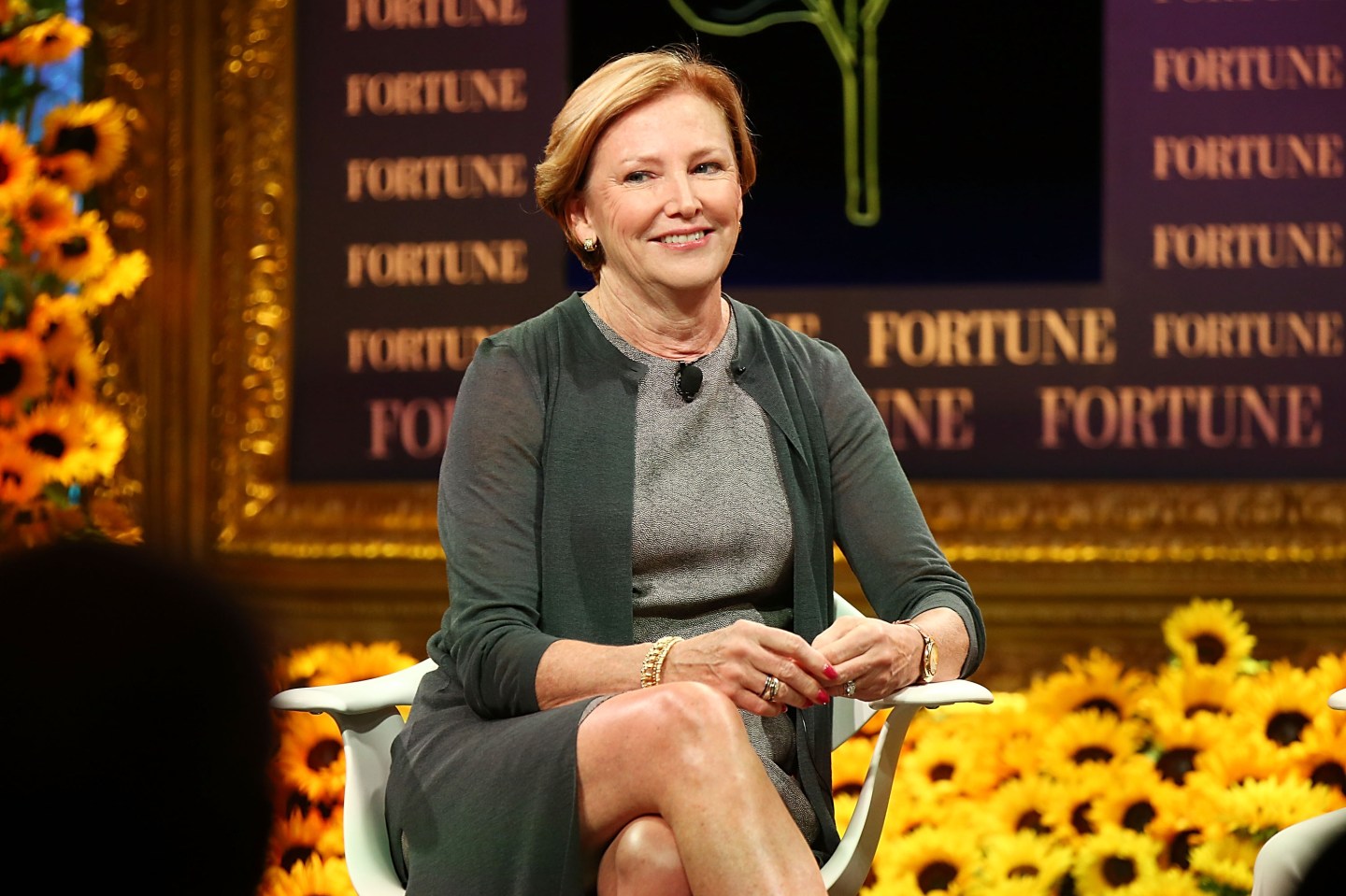 Women currently make up just 19% of the top executives in Corporate America, and a group of top business leaders wants that figure to improve—dramatically.

A coalition of 27 CEOs—including those from corporate heavyweights like Accenture, American Electric Power, Bank of America, Coca-Cola, LinkedIn, and McKinsey & Company—has committed to a new organization that is aiming for gender parity at the top of major companies by 2030.

Launched Wednesday, executives in the so-called “Paradigm for Parity” have pledged to take a number of steps in their effort. They’ve vowed to tackle tough management tasks such as: reducing unconscious bias in the workplace, bringing the number of women in top roles up to 30% in the near term (before reaching parity in 2030), and holding themselves accountable to the group’s goals with regular progress reports.

Among the co-chairs of the coalition are former DuPont CEO Ellen Kullman, Evercore Wealth Management partner Jewelle Bickford, and Sandra Beach Lin, the retired president and CEO of solar silicon maker Calisolar. In a statement, Kullman said the organization represented “the beginning of a movement focused on achieving a new norm in corporate leadership positions.” She also noted that there’s a business case to make for gender parity. “Powerful evidence links gender-balanced leadership with financial and stock market outperformance,” she said.

The group, which also includes CEOs from AstraZeneca, Cargill, Newmont Mining, and Nordstrom, has two other steps on its roadmap to bring more women into the upper ranks of major companies. The participants will evaluate employees based on their performance and impact on a business—as opposed to their physical presence in the office, to add flexibility to the workplace—and provide female workers with sponsors to help guide them to the firms’ upper echelons.

In a conference call with reporters, Bickford emphasized that the steps should be implemented “simultaneously” because “each action item reinforces the other.” As a woman with decades of experience in the corporate world, she said it’s been “frustrating” that “there has been so little progress” in getting more women into leadership positions. “We concluded that nothing would change unless women who already held senior positions took charge,” she said.

Corporate backers of the plan say it’s simply smart business. “We support this initiative not only because it’s the right thing to do, but because we know we can’t reach our full potential as a business unless we recruit, hire, develop and retain women leaders as part of a diverse leadership team that represents the markets we serve,” Coca-Cola Chairman and CEO Muhtar Kent said in a statement. “While we’ve made good progress in recent years, we are committed to pressing toward parity.”

While the Paradigm for Parity currently has 27 CEOs, Kullman says she hopes the figure will more than double in the coming months.

A similar effort is underway in the U.K., where the government wants to increase gender diversity in the upper ranks of the financial industry. In October, the U.K. government announced that some big-name players signed on to specific pillars of that effort, including 13 firms that pledged gender parity by 2021. Major banks—including HSBC UK, RBS and Lloyds—have committed to the U.K. government’s so-called Women in Finance Charter, which was established in March with the goal of adding more women to finance firms’ corporate boards and executive committees.