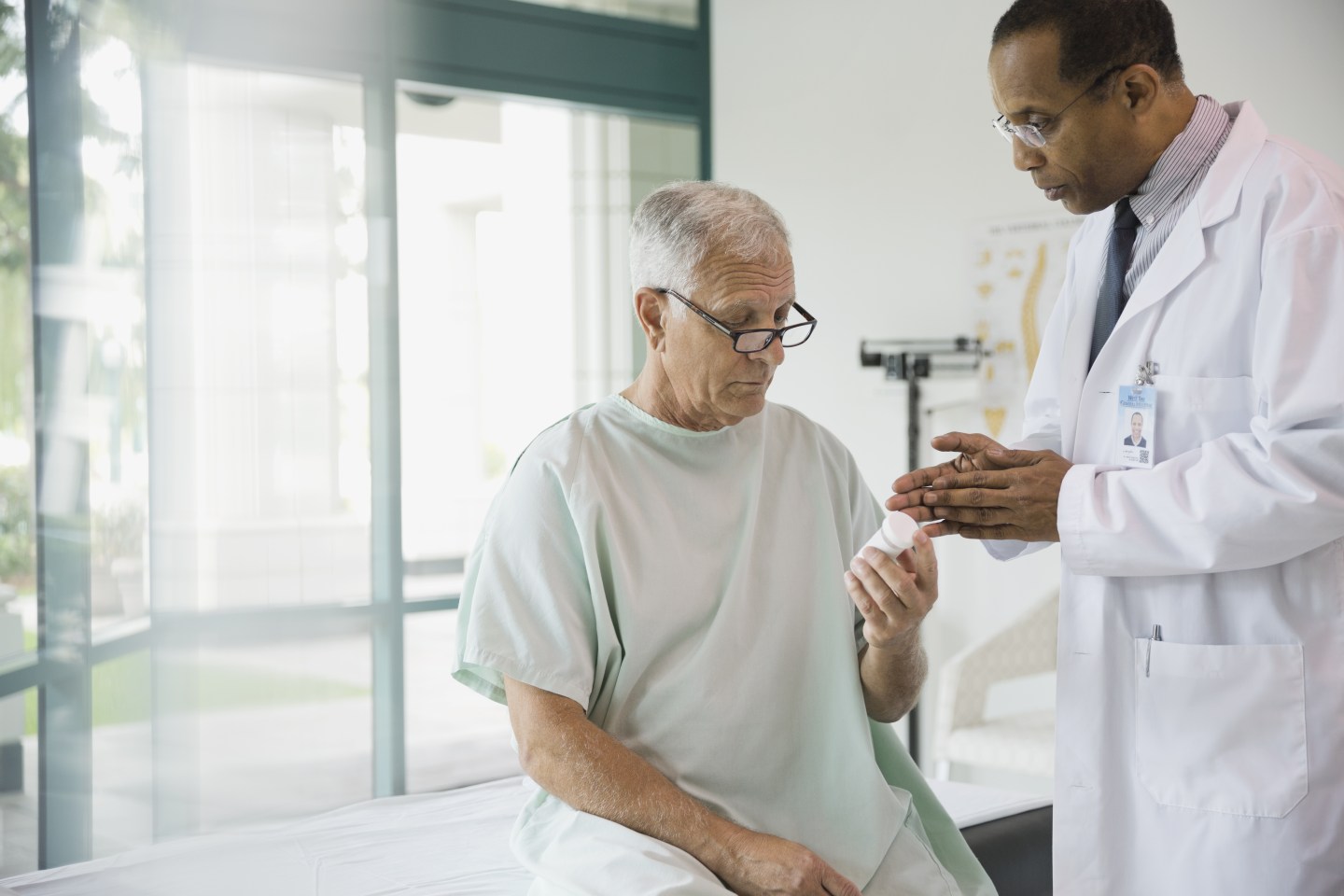 The AMA, the nation’s largest physicians’ group representing more than 220,000 doctors, residents, and medical students, was the latest to pile on against the so-called American Health Care Act (AHCA) on Wednesday morning.

“While we agree that there are problems with [Obamacare] that must be addressed, we cannot support the AHCA as drafted because of the expected decline in health insurance coverage and the potential harm it would cause to vulnerable patient populations,” wrote AMA CEO Dr. James Madara in a letter to Congressional leaders. Madara also cited the bill’s cuts to major public health and preventative health funds as unacceptable to doctors.

The AMA opposition follows action from both the 38 million-member strong AARP, which lobbies on issues affecting older Americans, and the AHA on Tuesday. “This bill would weaken Medicare’s fiscal sustainability, dramatically increase health care costs for Americans aged 50-64, and put at risk the health care of millions of children and adults with disabilities, and poor seniors who depend on the Medicaid program for long term services and supports and other benefits,” wrote AARP senior vice president Joyce Rogers in a stark, and surprisingly detailed, letter to Congress.

The AARP’s missive goes on to specify some of the tangible financial effects the GOP plan, which significantly scales back Medicaid and would largely benefit the young and rich at the expense of the old and poor, would have on seniors who are covered by Medicare, Medicaid, and private insurance alike.

The group also noted that the AHCA’s repeal of certain Obamacare taxes would make Medicare insolvent four years sooner than current law. And while Medicaid is traditionally thought of as a program for the younger working poor, the reality is that it also covers “over 17.4 million low-income seniors and children and adults with disabilities.”

“[I]t appears that the effort to restructure the Medicaid program will have the effect of making significant reductions in a program that provides services to our most vulnerable populations, and already pays providers significantly less than the cost of providing care,” wrote Pollack. The AHA has 4,500 member hospitals.

Plenty of other, smaller or specialty trade associations have also expressed deep concerns with the bill, including the American Academy of Pediatrics, the American Psychiatric Association, and the Federation of American Hospitals.One of the few major medical lobbies that has yet to speak up is America’s Health Insurance Plans (AHIP), which says it is still reviewing the legislation.

The Obamacare replacement plan has been drawing fire from all sides since its public debut Monday night. Conservative lawmakers have already said the bill is doomed in its current form because it amounts to a Republican, “Obamacare Lite” entitlement. A tsunami of influential GOP-linked outfits such as the think tank Heritage Foundation’s lobbying arm Heritage Action and Koch brothers-affiliated groups also announced their opposition.

Democrats, on the other hand, have slammed the legislation for its deep structural changes to Medicaid, which many believe will lead to deep benefit cuts and millions of people losing coverage, and other provisions such as the de-funding of Planned Parenthood.

Various House committees are slated to begin marking up the bill on Wednesday, and Democrats and Republicans are likely to seek broad changes to the plan.