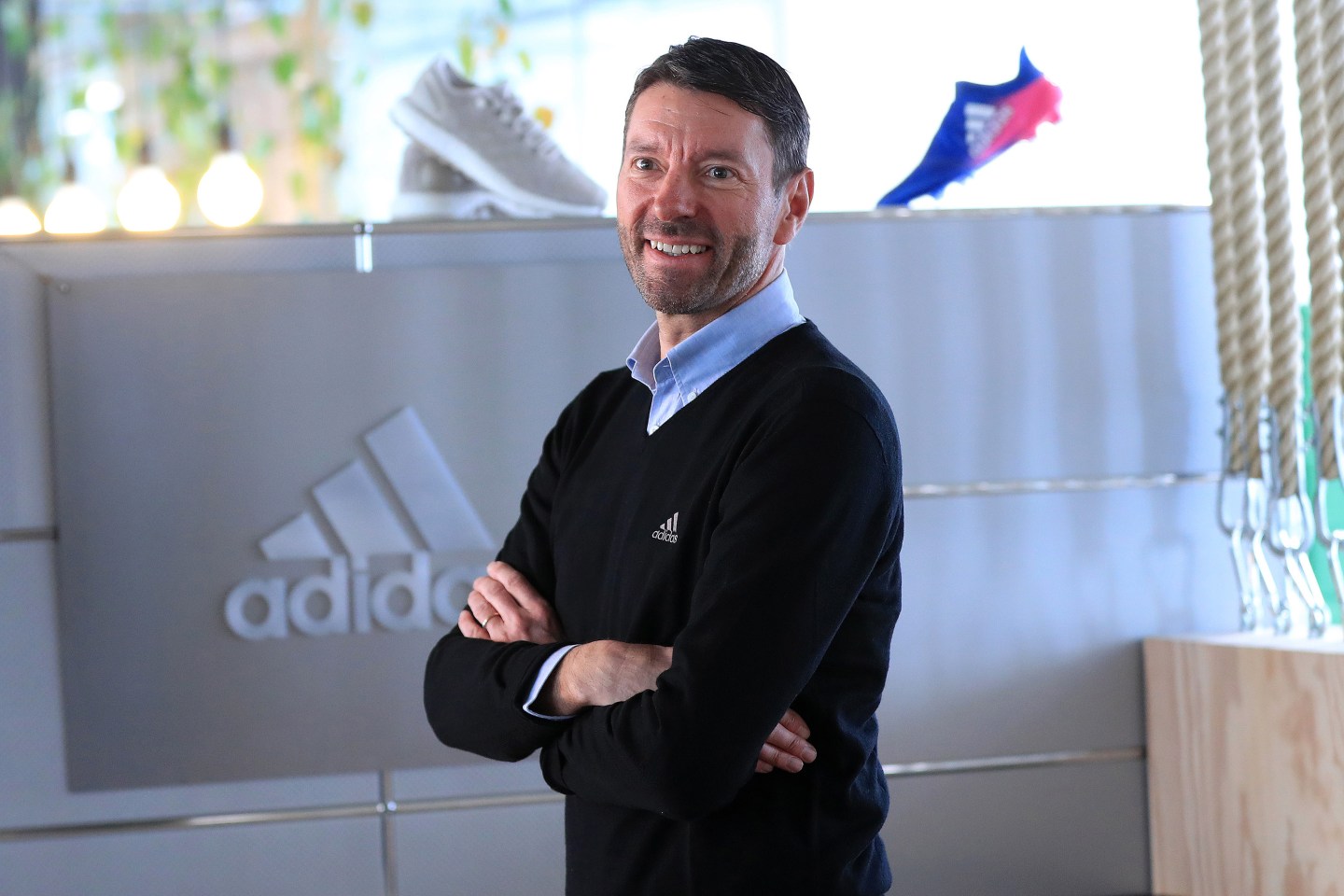 Adidas CEO Kasper Rorsted says the sporting-goods giant isn’t feeling too much pressure from a potential border adjustable tax that would levy a 20% tax on goods imported into the United States.

Manufacturers of many consumer goods like apparel, footwear, and toys have been vexed by the Trump administration’s consideration of a BAT that would impose taxes on items that are made abroad, a levy that would particularly hurt U.S. retailers. Adidas, Nike (NKE), and Under Armour (UAA)—like many sportswear manufacturers—make a vast majority of their goods abroad, mainly in Asia, and thus would be subjected to such a tax. If approved, it would likely result in higher prices for consumers, as retailers and apparel makers would almost certainly pass along some of the tax to shoppers. The industry’s top trade organizations are attempting to fight the tax.

But Rorsted, who ascended to the CEO post at Adidas in October after running beauty-care maker Henkel AG, says the tax is just one of many big-picture challenges that consumer products makers have had to face in recent years. He started as CEO in 2008 at Henkel and since then, he said he’s had to confront a number of macroeconomic challenges, including the the global financial crisis, euro crisis, Brexit, currency fluctuations in China, a recession in Brazil, and now—a possible border tax in the U.S.

“I’m not trying to belittle it,” Rorsted told Fortune in an interview. “But we live in a world where in any given year, we always think there is a great big problem. Right now, the discussion is the border tax.”

He added that because roughly 80% of the sporting goods industry’s products are made in Asia, a possible BAT would hit almost everyone evenly. “It is an industry concern rather than an Adidas concern,” Rorsted explained, adding that next year, a completely different big challenge will face the company and its’ peers.

Rorsted joined Adidas just as it became clear the the sporting manufacturer is enjoying a strong resurgence, with sales in the most recent year jumping 18% on a currency-neutral basis to 19.29 billion euro ($20.3 billion USD). Adidas also issued more bullish long-term targets, projecting currency-neutral sales growth between 10% to 12% on average between 2015 and 2020, above the prior target of high-single-digit growth over that period of time.

Adidas has enjoyed a rebound in the U.S. market due to a move to focus less on euro-centric design and marketing and instead pivot to ensure product development and marketing is more rooted in the local market. North America President Mark King told Fortune that Adidas has done “a really good job of telling the story of Adidas both technology and performance style—through the lens of the U.S. consumer.” The company’s performance has recently bested Nike and Under Armour in the critical U.S. market, though Adidas says it is still under penetrating the market.

One way that Adidas wants to get more local: manufacturing in local markets. The company later this year will open a 74,000-square-foot production factory called the “Speedfactory,” which will focus on running footwear and is targeting production of of 50,000 pairs of shoes in 2017. The company hopes to produce half a million pairs of shoes over the mid-term, though it declined to provide a specific timeline to achieve that goal.