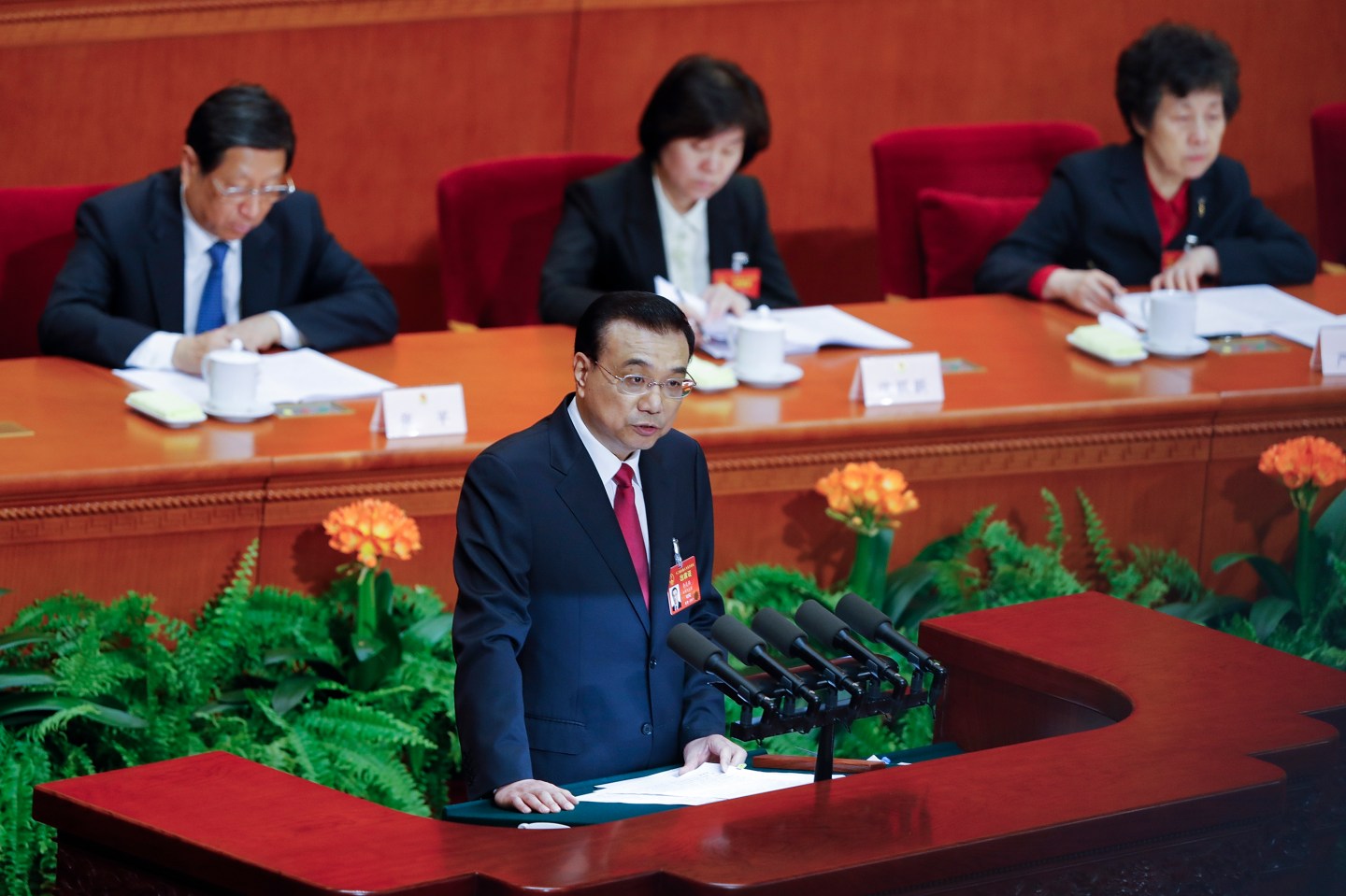 BEIJING, CHINA - MARCH 05: Chinese Premier Li Keqiang delivers his report during the opening session of the National People's Congress at The Great Hall of People on March 5, 2017 in Beijing, China. The government work report presented: the main goal of this year's development is that domestic GDP growth rate to about 6.5%, consumer prices rose about 3%. (Photo by Lintao Zhang/Getty Images)
Photograph by Lintao Zhang—Getty Images

Over the weekend, China’s Premier Li Keqiang said GDP growth would hit “around 6.5%” annually, but the country would in practice “try to achieve a better result.”

The number itself surprised no one. China said two years ago that it was aiming for at least 6.5% yearly growth through 2020, by which time President Xi Jinping said people’s average incomes would be double their 2010 level.

But one part of Li’s phrasing intrigued economists who pore over China data. Li’s promise to “try” for growth higher than 6.5% suggested a lower rate might be acceptable, especially after last year’s target was 6.5% to 7% growth. “These subtle changes may be indications that the growth target is being guided lower, but very gradually,” Goldman Sachs analyst Yu Song wrote today. And the Chinese official who led the drafting of this weekend’s government report, Huang Shouhong, head of the ruling State Council’s research department, suggested that lower than 6.5% growth could be in China’s near future.

“In the next few years, a little more than the average annual economic growth of 6.4%, or nearly 6.5%, will be able to meet the requirement of the Two Doubles,” Huang told reporters on Sunday, referring to the twin goals of high economic growth and stable employment.

If China’s government is willing to accept lower growth, it probably gives credence to reports that President Xi and others are worried about China’s escalating debt (the last two years have seen the fastest growth of debt in China’s history), which juiced GDP growth last year enough to hit 6.7%, within the target.

Tiny language cues like Premier Li’s are the reason the annual GDP target release captures so much attention, despite the widely held belief that China’s manages its economic figures, a practice the country recently acknowledged that one province undertook for years.

The pageantry that comes with the target is legendary. This year reporters waited outside Beijing’s Great Hall of People for the first glimpse at Li’s statement, to come around 8 a.m. on Sunday morning. When Reuters wire reporters arrived Sunday morning at 2 a.m., Bloomberg reporters had already been waiting since 11 p.m Saturday night to be the first to report the figure.

A few other takeaways from China’s annual policy meetings that Li’s GDP target release kicked off on Sunday: