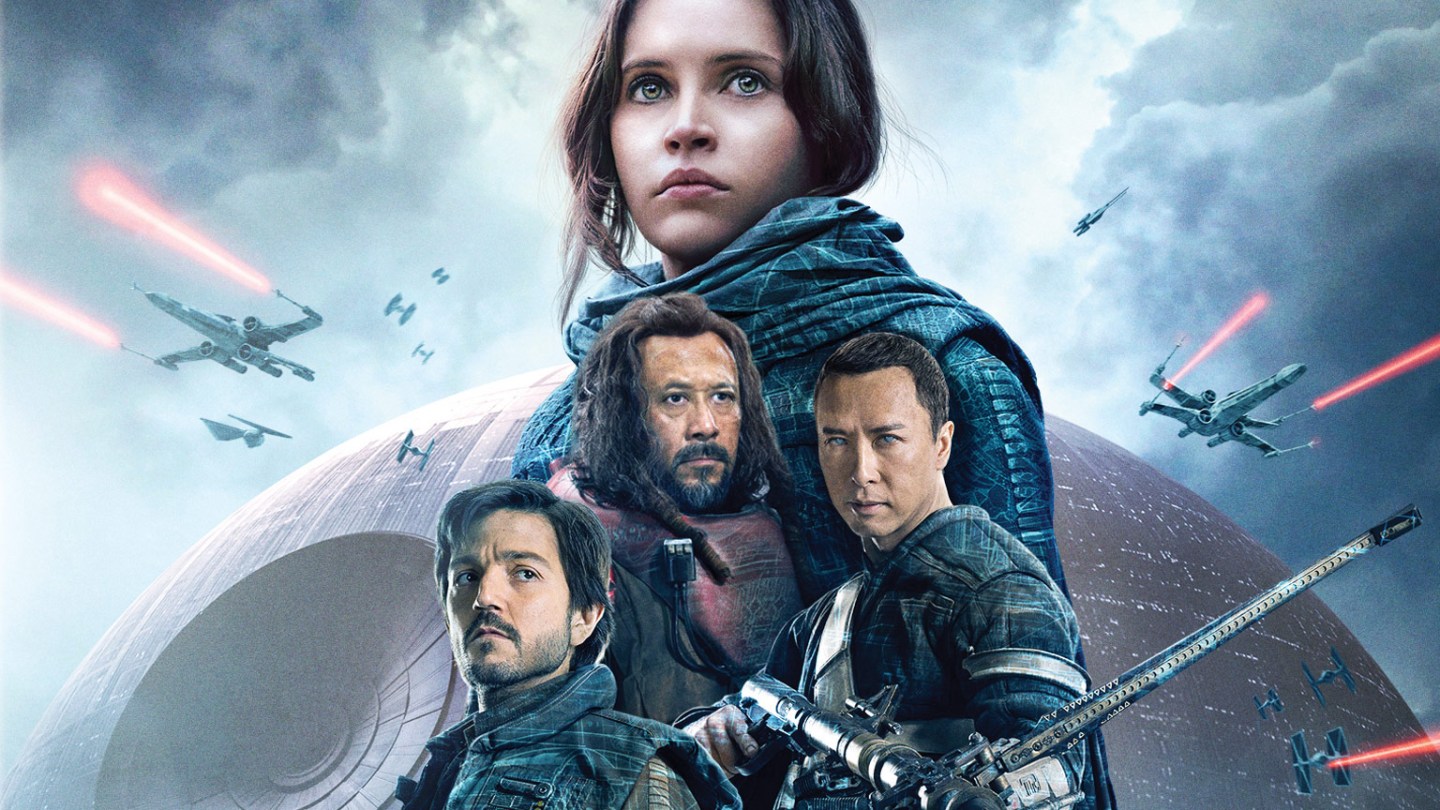 Not all hope is lost. There is something to look forward to this spring: Rogue One: A Star Wars Story will soon be available to watch at home.

Disney and Lucasfilm announced on Thursday morning that the first Star Wars anthology film will be available for Digital HD purchase on March 24 followed by availability on Blu-ray, DVD, and On-Demand on April 4.

Rogue One, directed by Gareth Edwards and starring Felicity Jones, was released worldwide in December and has since become the seventh highest-grossing film of all time in the U.S.. It’s also up for two Academy Award nominations this Sunday.

As hype for Rogue One died down, it might have seemed like Star Wars fever reached another lull early in the year, but that’s all part of the plan at Lucasfilm.

The house that George Lucas built restarted the buzz hyperdrive in January by revealing the title of the next Star Wars film in what Disney’s now-canon universe refers to as the “Skywalker Saga.” Picking up where The Force Awakens left off, Episode 8 is now known as The Last Jedi. Immediately, the title was dissected on social media (and even more so since with the title translations in other languages) if there are spoilers in the title. (Meaning, fans want to know if “Jedi” is plural or singular in this case.)

But the box office is only one of the cash cows in the Star Wars universe. Merchandising has always been a major force (pun intended) for sales, and it will continue to be so as the second “Force Friday” one-day toys sales event will kickoff at midnight on September 1, seemingly propelling the holiday shopping season into overdrive before Labor Day. Replicas of the now-popular BB-8 droid along with familiar lightsabers and other playthings made Star Wars the top-selling property for the domestic toy industry in 2015 and 2016 with $1.5 billion in sales over the two years, according to research firm NPD.

And Rogue One is only the first of what could be many Star Wars anthology films, especially now that the model has proven to be a hit with fans and moviegoers. The franchise will also yield another spinoff film—still slated for 2018 despite delays—featuring a younger version of the franchise’s Han Solo character, first brought to life by Harrison Ford. The first cast photo was just released this week.