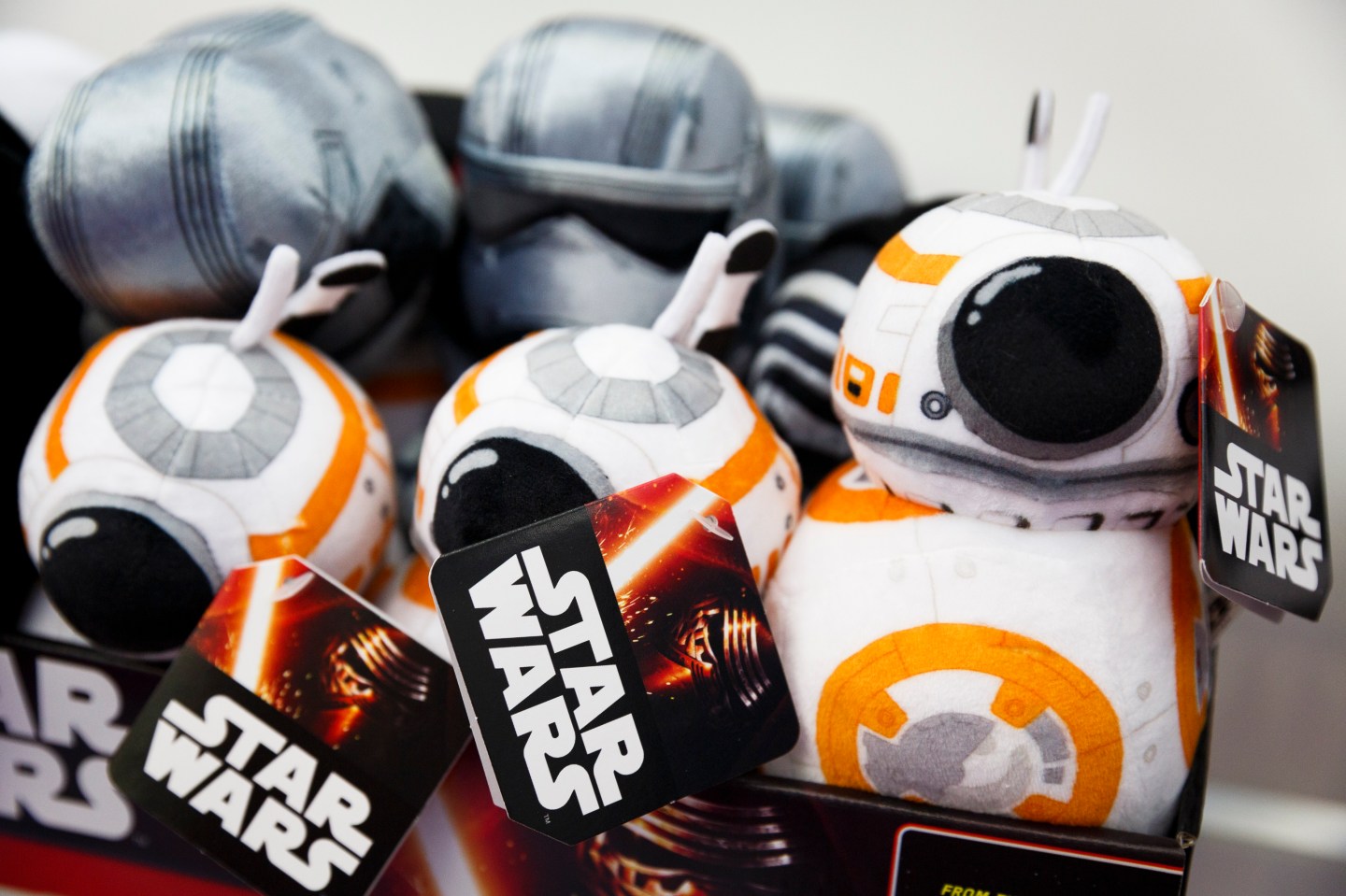 Walt Disney and major retailers will release the galaxy’s newest “Star Wars” toys at a Sept. 1 midnight event ahead of the holiday debut of the next film in the saga, “The Last Jedi,” company executives told Reuters.

The marketing push called “Force Friday II” is a sequel to an event Disney used to build buzz for merchandise tied to the 2015 movie “The Force Awakens.”

Star Wars products were a big contributor to the financial success of the series reboot. BB-8 droids, lightsabers and other playthings made “Star Wars” the U.S. toy industry’s top-selling property for 2015 and 2016, with $1.5 billion in sales over the two years, research firm NPD said.

Force Friday II will begin just after midnight on Sept 1. Lego, Hasbro and others will release the first toys, apparel, books and other products tied to “The Last Jedi,” both online and in stores at retailers including Wal-Mart Stores, Target, Toys R Us, Kohl’s, Amazon and Disney Stores.

Disney will incorporate new technology to its “Last Jedi” products like it did with the popular BB-8 droid, said James Pitaro, chairman of Disney Consumer Products and Interactive Media. New products will feature returning characters such as Rey and Finn, plus new ones, and will span a broad range of categories for male and female fans, he said.

“One of our top priorities is to expand the audience,” Pitaro said.

“The Last Jedi,” the eighth installment in the “Star Wars” movie saga that began in 1977, debuts in theaters Dec. 15. Toys typically hit shelves closer to a movie’s release, around four to six weeks in advance.

At the 2015 Force Friday, fans dressed as Stormtroopers and Jedi waited in line for hours ahead of the midnight store openings.

“There was a certain mania that took over,” said Marty Brochstein, a senior vice president at the International Licensing Industry Merchandisers’ Association. The excitement around “Star Wars” in 2015 was unique because it had been so long since the last film, Brochstein said.

“It would be unfair to expect the same kind of volume generated this time around by consumer products,” he said, adding it was too early to assess demand.

Pitaro said Disney continues to see “very, very healthy sales” of “Star Wars” merchandise. “We have a lot of confidence we will continue in that direction,” he said.

Disney bought “Star Wars” producer Lucasfilm in 2012 for $4 billion and reintroduced the franchise with “Force Awakens.” That movie became the third-highest grossing ever, selling $2 billion worth of tickets worldwide. Disney also released “Star Wars” spinoff “Rogue One” in 2016.