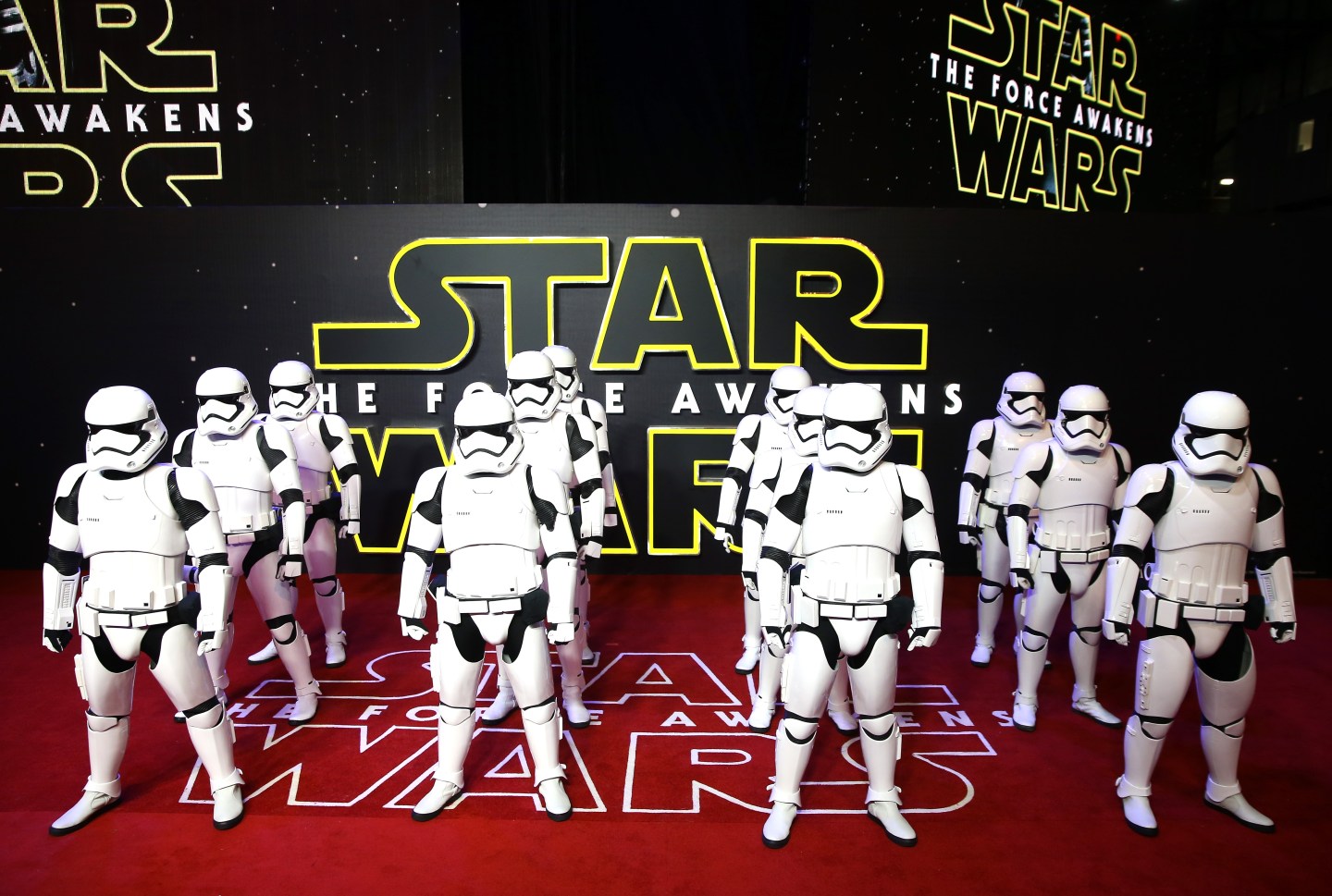 Star Wars fans still have to wait another 11 months before Luke Skywalker appears again on the big screen from a galaxy far, far away. But, as of Monday, at least those fans finally know the name of the movie they are so eagerly anticipating.

Walt Disney’s Lucasfilm unit announced on Monday that the official title for Episode VIII in the massively popular sci-fi saga will be Star Wars: The Last Jedi. The film, which will be released on Dec. 15 of this year, will pick up after the action of Star Wars: The Force Awakens, the franchise’s huge 2015 release that shattered box office records and marked the space opera’s return to theaters for the first time in a decade.

The Force Awakens set a new domestic box office record by hauling in $936 million in North America, as the film blasted its way to more than $2 billion in worldwide box office receipts. The Last Jedi will be the second installment of the trilogy of new films in the Star Wars saga from Disney (DIS) and Lucasfilm, with the third film planned for 2019. (The franchise’s original trilogy was released between 1977 and 1983, while a trilogy of prequels hit theaters between 1999 and 2005.)

It's official. STAR WARS: THE LAST JEDI is the next chapter of the Skywalker saga. This December. #TheLastJedi https://t.co/ySkVwQcMTP pic.twitter.com/eHrPgbsRJq

Of course, Disney has also made a big bet that the Star Wars franchise can sustain fans’ enthusiasm outside of the original saga’s narrative and characters. Lucasfilm’s Rogue One: A Star Wars Story, the first of several planned Star Wars spin-offs, hit theaters last month and became another massive hit for the franchise. Rogue One passed $1 billion in global box office gross over the weekend, and the film is now the highest-grossing domestic film released in 2016 at more than $500 million in North American ticket sales, according to Box Office Mojo.

In addition to The Last Jedi and the as-yet-untitled Episode IX in the Star Wars saga, the franchise will also yield another spinoff film slated for 2018, featuring a younger version of the franchise’s Han Solo character.

The Last Jedi will be directed by Rian Johnson (Looper), while J.J. Abrams (who directed The Force Awakens) is serving as an executive producer.