Why Your Appliance Repairman May Finally Be on Time 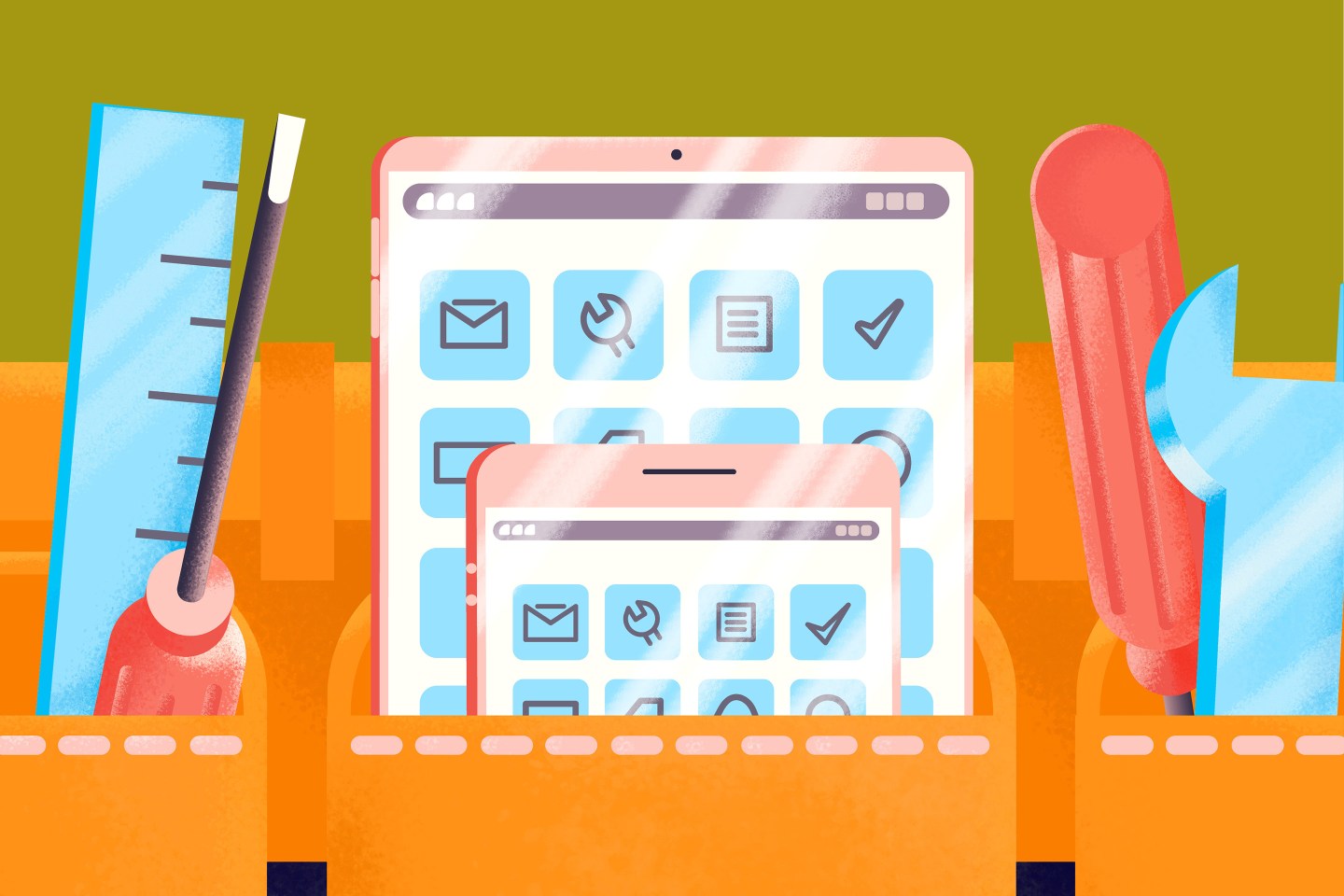 At the worst time imaginable, your washing machine starts making noises it shouldn’t and then stops working completely. You carve four hours out of your day to await a technician, who shows up late and then discovers that a needed replacement part must be ordered.

It’s the kind of snafu that companies are increasingly trying to avoid by adopting software that diagnoses equipment ­problems like cracked pistons—sometimes before they happen—and helps workers better schedule house calls. Instead of using paper, spreadsheets, and email, the nation’s estimated 20 million field technicians—the people who fix appliances and tinker with wind turbines—are shifting to mobile apps for scheduling, submitting reports, and identifying the parts they’ll probably need for upcoming repairs.

“The client relationship changes,” says Gary Johnson, a vice president at shipping and logistics firm Pitney Bowes, of how his service teams can answer questions more quickly and in more detail after his company started rolling out the technology four years ago. “And our employees benefit hugely.”

Business interest in field service apps and data services is fueling a parallel boom in supplying the technology. Sales in the category are expected to reach $5.1 billion by 2020, more than double the figure from five years earlier, according to research firm MarketsandMarkets.

General Electric (GE), for example, is betting big that the technology will be in greater demand in the coming years. In January it closed a $915 million acquisition of ServiceMax, one of the better-known players in the field service technology sector.

GE plans to link ServiceMax’s offerings with GE’s existing Predix technology, which collects data from Internet-­connected industrial equipment and then predicts when it will need maintenance before it actually breaks. Microsoft (MSFT), SAP (SAP), and Salesforce.com (CRM) all sell rival apps and services, as do niche players like ClickSoftware.

Before the acquisition, GE had firsthand experience with ServiceMax as one of its customers. Over three years, GE has saved almost $100 million by using the software to coordinate schedules more efficiently for its army of 40,000 repair and maintenance workers, says Jim Fowler, GE’s chief information officer.

If you consider what the industrial ­conglomerate cut in expenses over that time by also more accurately predicting what parts were needed for repairs, the savings grow to $200 million for just the GE Power services division, which does maintenance for power-plant and water-treatment gear that the company sells.

Of course, getting field workers to change from using pen and paper isn’t always easy. And the initial cost of ­implementing field service tech can cost millions if an organization needs to buy mobile devices for thousands of workers.

Still, Pitney Bowes is a big believer in the technology, which, Johnson says, has improved the company’s overall efficiency.

For example, field workers now get ­updates about what repairs they will likely have to make for customers so they can bring the needed parts with them. And because they have tablets or smartphones, workers can look up any information they need about how to fix problems and, as a result, do their jobs more quickly.

Those benefits translate into another bonus: Field technicians can schedule appointments within smaller time windows—welcome news for customers who hate waiting around—because technicians can more accurately predict their arrival.

Adopting field service technology has also helped Pitney Bowes more easily collect data that can reveal ways to make its business operate more smoothly. For example, the company can identify which teams close customer tickets the quickest and whether a product should be redesigned, based on a flood of customer requests for repairs.

Yes, the analog era is quickly ending for field technicians who make home, ­office, and factory calls. For many of their customers, the changes can’t come fast enough.

A version of this article appears in the March 1, 2017 issue of Fortune with the headline “Tech Takes the Field.”