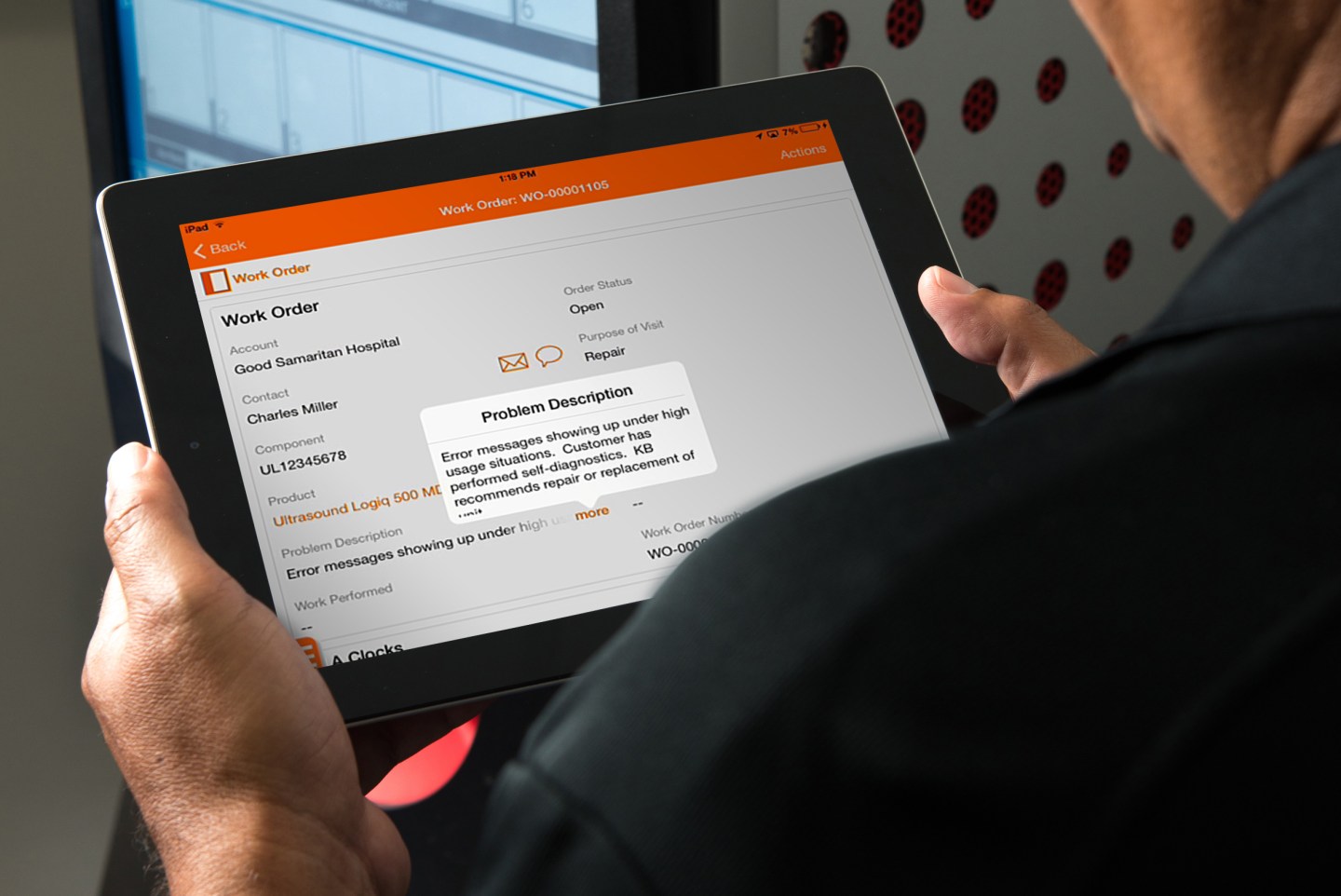 General Electric is paying $915 million to buy ServiceMax, a purveyor of software for scheduling field service visits. The move pits the company directly against Microsoft, Salesforce, and Oracle.

Under the agreement disclosed Monday and expected to close in Jan. 2017, ServiceMax will become part of GE Digital, the group that owns GE’s investments in software for managing a wide range of machines connected to the Internet. The centerpiece of that strategy is the company’s Predix technology, which collects and analyzes data from jet engines, wind turbines, and other heavy-duty equipment. GE plans to connect the data collected with Predix to the ServiceMax applications. The idea is to help anticipate service needs more proactively.

This is the group’s third big acquisition. Two years ago, GE bought cybersecurity firm Wurldtech, and in September, the company paid almost $500 million for Meridium, which specializes in software for monitoring equipment.

ServiceMax, based in Pleasanton, Calif., makes applications that more than 400 companies—including Coca-Cola Enterprises (a past customer) and Tyco (TYC)—have used to schedule and manage visits by field service technicians. (Prior to the acquisition, GE was also a customer.) As an independent company, ServiceMax has raised more than $202 million in backing.

The deal will pit GE more directly against some pretty formidable software companies.

In July 2015, Microsoft (MSFT) acquired ServiceMax rival FieldOne Services, which supplies software to United Technologies and Mitsubishi-Hitachi Power Systems. Salesforce (CRM) introduced its own field service application in March, and Oracle (ORCL) is also building out cloud services for field services, as a result of its July 2014 buyout of TOA Technologies.

This story was updated Nov. 17 to reflect that Coca-Cola Enterprises is no longer a customer.