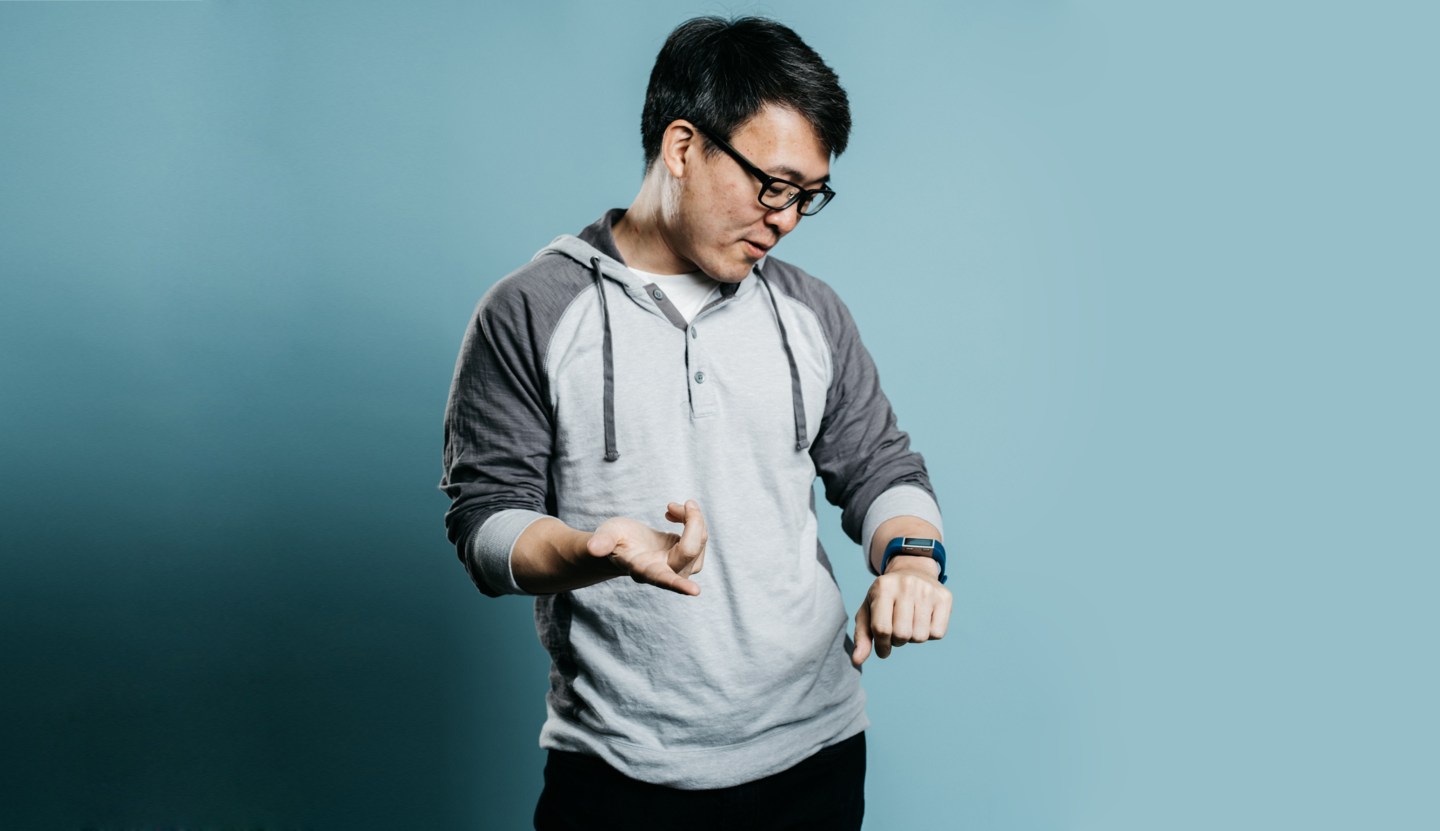 After a year filled with tumbling sales, manufacturing problems, and a plunging stock price, Fitbit CEO James Park is ready to look ahead.

Although Fitbit’s sales of its eponymous fitness tracking gadgets hit a record of $2.2 billion in 2016, the fourth quarter was a world of hurt. Amid a glut of inventory and weakness in China, sales for the all-important holiday quarter dropped 19%, Fitbit finally confirmed on Wednesday, after two earlier warnings to Wall Street about problems in the quarter. (Back in November, the company shocked investors by projecting sales simply would be flat in the fourth quarter).

Now it’s time to focus on the turnaround. CEO Park has a multi-pronged strategy, including offering a smartwatch with a health and fitness emphasis in the second half of the year.

“As we move into 2017, although it’s going to be a challenging year and there’s going to be a continued disconnect given our excess inventory, we have a good foundation to work from,” the CEO tells Fortune.

To get operations and manufacturing under control, Park recruited tech industry veteran Jeff Devine, who’s experience at Cisco, Nokia, and Hewlett Packard should help Fitbit get back on track. Devine joins after Fitbit had to lay off 6% of its workforce and take millions of dollars in write-offs to cover excess inventory, warranty costs, and unneeded tooling equipment.

If all works out as planned, the hire may be Park’s version of Steve Jobs hiring Tim Cook away from Compaq Computer to overhaul Apple’s operations in 1998.

“In this business, gross margins are everything,” Park says. “He’s going to help us a lot on that front and improving dramatically the quality and accuracy of our products, as well.”

Fitbit’s next step will be to get sales of its core fitness tracker line growing again. In 2016, Fitbit (FIT) sold 22 million trackers, led by the best-selling Charge 2. But revenue was down sharply in the fourth quarter in both the U.S. and the Asia Pacific region.

In Fitbit’s view, the sales slump is a sign that the market for trackers among early adopters has been saturated, but more mainstream buyers, the so-called late adopters, haven’t gotten on board yet. With over 50 million devices sold in the past three years and over 23 million active users, the company must now reach more casual, less tech savvy buyers.

“We feel other parts of the market represent another 40 to 80 million users for trackers,” Park says. “The way we plan on capturing those users is more on the software side.”

An important building block is the company’s Fitstar app, which offers fitness advice and coaching for a subscription fee. Since adding more features and focusing more marketing on Fitstar at the CES show last month, the company attracted 1.2 million new downloads of the app.

Finally, Park is planning his entry into the smartwatch category currently dominated by Apple. He has built a technology foundation over the past year, paying a total of $54 million for assets from failing pioneer smartwatch makers Pebble and Vector and mobile wallet startup Coin.

Taking on Apple (AAPL), Samsung, and manufacturers using Google’s (GOOGL) Android wear software won’t be easy, but Fitbit will play to its traditional strengths, with an emphasis on health and fitness, a connected community of users, its positive brand image, and long battery life, Park says.

“All those things are going to really help us enter the category,” Park says. The three acquisitions also add an ecosystem of developers, he adds, which will be critical if Fitbit’s smartwatch is to offer the kind of third party software needed to compete with Apple and Google.

Asked about the timing of the new smartwatch, Park is coy. “We don’t typically disclose product news, but I’m sure we’ll have more to share in the second half of this year,” he says.

Fitbit’s share price lost 70% last year and recently touched an all-time low of $5.62. But on Wednesday, as Park explained the strategy for a turnaround, the shares gained 4% in after hours trading. That’s still a long way from the company’s $20 price at its 2015 initial public offering, but at least it’s a move in the right direction.