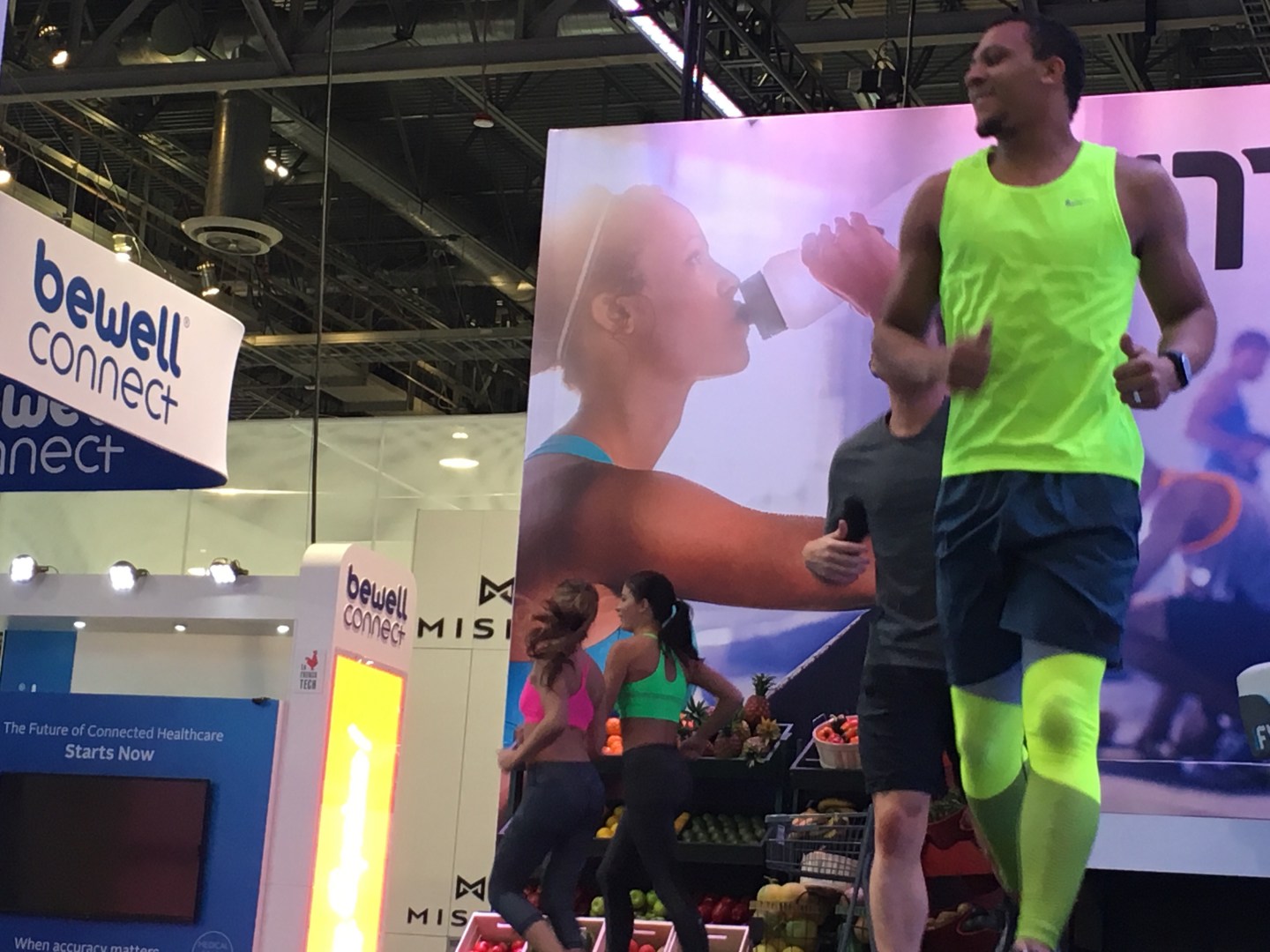 Fitbit may not have started the fitness tech movement, but it sure moved it forward.

While equipment like treadmills and stationary bikes are certainly based in technology (and there are advances in those devices on display again at this year’s CES), the field of wearable technology has been largely focused on fitness for years. But as it expands into other areas, it’s also doing more to help people who keep active.

The category has come under fire lately, though, amid questions of accuracy. The fitness tracker Fitbit, for example, is facing a class action lawsuit filed earlier this week over the accuracy of the heart rate monitoring technology in its devices.

Fitness technology is taking up a fair segment of the Sands Convention Center at CES 2016. From smart shoes that purport to advise you on your “foot strike zone” to a wearable that checks your pulse during workouts, here’s some of the new offerings on display.

After leading the field in step tracking, Fitbit is hoping to ensure the rise of smart watches doesn’t leave it behind. The $199 Blaze not only tells the time, but it has a connected GPS, Fitbit says it will monitor your heart rate and lets you oversee your phone’s music, calendar, texts and caller ID. The company might be excited about the Blaze, but it didn’t set investors afire. Fitbit stock fell 18% when it was announced this week.

Not a lot of people have a running coach. These shoes, powered by iFit, give you valuable feedback on your running habits, though, that could improve your time and endurance. A thin collection of sensors is embedded along the midsole in each shoe and tracks a litany of information, like your foot strike zone (where your feet hit when they come down as you run). The company says this can be used to determine if you’re landing harder on one foot or help you figure out why certain muscles hurt after a run. They’ll be available this spring for $200.

Masimo’s bread and water are monitors that are used in hospitals, but when the company got wind that professional athletes were using the device to improve their training regimens, it decided to let others do so. The Mighty Sat is an FDA cleared medical pulse oximeter that quickly notes critical information that extend well beyond your pulse. Since it’s used by physicians, the data is potentially more precise, but this isn’t a wearable that’s meant to be kept on for long periods. Instead, it works best as a spot check device during your workout.

Prefer to gain air by using your legs? Vert is a wearable for basketball players that claims to measure their jump and notes their best vertical. That allows athletes to better track their game and adjust their training as necessary. The technology has spawned a pair of Vert devices and later this year will be incorporated into compression apparel from Zensah.

There’s plenty of shirts and socks that have smart technology built in, so why not a sports bra – which is arguably best positioned to get reliable data from women. The maker of OMbra says the bra gathers data points including distance run or walked, cadence, pace, estimated calories burned and heart rate.

Need to tighten those stomach muscles? This smart ab belt claims to engage and tone core muscles using Electrical Muscle Stimulation (EMS) technology. Designed for both men and women, the virtual trainer is controlled via the $229 belt’s app and offers five different programs to help you work toward that six-pack. It will be available next month.