What the Oroville Dam Disaster Says About America’s Aging Infrastructure 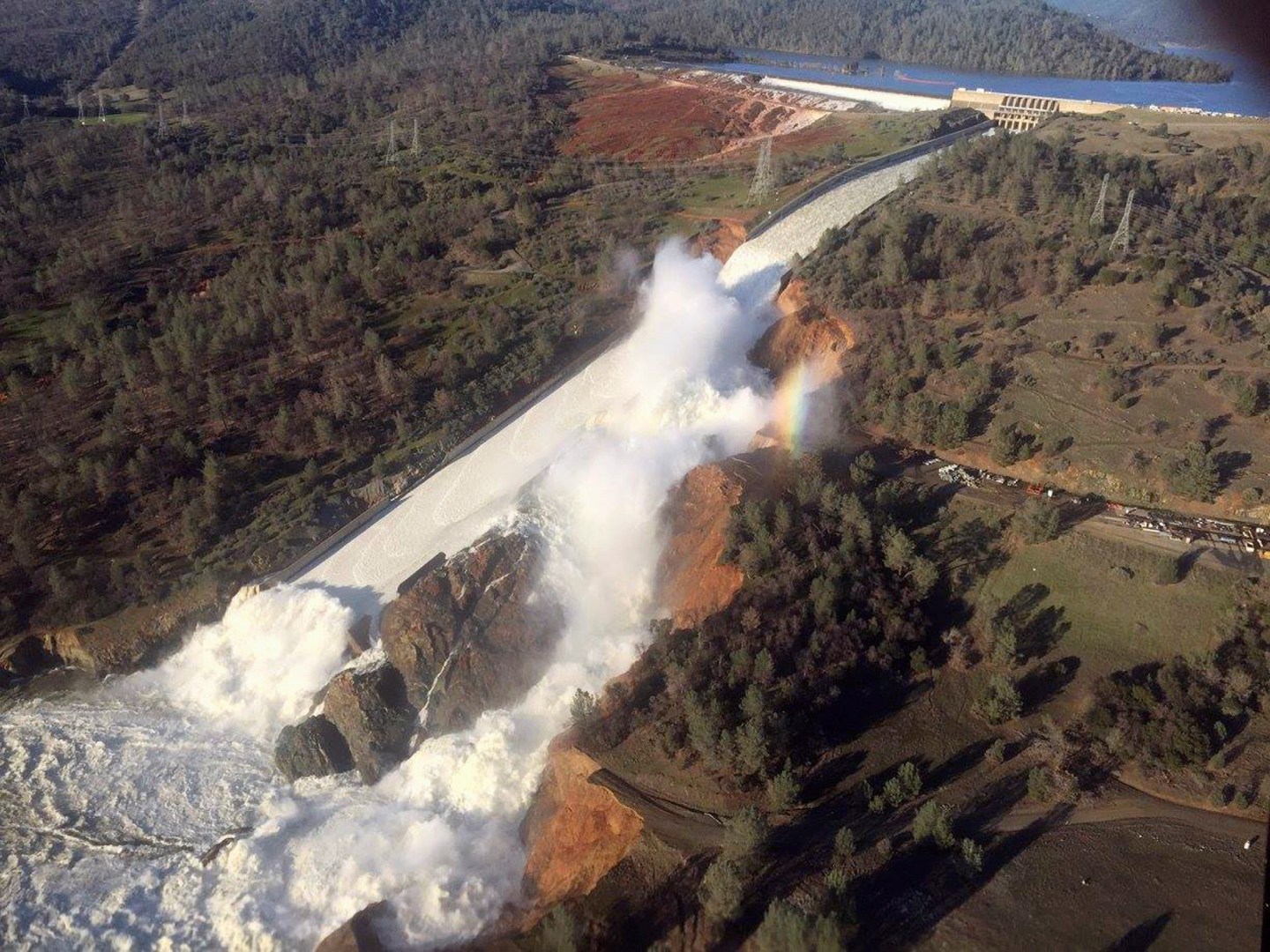 This past week, heavy winter rain caused a 250-foot-long section of northern California’s Oroville Dam’s principal spillway to collapse. In response, state officials began releasing water from an adjacent emergency spillway, leading to the unexpected and rapid erosion of the ground below and the evacuation of 180,000 residents from their homes.

The crisis, which exposed glaring weaknesses with the dam complex, also carries an important lesson for the nation: Increasingly, extreme weather driven by climate change is placing substantial stress on America’s aging infrastructure.

What’s needed now is a massive investment in government infrastructure, bulking up agencies that maintain drinking and wastewater treatment and distribution systems, flood control, and transportation services. In the absence of additional spending, the combination of extreme weather events and population growth will lead to more system failures and congestion, as well as reduced prosperity for American workers and their families.

Unfortunately, President Donald Trump has put forward an infrastructure plan that will continue the nation’s trend of underinvestment. In response to the situation at the Oroville Dam, White House Press Secretary Sean Spicer said, “The situation is a textbook example of why we need to pursue a major infrastructure package in Congress.”

Yet instead of pushing for direct federal expenditures on infrastructure like dams, highways, and rail systems, the president has called for huge tax cuts for Wall Street equity investors. In exchange for investing in infrastructure projects, the Trump administration would like to offer investors a tax credit equivalent to 82 cents on the dollar.

While tax credits may boost Wall Street profits, they will do nothing for the country’s estimated 2 million dams. Private equity capital can cost 3 to 5 times more than traditional municipal debt. Moreover, tax credits are not well suited to facilities that don’t generate a stream of user fee revenue. For this reason, dam repair and rehabilitation need direct funding from government.

By 2020, 65% of dams in the U.S. will be past their designated lifespan of 50 years; the Oroville Dam itself was built 49 years ago. As dams age, physical weaknesses, cracks, and leaks require more frequent and expensive repairs to keep them operational and safe. The American Society of Civil Engineers classifies nearly 4,000 dams as “deficient,” meaning these facilities have aged to the point where they are more susceptible to failure.

The ongoing crisis for residents in the Oroville region highlights the real-world consequences of aging facilities. The crisis in Oroville not only caused severe flooding in communities along the Feather River below the dam, but also threatened the stability of the drinking water supply for millions of residents in central and southern California.

In 2005, three environmental groups filed a motion during the Oroville Dam’s relicensing process, warning that the emergency spillway did not meet safety standards and could lead to flooding and threaten lives. The motion was denied after state agencies responsible for paying for the upgrades determined that they were “unnecessary.”

Oroville is certainly not the only dam where upgrades have been put off because of upfront costs. A 2008 Congressional Research Service study found that there is no federal policy dictating when Congress should provide funding to rehabilitate non-federal dams—which account for a whopping 95% of dams nationwide.

One potential way to reduce the chance of further emergencies like the one in Oroville would be through the creation of a federal safe dams fund. A federal fund for upgrades and repairs of non-federal dams could provide matching funds for state agencies responsible for ensuring the ongoing structural integrity of dams critical for flood control, irrigation, and drinking water. The National Dam Safety Program—operated by the Federal Emergency Management Agency, or FEMA—currently provides some funding for state training, technical assistance, and inspections, but includes no funding for dam repair. As a result, the federal government is almost always on the hook to pay for the cleanup following infrastructure failures.

The safe dams fund could also provide funding for upgrades when technical standards are updated and to allow states to better manage the potential dangers that arise when urban areas expand into downstream areas, creating what engineers often refer to as “hazard creep.”

While the maintenance of aging, high-hazard dams should certainly be prioritized, not all dams are worth the investment to be maintained. Many dams are obsolete, unnecessary, and no longer provide the services that they were originally intended for. Many of these facilities should be removed, resulting in long-term cost savings, the restoration of river systems, and elimination of needless safety threats.

While it’s nearly impossible to identify where or when the next Oroville will be, the federal government can and should provide more funding to state and local governments for the inspection and repair of aging critical facilities like dams. Instead of tax credits that provide no real solution for America’s infrastructure woes, Trump should push Congress to enact a robust spending bill that targets federal funds to those projects and communities facing the greatest need. These funds should be distributed through competitive, merit-based programs to ensure that federal resources flow to those projects that produce the greatest return on investment.

In doing so, the president could make dams, bridges, rail systems, highways, and the other infrastructure we use on a daily basis safer and more functional, while creating jobs and growing the economy.

Jenny Rowland is the public lands research and advocacy manager and Kevin DeGood is the director of infrastructure policy at the Center for American Progress.