Why Ginni Rometty’s Email About Trump Came Too Late 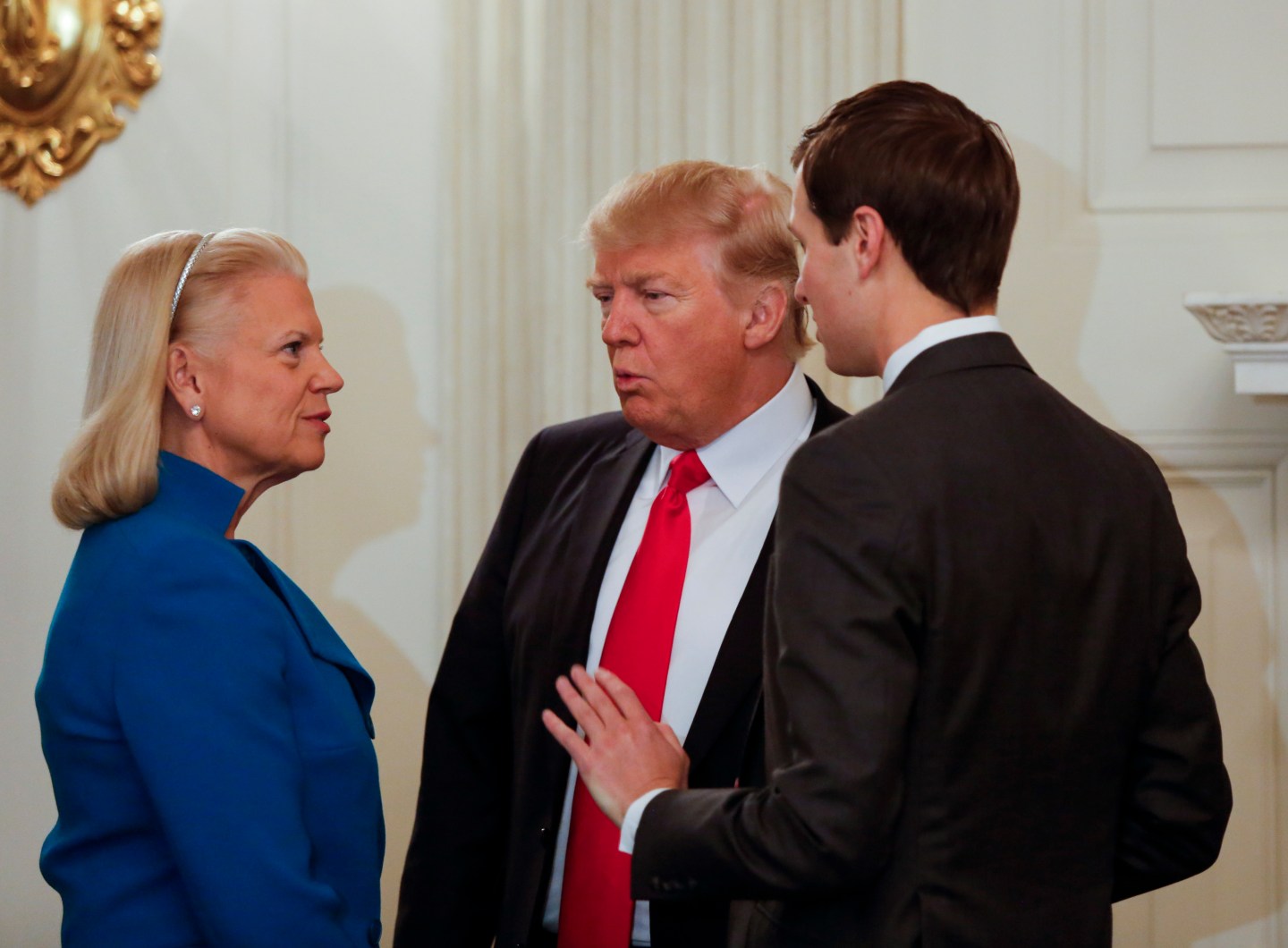 IBM CEO Ginni Rometty’s defense of her decision to remain on President Donald Trump’s business advisory council in the name of “engagement” brings up a valid point for business leaders about making sure that diverse opinions are heard in the political arena today. Rometty explained her decision to IBM employees in an email, telling them: “IBM leaders have been engaging directly with every U.S. president since Woodrow Wilson, and this was my ninth such meeting since becoming CEO.”

Unfortunately, her decision to send the email came only after several meetings between Rometty and the Trump administration, rather than taking a proactive outreach to employees when she was first approached. This timing appears to weaken her argument about the importance of making sure that IBM’s opinions, as a large and global company, are heard. This is not a case of 20/20 hindsight, but rather of being highly aware of the importance of one’s values in a political climate that remains extremely polarized, with feelings running strong among both Trump supporters and critics.

Business leaders have felt this pressure, such as Uber CEO Travis Kalanick, who removed himself from the council, following a backlash surrounding Trump’s immigration order against refugees and seven Muslim-majority countries.

The real issue is not whether Rometty should stay on the council or whether Kalanick was unduly pressured to leave. Nor is IBM somehow more immune because it is larger and more established than Uber. Large company or small, blue-chip or startup, the premise remains the same: Any executive who is approached to serve on a political advisory panel or even to accept a Cabinet position should weigh that decision using values-based leadership.

The key value here is balance, meaning gathering information on all sides of an issue and contributing to a thorough and open discussion of those issues. Here, Rometty’s point about engagement is well taken. As she stated in the email: “Our experience has taught us that engagement—reaching out, listening, and having authentic dialogue—is the best path to good outcomes.”

Whether business leaders voted for Trump, or even if they disagree with some of his policies, that’s not an automatic reason to reject service on a council or participation on a panel. We operate in a democracy that requires participatory engagement. By airing a spectrum of opinions on complex issues, the discussion becomes deeper and more impactful.

The pursuit of a balanced perspective is enhanced by another facet of values-based leadership: not expecting others to do the heavy lifting on controversial topics or solve complex problems. As I wrote in a previous article, it’s too easy to look at the world and decide that “those guys” (a gender-neutral term) will take care of things—whether we view them as richer, smarter, more politically powerful, or having some other influence. But all of us, at every level, are “those guys”—from the grassroots to the C-suite.

Among business leaders today, it’s imperative to lend our voices and our influence in respectful ways to influence others to move in a direction that is more consistent with the greater good. For example, when the executive order on immigration was first signed, four technology giants—Google (GOOG), Apple (AAPL), Microsoft (MSFT), and Amazon (AMZN)—spoke out on the issue. This takes courage, particularly if that means going against a government administration (something that business leaders, in general, don’t like to do). But having true self-confidence, another aspect of values-based leadership, requires no less than taking a stand and expressing viewpoints that need to be heard.

Where all of this comes together is being self-reflective, which is the foundation of values-based leadership (and for me, a daily practice). Self-reflection begins with asking yourself what your values are, what you stand for, and what is non-negotiable. These are important to consider when you are asked to join any group or panel, especially when you occupy a position in which you represent other stakeholders.

The danger of not being self-reflective is suddenly finding yourself compromising what you believe in until you barely recognize where you stand and what you profess as your own opinion. Only with regular and ongoing self-reflection can any of us navigate through the complex, challenging, and often controversial.

As a leadership guide, self-reflection means being honest with yourself—not second-guessing or undermining your decisions—but truthfully examining what you did and whether you could have done better.

Rometty makes great points in her email about bringing into the discussion “IBM’s perspective as a truly global company. We employ people serving clients in more than 170 countries, and we embrace people of all faiths and backgrounds…From this great diversity, we draw strength as a company.”

Her argument about the importance of engagement is well taken. But should Rometty choose to engage in self-reflection on the matter, she might see that being a champion for a balanced perspective is far better served with open communication from the beginning rather than explanations after the fact.

Harry Kraemer is the former CEO of Baxter and a professor at Kellogg School of Management at Northwestern University. He is the author of Becoming the Best: Build a World-Class Organization Through Values-Based Leadership.