This GOP Bill Could Make It Easier for Russia to Hack U.S. Elections 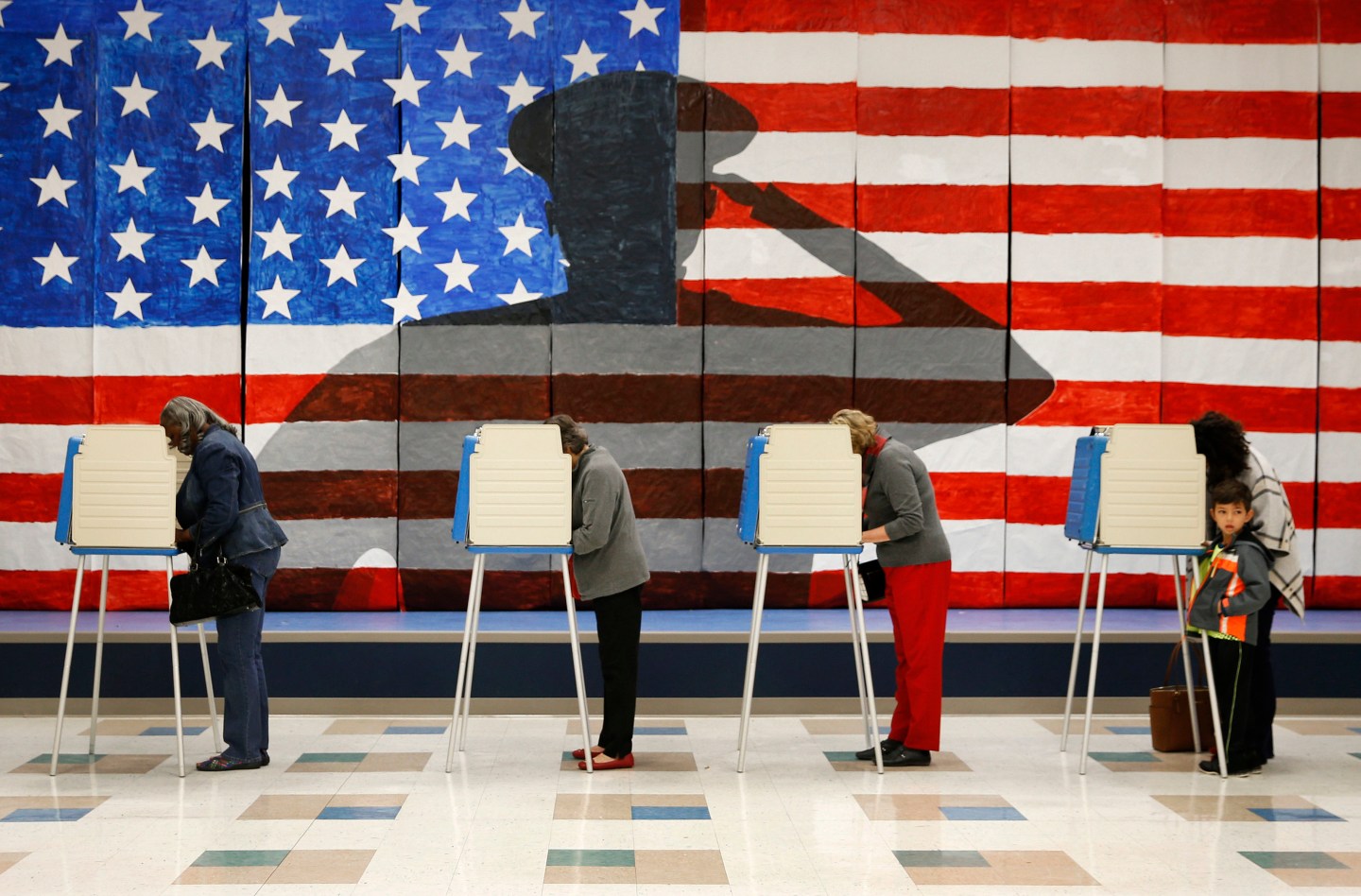 Voters line up in voting booths to cast their ballots at Robious Elementary School in Richmond, Va. on Tuesday, Nov. 8, 2016. The 30-ft. x 12-ft. image in the background was painted by 3rd and 4th graders at the school in preparation for Veterans Day. (Shelby Lum/Richmond Times-Dispatch via AP)
Shelpy Lum — AP

These foreign incursions into American political institutions raise serious national security concerns. Yet instead of working to strengthen our national security infrastructure, a congressional committee just voted to weaken it.

Last week, the House Administration Committee approved the Election Assistance Commission (EAC) Termination Act, a bill to abolish the only federal agency tasked with helping states with election administration. The EAC is a little-known and tiny bipartisan agency—its annual budget is less than $10 million—with a critical mission of helping states administer elections in the most secure and reliable way. Eliminating this agency could undermine our national election infrastructure.

Congress created the EAC after the 2000 Florida presidential election debacle, when hanging chads and butterfly ballots revealed major flaws in the U.S. election system. Today, the agency sets national standards for new voting machines, tracks and collects problems with those systems, and serves as a clearinghouse of election administration data for state and local officials, among other functions. No other agency is equipped to help oversee the nuts and bolts of elections and voting technology on a national scale.

Why is this a national security issue? Because much of our voting technology is perilously out of date, and a foreign government just tried to compromise our elections.

Reports by the FBI, CIA, and Department of Homeland Security in December found that the Russian government interfered in the 2016 elections in an attempt to affect the outcome. That interference went beyond the Democratic National Committee email hacks that dominated the election news coverage. It also included attempts to hack into our nation’s voter registration systems. While there was no reported damage to voter registration data this time, the lesson was clear: We need to protect America’s election systems from highly motivated and sophisticated cybercriminals.

The need for heightened security measures is especially acute with respect to voting machines. While the nation’s highly decentralized election infrastructure is an important defense against attempts to interfere with national elections, voting systems in particular states may be vulnerable to attack. Generally, the older the system, the more vulnerable it is. Unfortunately, way too many voting machines are way too old.

No one expects a laptop to run reliably for more than a decade. Yet in the 2016 election, according to a Brennan Center for Justice study, 42 states used voting machines that were more than 10 years old. This is past the projected lifespan of most machines. Aging voting machines cause problems: They break down and malfunction, causing lines at the polls and undermining confidence in elections. Worse, they are especially vulnerable to hacking, since they lack the latest security features. The bipartisan Presidential Commission on Election Administration warned in 2014 of an “impending crisis” in voting technology. The longer we wait to fix the problem, the worse it will get.

The EAC plays a vital role in addressing this problem. Working with top security and technology experts from government and industry, the agency sets standards for new voting machines. The agency certifies not only the equipment itself, but also the labs used to conduct quality-control testing. This is highly technical but critical work; 47 states have passed laws requiring them to rely on EAC standards, testing, or certification programs for their voting machines. Without the EAC, it will be extremely difficult to develop and roll out a new generation of modern voting machines, with increased security to meet the increased threat. No other agency has this mandate or expertise.

None of this means U.S. elections are “rigged” or that the country needs to worry about widespread fraud; claims like that have been thoroughly debunked. But outdated election technology is the greatest source of potential security breakdowns, and eliminating the only federal agency responsible for helping update that technology is a risky proposition.

No agency is perfect, but the EAC’s election technology work has been widely regarded as exemplary. This is not a time to end it. Secure, reliable, accessible, and accurate voting technology is key to election integrity. Conversely, undermining faith in our elections is the last thing we need at this chaotic and polarized time in politics. Congress should strengthen, not weaken, the security of our democracy’s infrastructure. Eliminating the EAC is a massive step in the wrong direction.