Nestlé Has Brewed Up a Makeover for Nestea 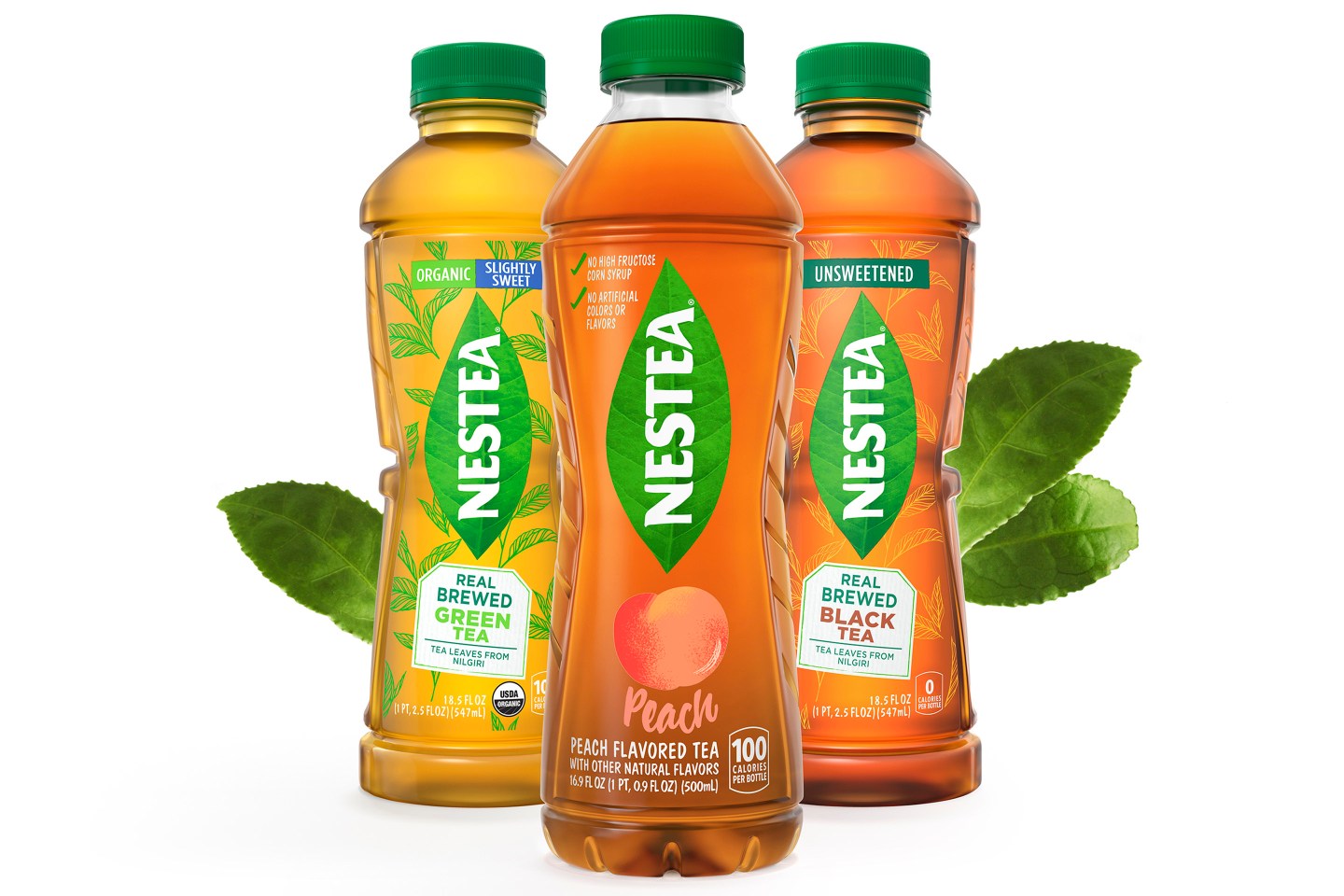 Nestlé has underaken a major brand overhaul for the Nestea ice tea brand, aiming to evolve the brand to be more on trend by touting fewer ingredients and a “clean” nutritional label.

The Swiss food conglomerate on Tuesday announced it has fully remade the Nestea brand. That means the new Nestea will come with new recipes, a new logo, and a new bottle to help Nestlé tackle the $4.5 billion ready-to-drink tea category. Nestlé says the remake is the largest overhaul in Nestea’s 70-year history. The new Nestea bottles will start to hit retail shelves nationwide this month.

“The brand has never gone through the total evolution that it is going through today,” Karen Ress, vice president and general manager of Nestlé Waters North America’s tea unit, told Fortune. “We revolutionized every aspect of the brand.”

The big changes include reformulated fruit flavored teas and four new so-called real brewed teas. The fruit-flavored teas contain no high fructose corn syrup and no artificial ingredients or flavors. The real brewed teas are streamlined and only contain four ingredients: water, sugar, tea and citric acid. Those teas use leaves from Nilgiri, India. The new bottles, meanwhile, have grips and a wider mouth than the older Nestea bottles.

“The tea itself and how we come to market had to change,” said Cassin Chaisson, Nestlé Waters North America tea marketing director. She said that while consumers trusted Nestea and they know the brand—it has 84% awareness in the United States—the old version wasn’t meeting current demands for an iced tea. “We had to look at ourselves and say, we aren’t providing what they want in tea today,” Chaisson said. “We wanted that frank conversation.”

Nestlé’s move to plot a pivot for the brand is the first big undertaking it has taken for Nestea since it walked away from a 50-50 joint venture with Coca-Cola (KO) several years ago. The Swiss company took full ownership of the brand and by moving to cut down on the amount of sugar it uses in Nestea’s beverages, it mirrors what Nestlé is doing to cut back on sugar found in the company’s candy products. Nestlé’s Nesquik is also undergoing a sugar transformation.

Adults are increasingly concerned about the amount of sugar they consume and are increasingly making new purchasing decisions to avoid it. Food brands are aiming to tackle those concerns head on by launching new products with less sugar or reformulating existing products to cut down on the levels of sugar that are used. Big soda companies like PepsiCo (PEP) and Coke have both promised to remake their portfolios to rely less on sugar.

But there’s a balancing act that all these brands must maintain when tackling the sugar conundrum. They want to avoid certain sweeteners that consumers say they don’t want in their drinks, like aspartame, and ultimately, people still want some of their beverages to taste sweet.

“Consumers in fruit tea, they love sweet, fruit-flavored tea. But they don’t want the calories or the sugar,” said Chaisson. She explained that to maintain sweetness, Nestlé added the sweetener stevia to cut back on the amount of sugar calories that Nestea drinkers would get from their tea. But the company was still able to maintain that sweet, fruity flavor.

In another segment of tea drinkers, the preference is less about fruit and more about a tea-forward taste. The brand’s real brewed teas aimed to tackle two top concerns for that health-conscious crowd: eliminating high fructose corn syrup and reducing sugar. “They want real brewed teas in a more streamlined formulation,” explained Chaisson.

American drinkers today are “looking for flavor are looking for choices that have a healthy halo, they don’t want the baggage that carbonated soft drinks or juice has,” she said. That’s a competitive advantage for the tea category, as consumers have broadly cut back on their intake of sodas and juices because of concerns about the calories and high sugar count often associated with those beverages.