Nestlé Is Putting the Nesquik Bunny on a Diet 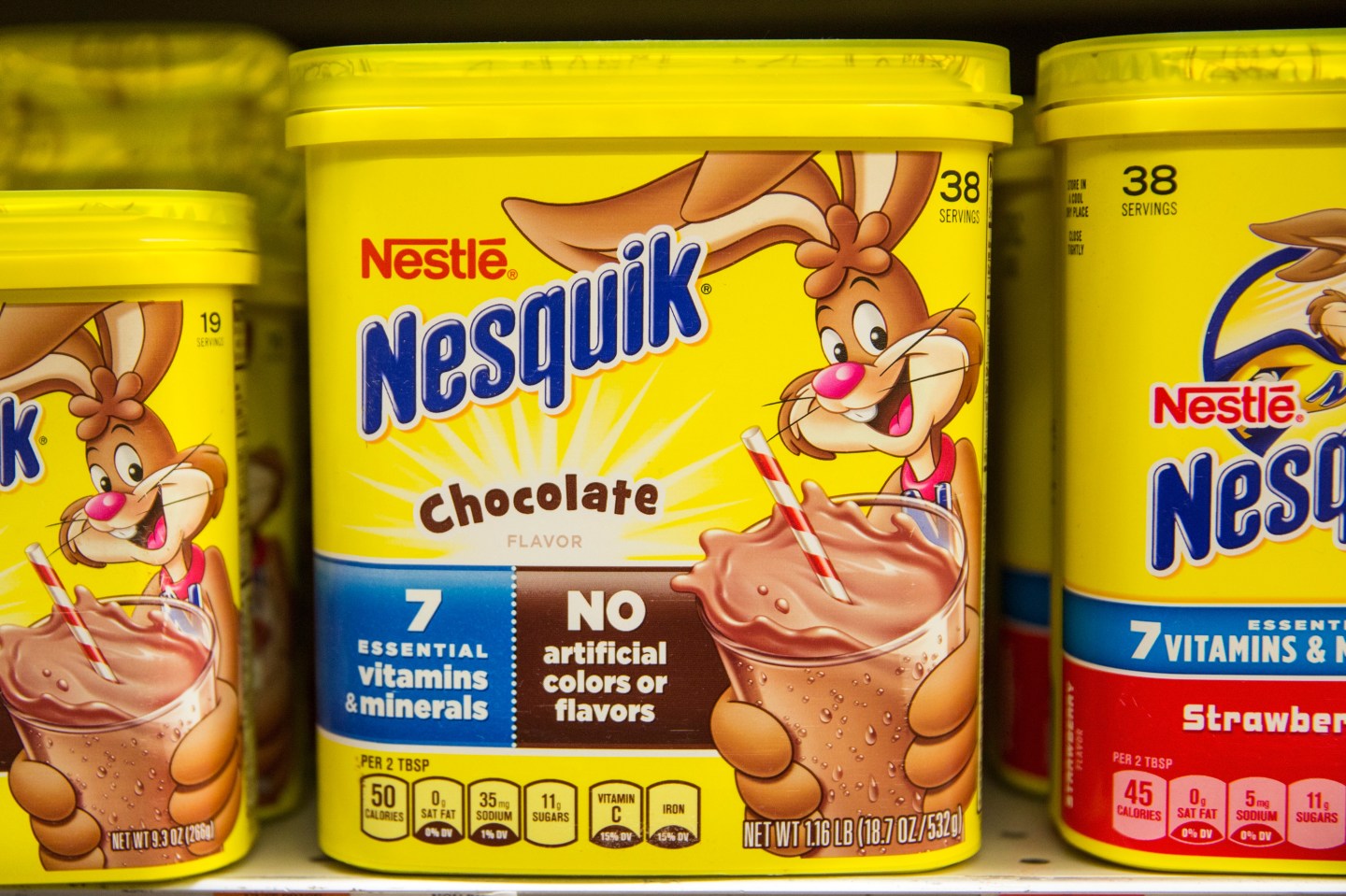 Swiss-based food giant Nestlé is planning a revamp around its billion-dollar Nesquik brand that will reduce its sugar content, The Wall Street Journal reports. The move comes as sales for Nesquik’s flavored milks have grown in the U.S., though the brand has lost market share—notably ceding the top spot to Dean Foods’ (DF) TruMoo, according to research firm Euromonitor.

Nestlé and other “Big Food” manufacturers like PepsiCo (PEP), General Mills (GIS) and Coca-Cola (KO) have looked at various methods of reformulation or product development to make some of their core brands appear more healthy to consumers. Nestlé back in 2015 announced that it had reduced added sugar in Nesquik’s powder formulas by 15% for the original chocolate flavor and 27% for strawberry. It also launched Nesquik products that were free of artificial colors and flavors for those two products.

More new product development is underway for Nesquik, which is the second-largest cocoa-milk drink globally after sibling brand Milo. A Nestlé spokesperson said that the company has applied a gradual reduction in sugar to Nesquik so consumers could adopt to the change in taste. The current level of added sugar for the mainstream range is 10.6 grams per serving.

The next step is the launch of Nesquik Less Sugar, which has 3.4 grams of added sugar, a product debut that will come to the United Kingdom later this year. WSJ reports Nestlé will launch a lower-sugar version of Nesquik in the U.S. by 2018.

“In recent years, the global range of Nesquik powder products have undergone a significant sugar reduction, in support of our nutrition and health commitments,” said a Nestlé spokesperson in an e-mail to Fortune.

The sugar industry—which has for decades sought to steer away any negative health implications—has found itself in the cross hairs of a pivot in consumption behavior that is tilting away from the commodity. As a result, major food and beverage manufacturers are in the process of either reformulating their current portfolio to incorporate less sugar or developing new brands that rely less on it.

The soda industry—which is experiencing volume declines in many mature markers—is cutting back on sugar to address this shift in consumption. Research firm NPD Group and other observers have said that consumers are increasingly looking to cut back on sugar rather than the old enemy—fat. As a result, more sugar-free, unsweetened, or reduced sugar products are being consumed.

Big Food makers are taking note. PepsiCo is aiming a remake that will rely less on sugar in future years. Rival Coca-Cola has said it has currently over 200 reformulation initiatives underway to reduce added sugar.

All of this change comes as health advocates say high sugar intake is to blame for negative health issues including obesity and diabetes. Major U.S. cities are responding by adding taxes to sugary beverages to dissuade consumption and on the federal level, approving a new nutritional panel that puts a spotlight on sugar levels.