The Border Adjustment Tax May Have Zero Effect on American Companies 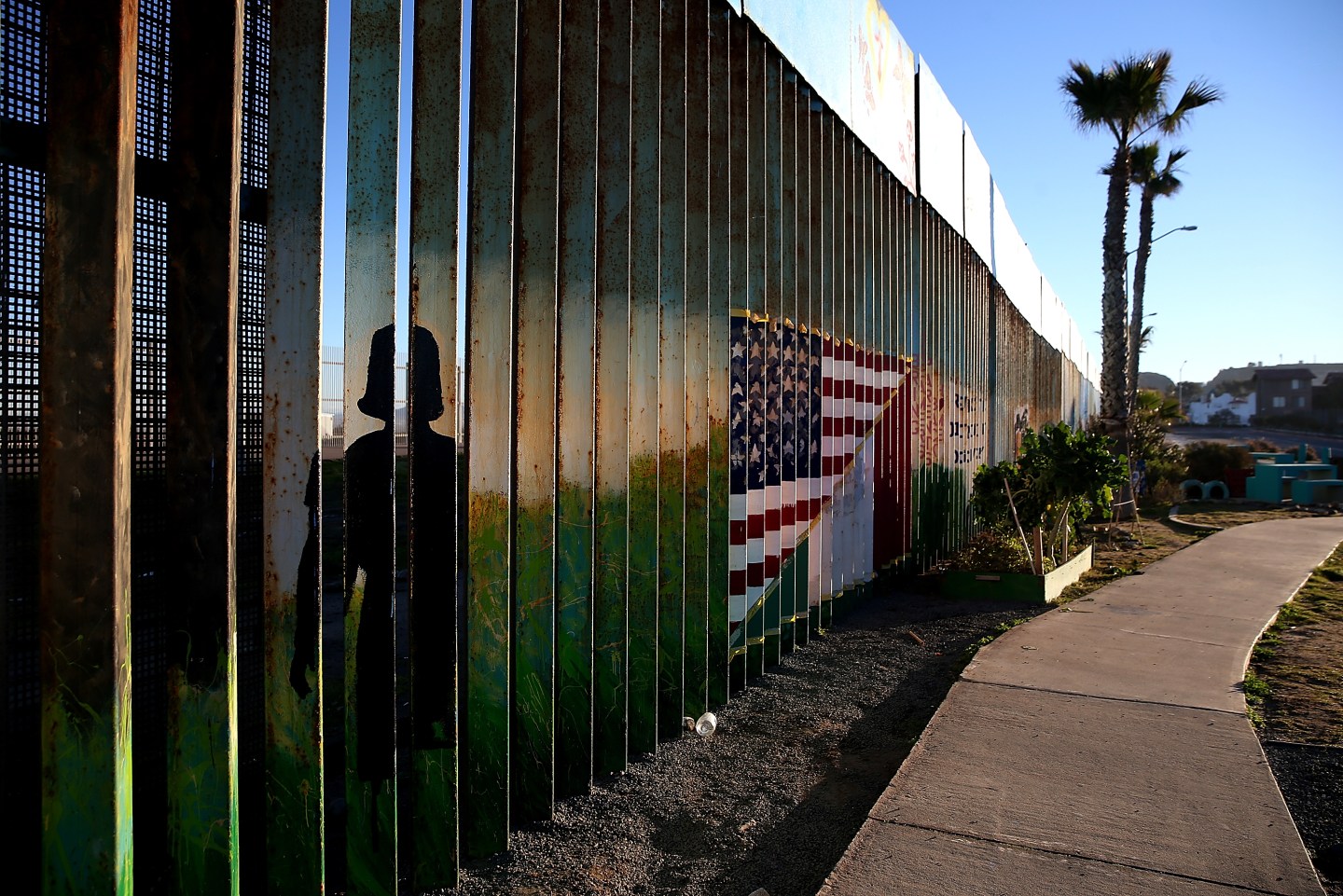 TIJUANA, MEXICO - JANUARY 27: A view of the US-Mexican border fence at Playas de Tijuana on January 27, 2017 in Tijuana, Mexico. U.S. President Donald Trump announced a proposal to impose a 20 percent tax on all imported goods from Mexico to pay for the border wall between the United States and Mexico. Mexican President Enrique Pena Nieto canceled a planned meeting with President Trump over who would pay for Trump's campaign promise to build a border wall. (Photo by Justin Sullivan/Getty Images)
Justin Sullivan—Getty Images

An old joke says God created economists to make weather forecasters look good, and right now economists are feeling every bit of the disrespect embodied in that line. The issue is the House GOP’s proposal for dramatic corporate tax reform. For business leaders trying to decide where they stand on that issue, the central question is whether they believe the economists’ forecasts.

The topic is in the news again. “Lowering the overall tax burden on American businesses big-league, that’s coming along very well,” President Donald Trump said yesterday during his meeting with air travel CEOs. “We’re way ahead of schedule, I believe. And we’re going to be announcing something, I would say, over the next two or three weeks that will be phenomenal, in terms of tax.” Stocks surged on his remarks, but what did he mean? Anything approaching proposed language for a tax overhaul is inconceivable so soon; House Speaker Paul Ryan has said the bill won’t get written until spring, and negotiations will likely last all summer. Nonetheless, opposing factions are already massing their troops, and much of the battle will be fought over the feature called border adjustment. Which is where the economists come in.

Border adjustment, which I’ve explained more fully here, would cause companies to pay 20% more for imports than for domestic goods, while exporters would pay no income tax on revenue from goods they sell to foreign customers. So it seems obvious why big importers—retailers, car dealers, oil refiners—are already spending millions to fight border adjustment, and why exporters—General Electric, Boeing, Dow Chemical—are spending big to support it.

Here’s the problem: Economists say those companies are all crazy. While border adjustment would change effective tax rates, goes the argument, it would also change exchange rates. For reasons explained here, the new tax regime would cause the dollar to appreciate so that importers would pay no more than they do now, and exporters wouldn’t be able to offer customers lower prices. In other words, all the damage or advantage that those companies are spending millions to avoid or achieve—it’s all a mirage. None of it would happen. At least that’s what the economists predict.

Should business leaders believe the economists? Their prediction is supported not just by theory but also by the real-world experience of European countries that have adopted border adjustment as part of value-added tax programs. But no country has enacted a tax regime exactly like the House GOP’s proposal, so no one can be entirely sure.

Companies are prudently preparing for a once-a-generation lobbying free-for-all. It will get complicated and ugly. But as business leaders choose which battles to fight and how much to spend, they will at some point have to ask themselves: Should I believe the economists?