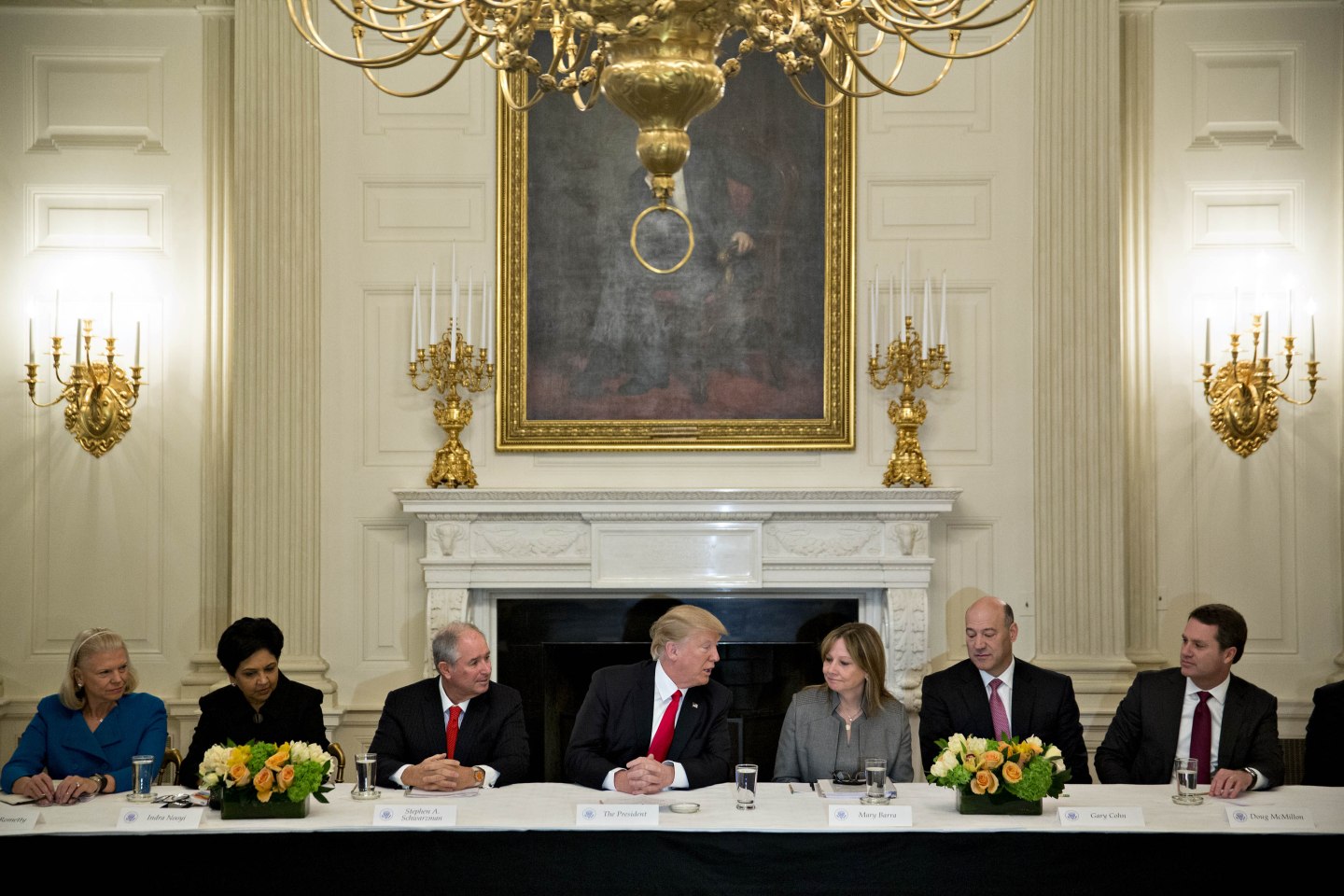 Leading CEOs thrust into the debate over President Donald Trump’s immigration ban are facing new pressure from their own workforces and consumers to confront the White House.

The dynamic became clearer Thursday, when Uber CEO Travis Kalanick announced, in the face of mounting public blowback, he is quitting the business council Trump formed to advise him and set to convene for the first time at the White House this morning. “Joining the group was not meant to be an endorsement of the President or his agenda but unfortunately it has been misinterpreted to be exactly that,” Kalanick wrote in a memo to employees.

Indeed, any benefit the Uber chief may have expected from his proximity to the president was overwhelmed this week by the #DeleteUber social media campaign, touched off by a perception the ride-hailing service tried to profit off of protests against Trump’s immigration ban—a charge the company chalked up to a misunderstanding. Nevertheless, driven by activist groups like Color of Change, Muslim Advocates, Free Press and MoveOn, that campaign morphed into a demand that Kalanick drop out of Trump’s CEO kitchen cabinet. The commercial stakes for Uber were clear enough: On Sunday, for the first time in its history, downloads of the app on iOS were outstripped by those of its chief competitor, Lyft. Driving home the liability consumer-facing brands now face from an association with Trump, the president’s own daughter Ivanka on Thursday saw her retail brand dropped by Nordstrom. The department store cited its lackluster performance, with demand collapsing after it became the target of a grassroots “Grab Your Wallet” protest campaign.

With the Kalanick win under their belt, lefty activists now are setting their sights on Disney and Pepsi, both of whose chief executives serve on Trump’s business council. “These relationships are enabling an administration that is trying to take away the freedom and progress our community has achieved,” Rashad Robinson, executive director of Color of Change, tells me. Kalanick’s fellow techie Elon Musk, of Tesla and SpaceX, rejected that logic in explaining his decision to remain on Trump’s council. “Advisory councils simply provide advice and attending does not mean that I agree with actions by the Administration…I understand the perspective of those who object to my attending this meeting, but I believe at this time that engaging on critical issues will on balance serve the greater good,” he said in a statement.

Via Twitter last night, I asked Neera Tanden, president of the left-wing think tank Center for American Progress, why those opposed to the ban wouldn’t want Trump hearing in person from CEOs making the case against it. Her reply: “I think you’re living in an alternative reality if you think the CEO’s can counter [White House chief strategist Steve] Bannon.”

So the battle lines have been drawn. Chief executives now risk getting caught between a vengeful White House that’s demonstrated its ability to move share prices and wrathful customers ready to vote with their wallets. And the most attractive strategy, simply skipping the whole mess, may not be an option.

This post was adapted from Friday’s Trumponomics Daily newsletter, our daily analysis and roundup of business news from Trump’s Washington. Sign up here to get it free: https://fortune.com/gettrumponomicsdaily/