Lego Has Built an Instagram-Style Social Network for Kids 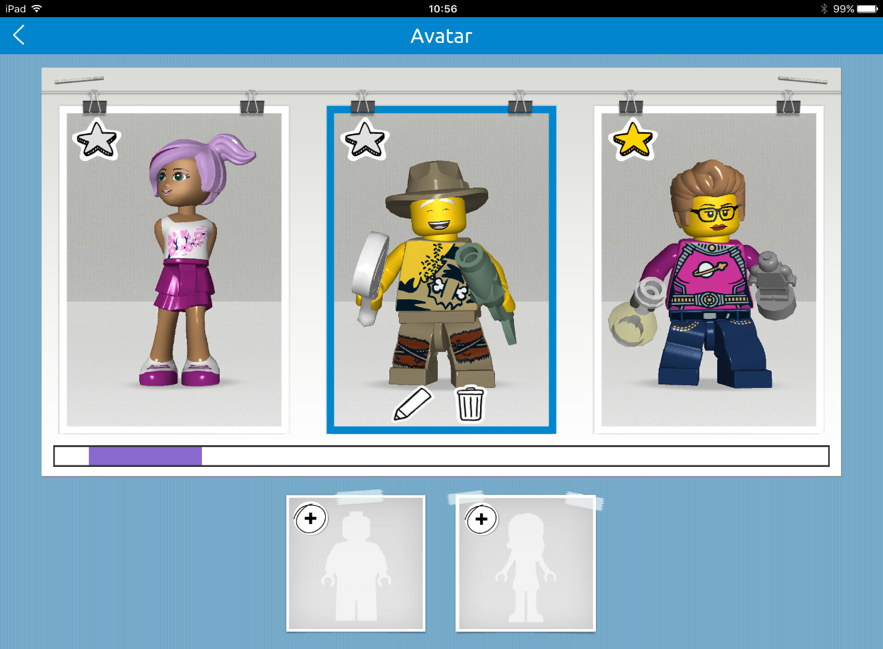 Lego has constructed a social network, called LEGO Life, an Instagram-inspired app that aims to encourage younger kids to share pictures of their brick-built creations.

The Danish toy maker on Tuesday unveiled the app-centered network that aims to encourage kids to share pictures of their toys, use a new Lego emoji keyboard, and even interact via comments with Lego characters that are powered by the toy maker’s adult staff. Lego Life launched on Tuesday in several markets, including the U.S., United Kingdom, Denmark and France. More markets will launch later this year and in 2018.

Rob Lowe, head of LEGO Life, told Fortune that the two elements that the toy maker focused most on were safety and creativity. “We created something that we feel will inspire kids to build more,” said Lowe. “Not just what is in the building instructions—but also what comes from their imagination.”

Lego has been very cautious about how it applies tech and apps to the brand, more purposely adding those features than other toy makers that were faster to embrace mobile tech and apps—although often to very mixed results. Lego wasn’t as quick to add those tech features, but new initiatives in 2017 indicate that the toy maker is taking tech’s role in play more seriously. At CES earlier this month, the company debuted a new toy called Lego Boost, a hybrid building and coding set that the company says combines the play experience of a traditional Lego set with an app-based coding play experience.

In terms of ensuring kids can play safely, Lowe said LEGO Life will randomly assign silly names for the kids that play within the app—to make sure that children’s identities are protected. While kids can comment on the photos others share within the app, all comments need to be approved and must be neutral or positive. Lego says it wants to encourage positive play—no trolls allowed like on other social media platforms.

The idea is that essentially kids can flip through a steady stream of photos of toy sets that Lego hopes will inspire children to build their own sets too. The photos that are updated can feature other brands—and even bricks from competitor construction set makers—but need to feature building set toys in some way. The customized Lego-face emoji keyboard, meanwhile, was built for kids to comment on what their peers shared.

But while the app is firmly a way to play with the Lego brand on a parent’s smartphone or iPad, Lego’s ultimate hope is that kids will put down the device and go back to playing with the toys. “Everything comes back to the physical toys,” said Lowe.

“We want them to get more deeply into Lego and use [LEGO Life] in a way that the bricks were originally intended for, in creating stories and anything that comes into their heads,” said Lowe. “We want them to have a place to share that with other kids.”