Kids Will Soon Be Able to Write Code With Lego 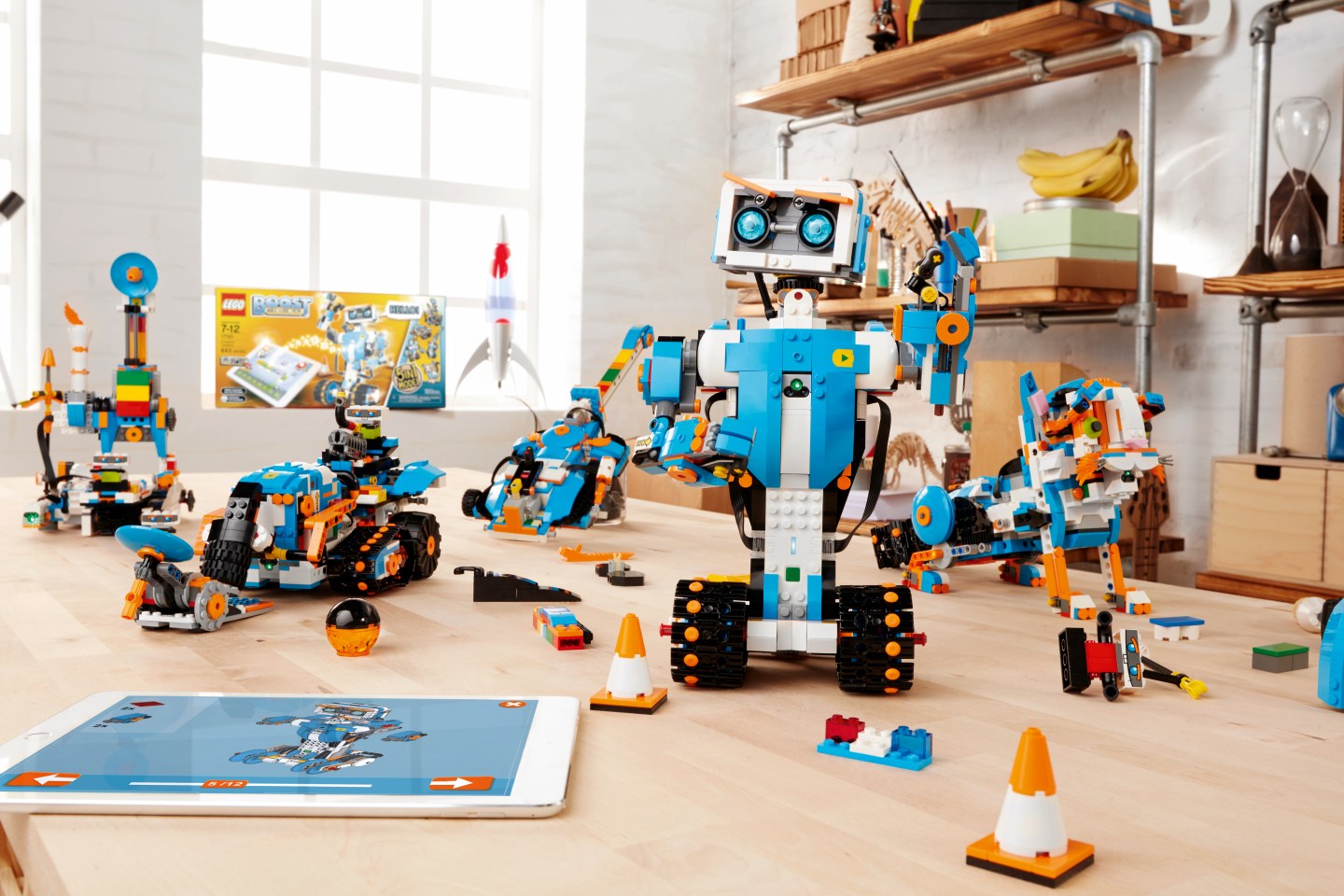 The Danish-based toy maker on Wednesday debuted a new toy called Lego Boost, a hybrid building and coding set that the company says combines the play experience of a traditional Lego set with an app-based coding play experience. Lego Boost, developed for children aged 7 or older, will hit retail shelves in the second half of the year and will be priced at $159.99. Lego debuted the set at the Consumer Electronics Show (CES) in Las Vegas.

The hope is that Lego Boost can help kids learn to code using a downloadable app and the physical toy set. Lego Boost comes with building instructions and coding commands to create five possible Lego creations, including a robot and a cat. The app also includes more than 60 activities related to building and coding. The bricks also come with built-in sensors that can detect color.

The toy is the latest bet by the industry to teach children more about the value of coding—which has been a hot space in the toy aisle. Mattel (MAT), for example, a year ago debuted a caterpillar that teaches coding basics to preschoolers under the Fisher-Price brand. Other coding-focused toys are also getting attention from retailers at a time when educational advocates and businesses are vouching for the benefit of coding as it relates to education, especially because of the increased need for technology jobs in the years ahead.

Part of the buzz in the toy aisle specifically focuses on STEM (science, technology, engineering and math) toys. Those toys have been outselling other categories, toy insiders have claimed, and are getting support from retailers that know it is a hot category. Games & puzzles and construction sets were two of the top-selling toy categories in the U.S. in 2015—an indication that parents are spending more on toys that have a perceived educational component.

Lego and other makers of construction sets have benefited from that trend as those toys already naturally fit into the STEM craze. The debut of Lego Boost is also significant because it adds yet another app-connected toy to Lego’s suite of offerings.

Lego has been slower and more purposeful about adding technology to the company’s toys than rivals like Mattel and Hasbro (HAS). But all three are well aware that kids are spending more time playing with mobile devices and other toys infused with tech—so they need to stay competitive by coming up with ways to incorporate toys into play. That explains why Mattel at CES this year debuted an Amazon Alexa-type device for kids.