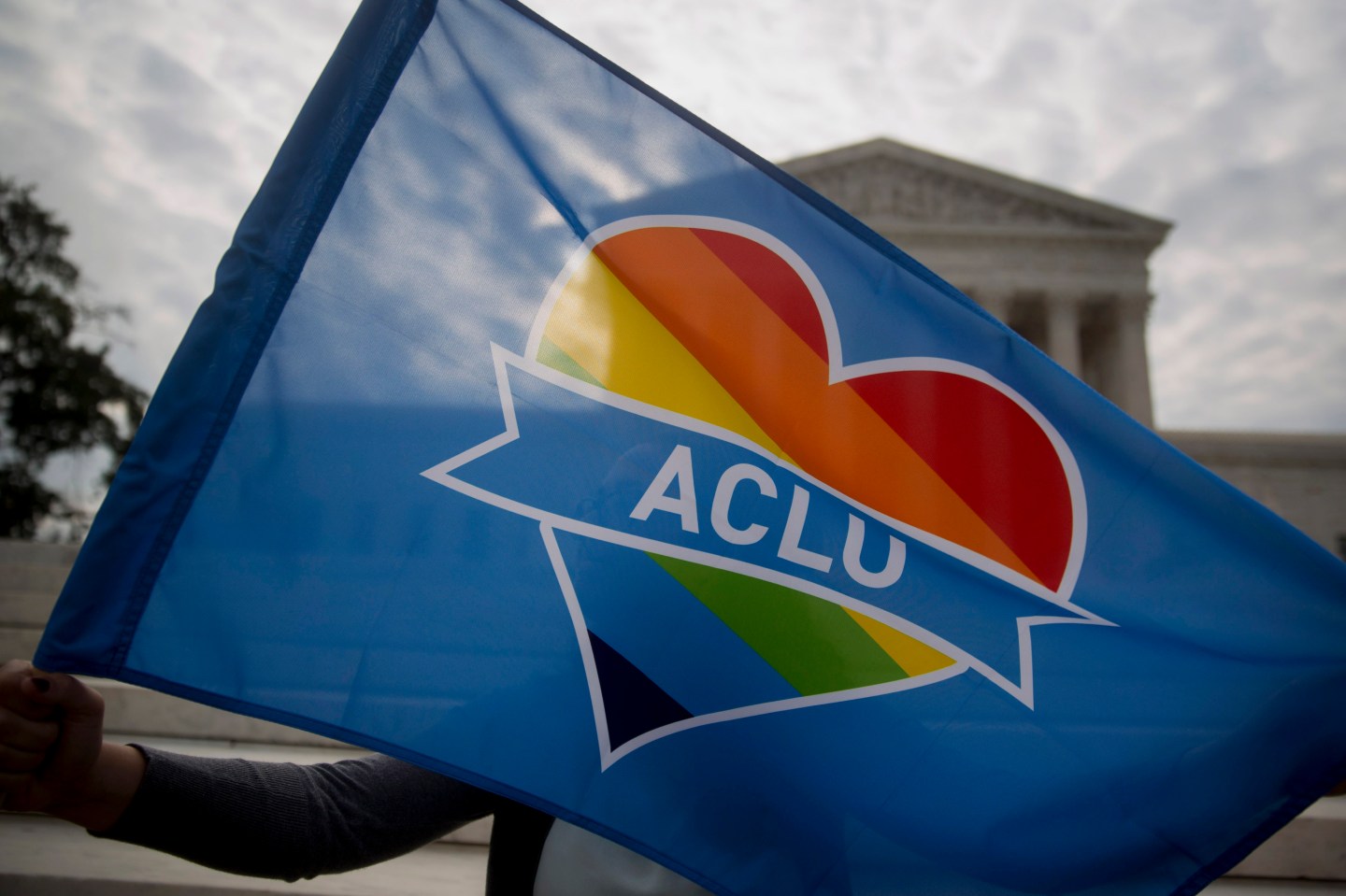 The immigration ban has galvanized Silicon Valley into action.

On Tuesday, Y Combinator—the accelerator program known for helping to launch tech giants Uber and Dropbox—said that it will be supporting the American Civil Liberties Union (ACLU), a non-profit civil rights group founded in 1920.

The ACLU is far from a startup, but that’s okay—the startup accelerator has included non-profits in every “batch” of companies it advises.

“The ACLU has always been important, but has a particularly important role right now. We are honored to be able to help, and we will send some of our team to New York for the rest of the batch to assist,” reads a blog post about the decision, which also mentions that the organization will have “full access to the Y Combinator network and community, and they will present at Demo Day in March.”

In the last couple of days, the ACLU has emerged as one of the major forces of opposition to President Donald Trump’s executive action on immigration. Over the weekend, the group filed a successful lawsuit in New York resulting in the challenge of parts of the ban. Thanks to that—as well as vocal support from notable celebrities and business personalities like Blake Lively, Sia and Chris Sacca—the non-profit received $24.1 million in donations over the weekend, which is six times as much as the rights group typically raises in a year.

The execution action, or “immigration ban” as it has come to be known, was issued Friday by President Trump and suspended the entry of all refugees to the United States for 120 days, barred Syrian refugees indefinitely, and blocked U.S. entry for citizens of seven predominantly Muslim countries for at least 90 days.

That same day, the ACLU outlined its seven-point plan to challenge the incoming president’s policies and administration, which includes filing a Freedom of Information Act request to obtain all documents relating to Trump’s business connections. “We are bringing this first legal action…to underscore the fact that President Trump is not above the law,” Anthony Romero, executive director of the ACLU, said in a statement at the time.

The inclusion of the civil rights group in the latest Y Combinator class comes as a bit of a surprise to some, as notable Trump supporter Peter Thiel is a part-time partner at the accelerator. A spokesperson for the billionaire venture capitalist told Forbes that because Thiel “doesn’t support a religious test, and the administration has not imposed one,” he is not opposed to the ban.

However, a number of other major tech company CEOs have spoken out against the ban. “In a memo obtained by Bloomberg News, Google (GOOG) CEO Sundar Pichai wrote: “It’s painful to see the personal cost of this executive order on our colleagues.”

Apple (AAPL) CEO Tim Cook weighed in as well, writing to his workforce that the company “would not exist without immigration, let alone thrive and innovate the way we do.” Apple founder Steve Jobs was the son of immigrants from Syria, one of the countries impacted by the ban.

Facebook CEO Mark Zuckerberg wrote in a post on the social media platform that the U.S. should focus its security measures on “people who actually pose a threat” and that “expanding the focus of law enforcement beyond people who are real threats would make all Americans less safe by diverting resources, while millions of undocumented folks who don’t pose a threat will live in fear of deportation.”