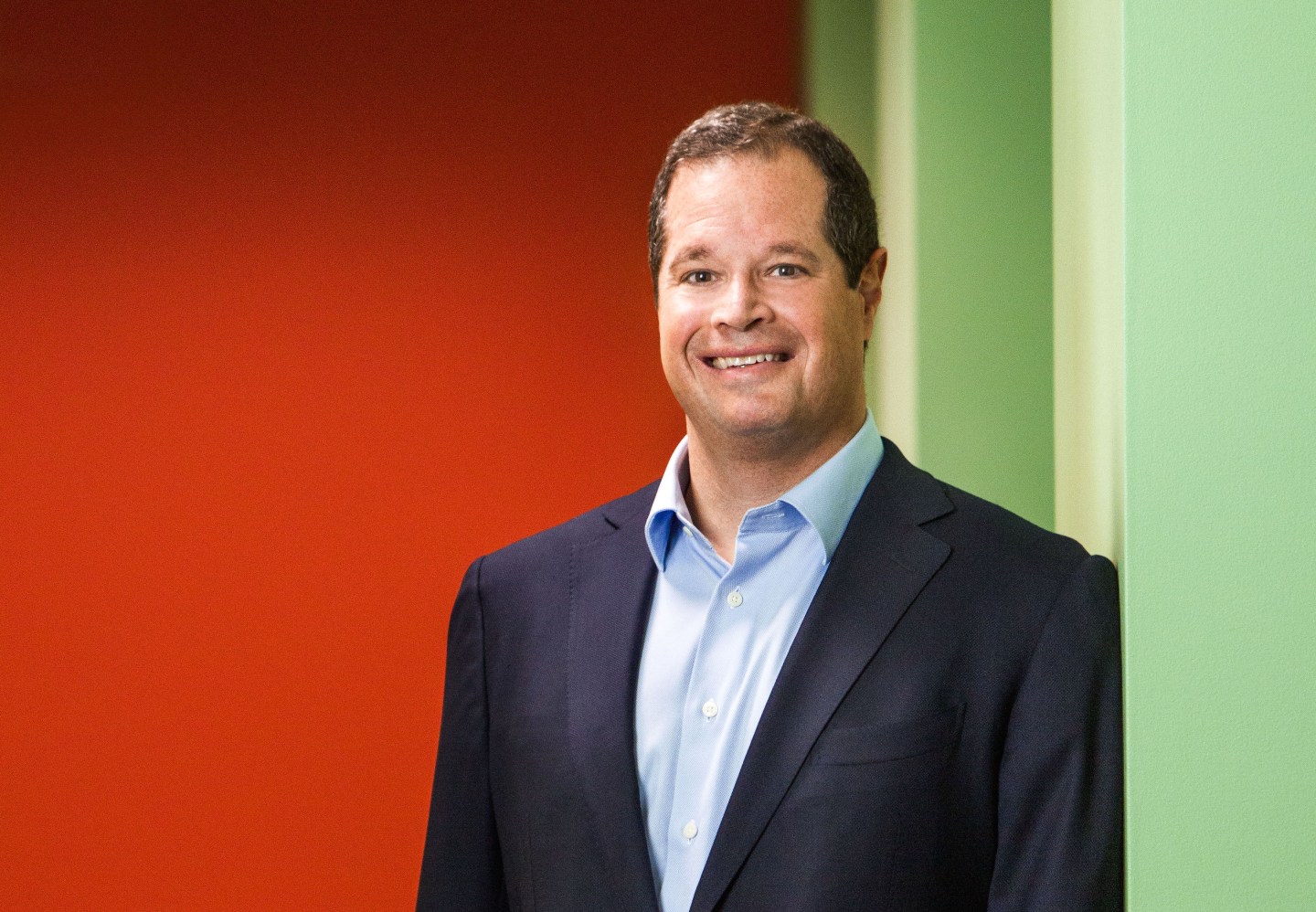 Last year, the U.S. tech titans slowed their pace of acquisitions, but three companies bucked that trend: Google, Intel, and Salesforce.com. Of the three, Salesforce had the highest acceleration of deals. Last year the $53 billion software company did 120% more acquisitions than it did in 2015, according to CB Insights.

I spoke with John Somorjai, the EVP of corporate development and Salesforce Ventures, about AI startups, startup valuations, how the company deals with coop-etition, and what’s overhyped. This interview has been lightly edited for length and clarity.

AI, mobility, and big data are driving a lot of profound changes you’re seeing in businesses overall. We found we needed to accelerate our efforts to make sure we were accessing the best technology we could deliver to our customers quickly. And also bring in some really great talent, especially in the AI space. We bought Richard Socher’s company [MetaMind]. Richard is on a short list of the top experts on deep learning in the world.

Last year we did some small tuck-ins and some small consulting companies, and SteelBrick [a billing service provider], which we were invested in for several years. We bought that company just at the point in time where it was about to inflect and really take off and has proven to be one of the best acquisitions we’ve made. I think a key part of that is that we have a very good sense with SteelBrick that our customers really wanted that technology.

Our M&A strategy is driven a lot from what our customers want to buy from us. With DemandWare (a $2.8 billion acquisition made in June 2016), we knew e-commerce was an important gap in our product offerings.

So what else do customers want to buy from you? What other gaps do you have?

That’s a long list. We have eight clouds. Our largest are the sales, service, marketing, and app clouds. If you look at those, they all have features that they need to add and adjacencies that they want to go into that would increase the size of their business.

In general, we continue to have a lot of interest in AI and am sure we are going to do more deals in that area.

Are AI companies far enough along to have viable products? It seems like so far most AI deals have been about talent.

It’s both. These are not businesses though. I have yet to see a large AI-centric business for enterprise cloud. These are about technology and talent. And we structure the deals to incent the talent to stay. We’ve acquired a lot of really seasoned tech leaders that have grown to be leaders in our own company and that is one thing I’m really proud of. Half of our clouds are run by people that came from acquisition.

One area you haven’t bought into yet is cloud financials and enterprise resource planning (ERP).

We invest in those companies, including Financial Force. It’s an area we watch, but it is not a near-term priority. Right now our focus is on our mission to provide the best CRM technology that we can for our customers and deliver it all on our Customer Success Platform, and that is a lot, a lot, of stuff. There are so many deals we could do just in those areas that would enhance what we are already delivering. It’s hard think about moving into more of the back office at this point.

So you’re investing instead of buying there. Tell me about your investment strategy for startups.

We’ve been investing since 2009 – the goal was to create the ecosystem of the best enterprise cloud companies and focus on increasing cloud adoption. We’ve now invested in over 200 companies and 175 are active today. We’ve had about 50 exits and six IPOs. Of the exits, we’ve acquired nine of the companies we invested in – SteelBrick was one example of that.

For the ones you don’t buy, how do you balance competing with them? Box, for example, was an investment.

We don’t take board seats at all, only observation. Those situations are rare and we do our best to avoid that, but if it does happen, we manage through it. This is an industry of coop-etition, where you can partner and there might be areas where there’s overlap and you might compete. But we want to give our customers choice, so even if we were to buy a company that was competitive with an investment, we want to continue to let our customers buy the best solution for them.

Microsoft is a competitor again. You bought Quip, a productivity app, which competes with Microsoft products. What else will you buy to compete?

We partner with Microsoft in some areas we compete in other areas. I know the press likes that controversy, but we want to integrate productivity [software] with our CRM [software] and it’s something our customers love. We think [Quip] is the best in the market, and we’re integrating it with our CRM. What also came with Quip was incredible talent.

Valuations are generally down, and yet eye-popping deals keep happening, perhaps not at the same pace as in 2015. What are you seeing on pricing?

In general valuations have moderated over the last year. They’re getting to a much more reasonable level. There are a handful of exceptions to that, where companies get bid up by VCs to an unsustainable place and we will not invest in those.

I’ve seen a lot of these deals get very overpriced. It creates this very negative atmosphere within a company, where they’ve raised at such a high valuation and have to prove themselves to a much higher bar to employees, customers and press. The silliness of all of this is that it’s unnecessary. These companies did not have to raise at multiple-billion-dollar valuations. And the employees suffer from it.

We’ve seen people leave great jobs to jump into these startups and get these huge common stock grants, and when the company exits, all the preferences make their shares worth substantially less than they thought. That’s an industry problem.

What do you look at to determine whether a company is overvalued?

Many CEOs ignore attrition and making sure you’re tracking the attrition of customers. It’s critically important, so we look a lot at that.

What revenue multiples are deals getting done at?

If you look at valuations in 2015, a lot of the high growth companies were going at 12x to 14x multiples of revenue. Now it’s more like 8x to 10x. And then if you go down a level, to the companies not in hypergrowth mode but still growing at 30% to 40% a year, the multiples there are comparable to public market.

A ton of money is pouring into analytics startups, especially on the marketing side. Social media marketing, mobile analytics. It’s one area we’ve chosen not to be in, and we’re watching to see who the winners may be. It’s a frothy area.

Does the possibility of looser antitrust standards or tax repatriation affect your M&A outlook?

No to both. We don’t have a lot of cash trapped offshore – but I do believe a lot of the large tech companies do. My guess would be when repatriation happens, that will be an impetus for more M&A.

Correction: This story has been updated to include the correct description of SteelBrick.