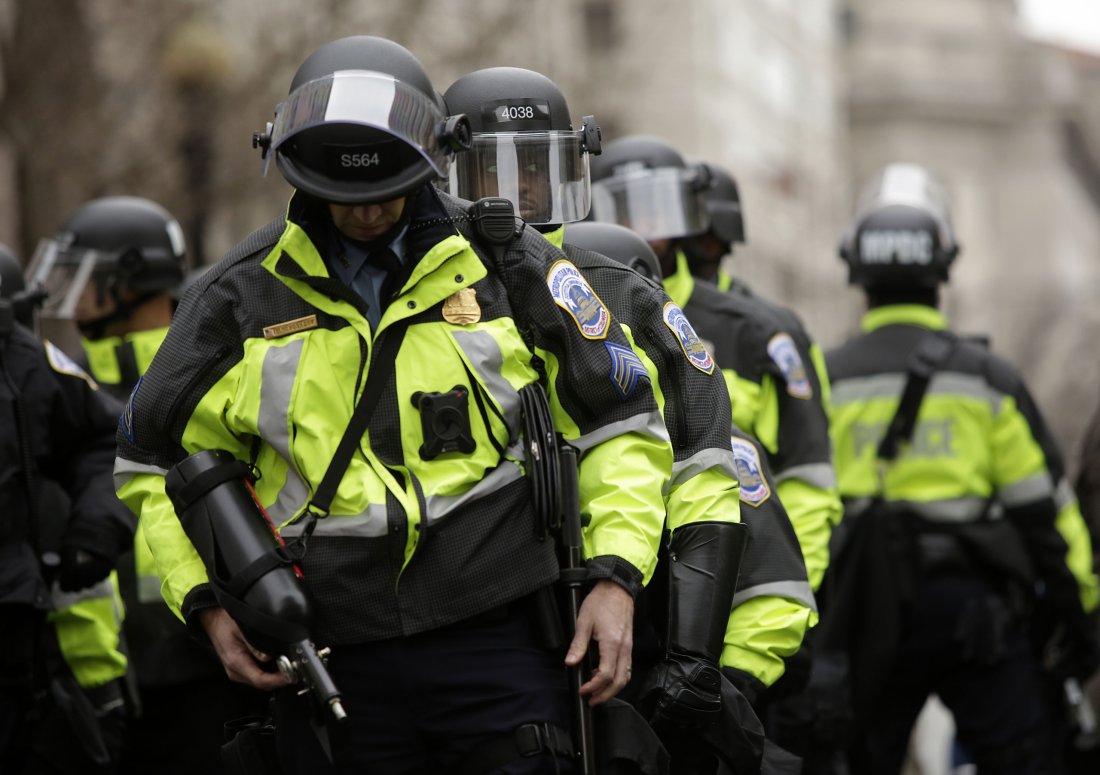 President Trump wasted little time making clear that his administration will take a drastically different approach to criminal justice than his predecessor.

Shortly after taking the oath of office as the 45th U.S. president Friday, the White House published six issue statements on its website, including one titled “Standing Up For Our Law Enforcement Community.” In it, the Trump White House pledged to be a “law and order administration” while stopping what it characterized as a “dangerous anti-police atmosphere in America.”

The statement indicates a stark pivot from the more conciliatory approach of the Obama administration, which saw the Department of Justice as a champion of civil rights in addition to an enforcer of criminal laws.

Throughout the presidential campaign, now-President Trump promised to restore “law and order,” portrayed the country’s inner cities as ridden with crime, and criticized what he described as a “war on police.” He also championed a return to police practices such as “stop-and-frisk” in New York City, which was deemed unconstitutional by a federal judge in 2013.

Under the Obama administration, the Justice Department routinely investigated police departments it said abused power and unfairly discriminated against African-American communities. Consent decrees often followed those investigations, including a final one just this month in Baltimore originally prompted by the death of Freddie Gray in police custody in 2015.

But future consent decrees are unlikely under Senator Jeff Sessions, Trump’s nominee for attorney general, who has called them “one of the most dangerous, and rarely discussed, exercises of raw power.” The Trump administration’s statement issued Friday appears to confirm that the federal government will largely halt its practice of investigating police departments that come under scrutiny.

The statement also takes aim at protest movements such as Black Lives Matter and others who have demonstrated against what they view as discriminatory police actions and other social and economic inequities.

“Our job is not to make life more comfortable for the rioter, the looter, or the violent disrupter,” the Trump administration says, while adding that “supporting law enforcement means supporting our citizens’ ability to protect themselves.”

The incoming administration’s statement echoed crime statistics that Trump often cited on the campaign trail, stating that homicides in the nation’s 50 largest cities increased by 17% in 2015. That figure comes from a Washington Post analysis of city-by-city crime data. Criminologists, however, routinely warn of making conclusions about long-term crime trends based on isolated snapshots. While homicides again increased in the nation’s largest cities in 2016, overall crime remains near record lows around the country and has been gradually declining for a quarter-century.

The statement also said that murders in Washington, D.C., have “risen by 50 percent.” In 2015, the nation’s capital saw a 54% increase in homicides from 2014. Last year, however, the homicide rate decreased by 17%.