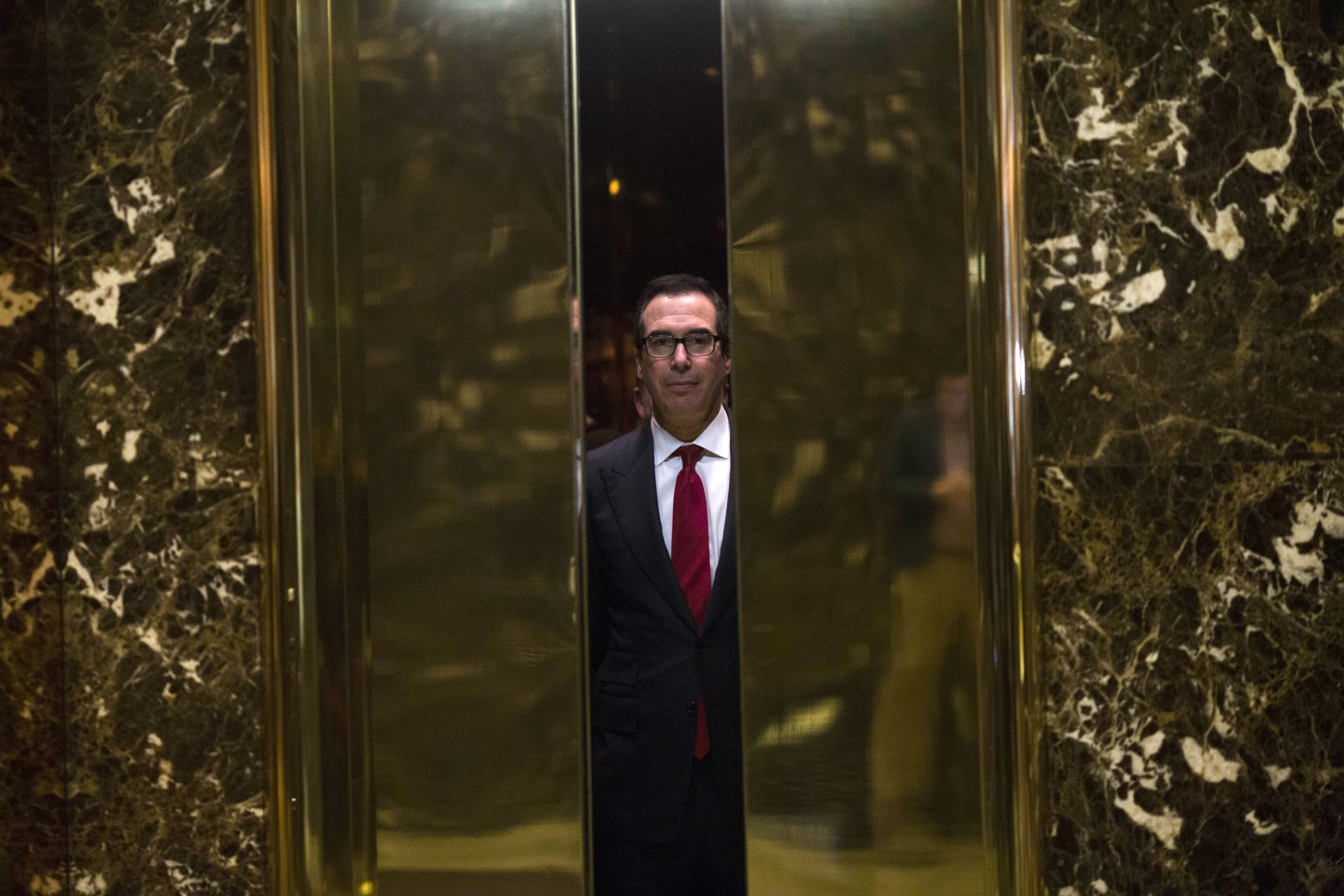 On Thursday, the Senate is expected to question Steven Mnuchin, Donald Trump’s nominee for treasury secretary, to determine whether he is qualified for the position.

The treasury secretary is uniquely positioned to enact policies that can improve economic growth and standards of living. In order to achieve this, the incoming secretary will need to take on two challenging tasks: reduce inequality and enhance labor productivity.

Unfortunately, we have no idea how Mnuchin prioritizes these goals, and if he does, how he plans to bring them about. We know that Mnuchin has accumulated significant personal wealth through his work as a senior manager at Goldman Sachs and hedge fund investor. But thus far, he has offered few indications of his views on central economic policy issues, other than repeated the tired conservative cliché to cut taxes and reduce regulations.

Since the 1980s, that has been the basic game plan of each and every Republican administration, and the cumulative result has been piles of government debt, crumbling infrastructure, financial chaos that brought the world economy to its knees, and a stunning increase in inequality that has produced declining standards of living for a growing number of Americans.

Given this uncertainty, if the Senate hopes to properly evaluate Mnuchin, it should focus on understanding how he’ll approach reducing income inequality and enhancing labor productivity.

“What are you going to do about inequality?” may sound at first like a strange question to ask the incoming secretary treasury, a position not known for a bleeding heart approach to income redistribution, from the days of Alexander Hamilton and Henry Morgenthau Jr. to Henry Paulson, Timothy Geithner, and Jack Lew.

But it’s the right question, because economic growth— the Treasury’s traditional bailiwick—is today inextricably tied to income equality. In the middle of the twentieth century, U.S. economic policy makers regularly increased the federal minimum wage to keep up with the cost of living and advocated strengthening the power and broadening the reach of labor unions. The result was a much more equal distribution of income than we see today. The Senate should ask Mnuchin if he supports such changes.

U.S. economic policymakers in the middle of the twentieth century also placed high marginal tax rates on families earning high incomes and a significant tax on the estates of wealthy families as a way of redistributing income to the less fortunate among us. This also led to a much more equal distribution of income. Will Mnuchin take a similar path? We deserve to know.

Mnuchin’s other priority should be to revive labor productivity. Stagnating productivity is a root cause of the stubbornly slow growth of our economy. In the long run, just two things account for an economy’s growth rate: how fast its population is growing and growth in the output of each person. In the 1950s through 1970s, when the U.S. economy was growing 3% to 4% per year, the output of each American was expanding by about 2.5% per year. That growth rate has now fallen to about 1% per year—the slowest rate we have witnessed since the Industrial Revolution.

One reason for this is that corporate America is pouring an increasing share of its profits into purchases of its own shares— so-called stock buybacks. These stock purchases now amount to several hundred billions of dollars a year. So rather than investing in research and development and new tools and technologies that would increase labor productivity, U.S. corporations are using their profits to manipulate their own stock prices. This needs to change. The Senate should try to determine how Mnuchin would impel businesses to reinvest in themselves.

The Senate should take their responsibility for questioning Steven Mnuchin seriously. On the cusp of handing him enormous economic power, we should be sure he knows how to wield it.

Douglas Cliggott is a lecturer in economics at the University of Massachusetts Amherst.