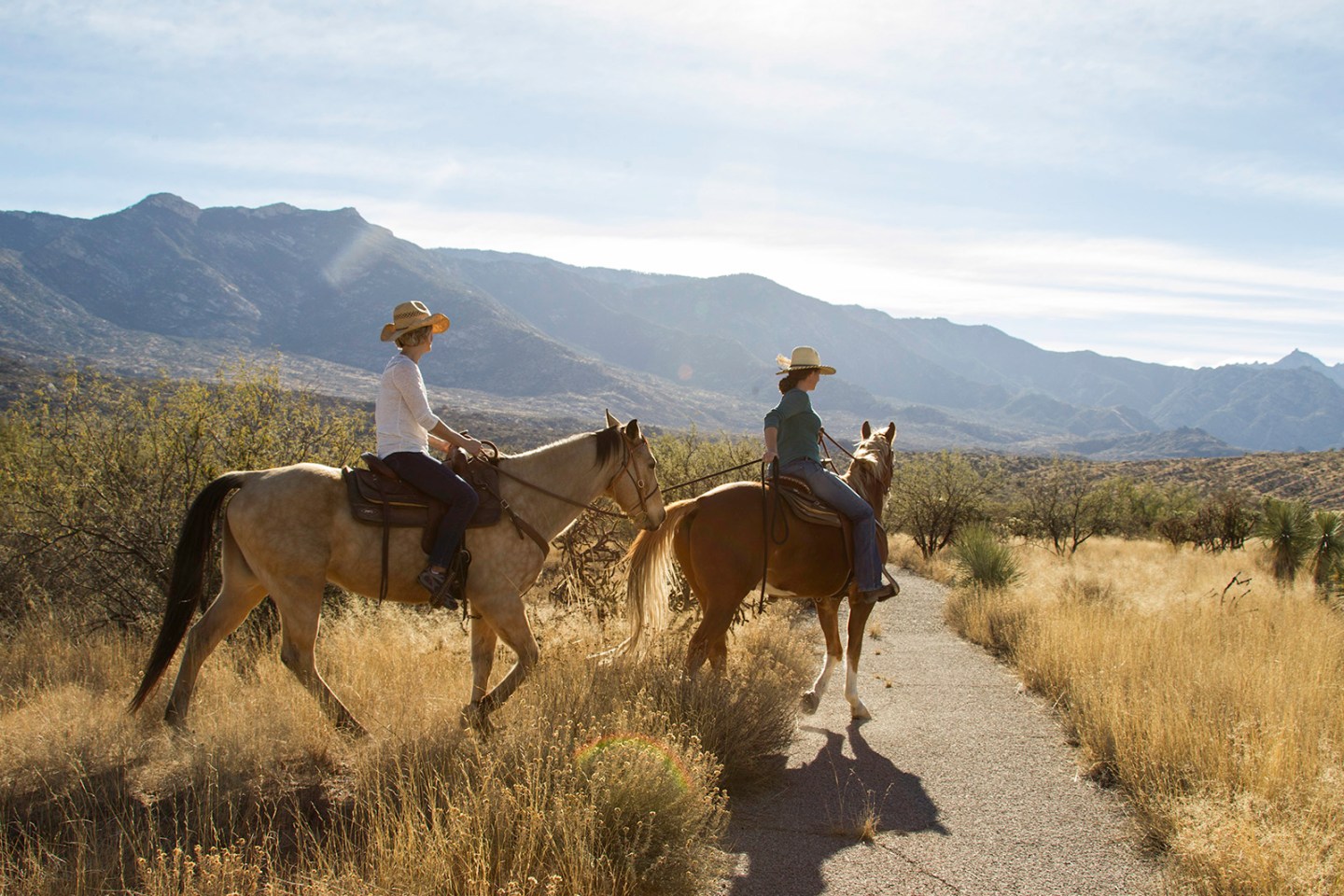 In a sign that the wellness trend that’s taken the world by (a calm, mindful) storm shows no signs of slowing, Chicago-based Hyatt Hotels Corporation has acquired the Miraval Group, a leader in the category of wellness hospitality, in a deal announced Wednesday morning.

Under terms of the deal, Hyatt will pay $215 million for the Miraval brand and two resorts, the company’s flagship destination wellness spa in Tucson, Arizona—a five-star favorite of Oprah Winfrey and other celebrities—and the Travaasa Resort in Austin, recently acquired by Miraval and in the process of redevelopment. Hyatt will also invest an additional $160 million over the next few years to redevelop both resorts and to acquire and redevelop a third, the Cranwell Spa & Golf Resort in Lenox, Mass. Hyatt is acquiring the company from an affiliate of lL Partners, a Denver-based private equity firm specializing in travel and leisure businesses.

While relatively small, the deal signifies affirmation that the trend toward wellness has particular appeal among business travelers, which represent more than 70 percent of Hyatt’s business. “There is a clear focus on wellness at many corporations to really promote a holistic approach to the individuals that are working for them so they can be more productive and happier,” Hyatt CEO Mark Hoplamazian told Fortune. “This is an important megatrend for us to pay attention to.” The deal marks the first acquisition for Hyatt that’s not exclusively a hotel brand; Miraval will live as a separate business unit within Hyatt.

Miraval is highly influential and is a pioneer in the category of wellness research and programming. Courses at its flagship resort include Mindfulness Stress Mastery, the ABCs of Emotional Intelligence, and its famed Equine Experience that lets participants commune with horses as a means to “notice personal patterns of learned behavior that may be holding you back from the life you want to live.” Miraval pairs this content with five-star luxury accommodations.

Hoplamazian sees potential in bringing Miraval programming and experiences to his company’s clientele, both by luring them as individuals or in corporate groups to one of the Miraval destination resorts and by bringing Miraval spas or elements of them to Hyatt’s hotels, which number some 650.

But he emphasizes that the move is not just about spas and draws a distinction between what Miraval does and existing efforts to incorporate wellness into hotels. “This is not shoving a yoga mat in your closet and declaring victory,” he says. “This is really a much more holistic approach to wellness.” He says he experienced this firsthand when he visited Miraval and found himself in a floating meditation class where he hung from the ceiling in a silk cocoon. “After forty-five minutes, I came away deeply appreciative and understanding of just how different this place was,” he says. (As for the cocoon hang, he says it was “really amazing and I would strongly recommend it to you.”)

Hoplamazian also sees potential for Hyatt to expand the Miraval brand into corporations with on-site services at company headquarters. “We believe we can play a role for corporations who want to bring more wellness practices into the work environment,” Hoplamazian said. A few years ago, Hyatt partnered with a group of researchers to fund research on the benefits of meditation in the business world, and says there is an increased awareness to its benefits. “Elevating awareness and being present and being a part of how companies can bring themselves to solutions is a big issue and a critical issue for the future of the world,” he says. “I think that getting people into a mindset that allows them to be effective in that journey is something that’s got tremendous conceptual, but also commercial, value,” he says. “I look at that as a major, major opportunity.”

Miraval was one of the first majority stakes taken by AOL cofounder and former CEO Steve Case’s Revolution LLC when he formed his investment holding company in 2005. In 2014, Miraval was acquired by an affiliate of KSL Capital Partners, whose investments also include Squaw Valley/Alpine Meadows and the Monarch Beach Resort in Dana Point, California.

Hyatt has been working lately on out-of-the-box ways to retool its relationship with customers, attempting to bring more “empathy” to its product by removing standards from check-in processes and encouraging employees to be themselves and launching a new group of non-Hyatt branded properties that bill themselves not as hotels, but as “stays.” Hyatt was also one of the first hotel chains to experiment with short-term rentals in the wake of the surging popularity of Airbnb when in 2015 it took a stake in the UK-based startup Onefinestay. (Last year, AccorHotels acquired Onefinestay outright.)

Hoplamazian said that Hyatt will work hard to maintain the integrity of the Miraval brand and “not move too quickly” on expansion. “This is not about using the brand name to try to monetize,” he says. And he points out another important distinction, perhaps taking a dig at the competition: while Miraval is a wellness leader, he maintains that it isn’t “preachy about “forcing” its guests into a particular diet. “You can have a drink,” he says.