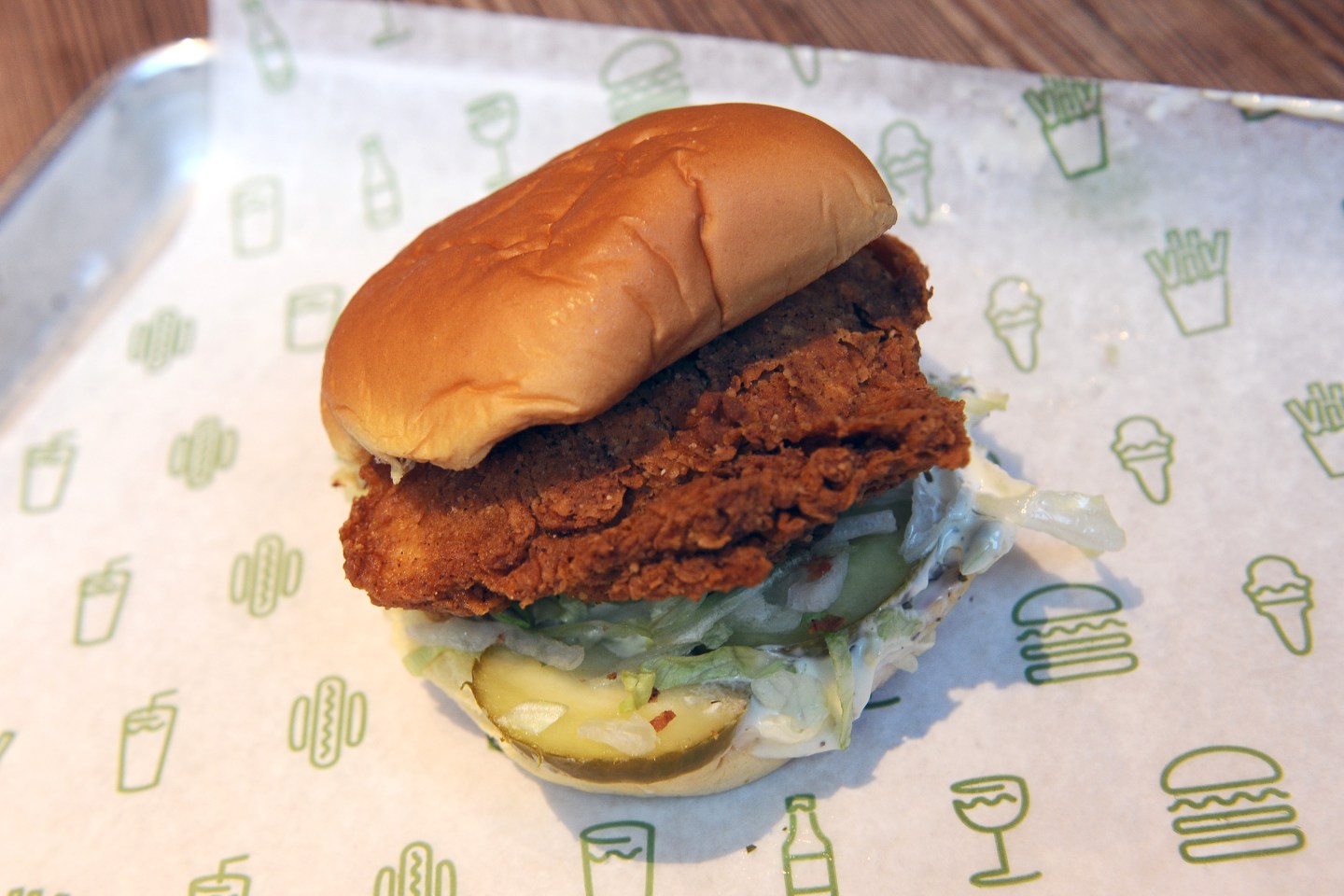 Restaurant chain Shake Shack has vowed to adhere to a set of new animal welfare promises that will make the company’s sourcing of chickens more humane, becoming the latest company in the industry to make this pivot.

The fast-casual purveyor of burgers, fries and shakes said it will make sure to source 100% of chickens using standards aligned with the requirement of the Global Animal Partnership (GAP) by 2024—commitments that relate to practices involving genetic recommendations, the environment the chickens live in, and slaughter practices.

“The idea is that by adopting this suite of recommendations, chickens will have much better lives,” said David Coman-Hidy, executive director of nonprofit farm animal advocate The Humane League.

Shake Shack—which this week also announced that the company met its goal for sourcing 100% cage-free eggs by the end of 2016—says the upcoming chicken-related standards will affect all chicken menu items at the company’s 70 U.S. locations. The policies will aim to require less antibiotics and fewer veterinary visits for the chickens, as well as require suppliers eliminate slaughter methods that are purportedly traumatic for the birds.

The news comes just a few days after fast-casual rival Chipotle Mexican Grill (CMG) said it would move to use strains of birds that would improve their standard of living. The Humane League says Panera Bread (PNRA) and Starbucks (SBUX) have also made similar commitments to adhere to the GAP standards, as have major dining-service companies like Aramark (ARMK) and Sodexo (SDXAY).

The movement toward improving living standards for chickens builds on the cage-free eggs trend, which led to a slew of restaurant chains and grocery stores in recent years promising to ditch cages to improve the lives of hens. Many of the larger restaurant chains have said it can take up to a decade to implement the switch, as it requires investment from the suppliers and farmers to adhere to the new standards.

At first glance, it may not seem like the chicken announcement from Shake Shack will move the needle much as the company has fewer than 100 restaurant locations in the U.S. But with the successful launch of the Chick’n Shack last year and new testing for additional flavors, like the barbecue chicken sandwich, the bird is becoming an increasingly important component of the company’s menu. And as more fast-casual chains sign onto the movement as a way to sell themselves as standing for more ethical animal welfare practices, more rivals may feel pressure to adopt similar standards.