Why Chipotle Is Abandoning Giant Chickens 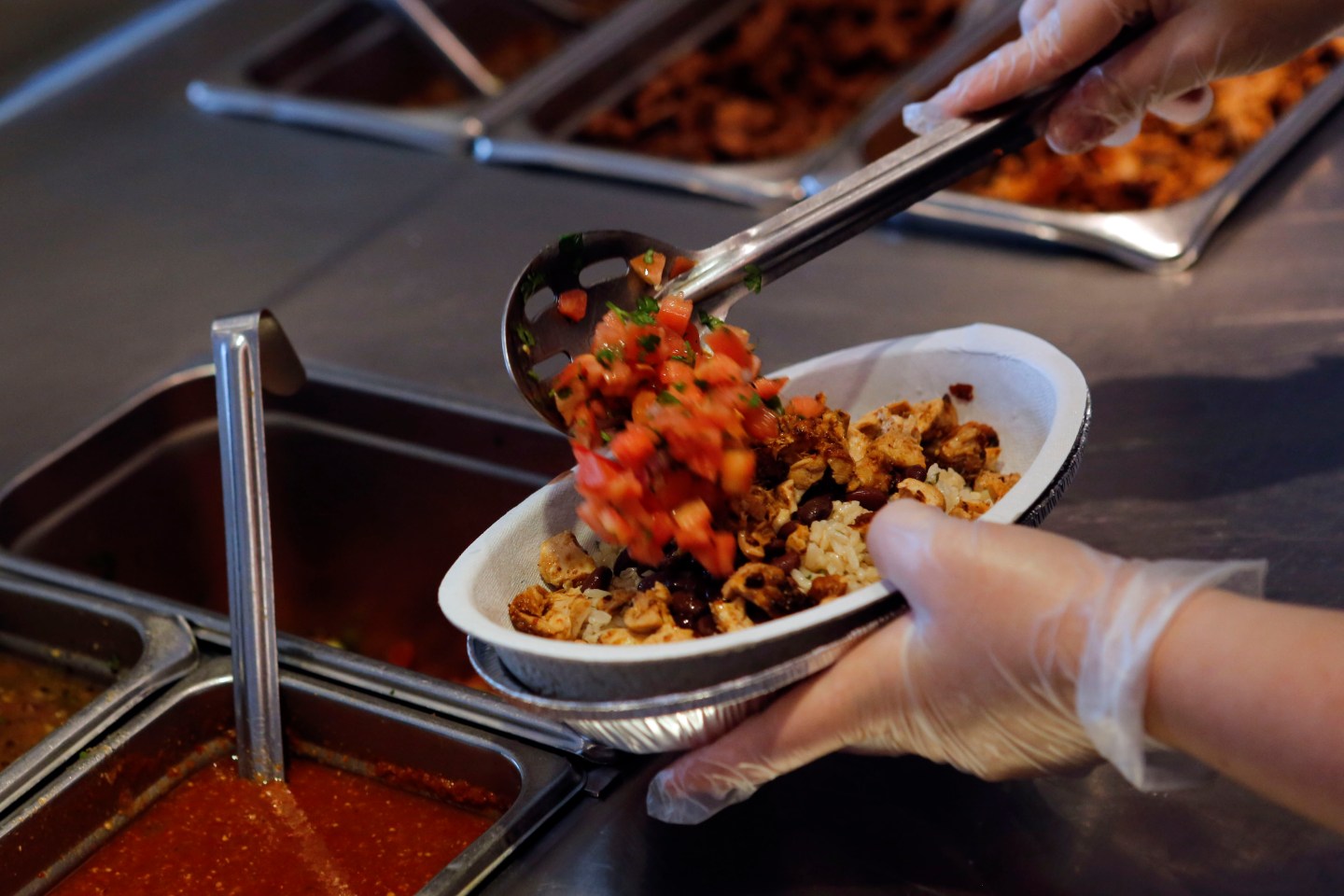 Chipotle Mexican Grill (CMG) is tackling one of the hottest issues in animal welfare: fast-growing chickens.

Chipotle, which uses 140 million pounds of chicken annually, said today that it would have its suppliers transition to using strains of birds that would improve their standard of living. At this point, that means switching to birds that don’t grow as large as quickly.

Chickens raised for meat—called broilers in industry parlance—have been bred to get bigger faster, all while eating less feed. This has been great for agricultural efficiency, but animal welfare activists have criticized the practice for creating birds that have major health issues due to their size, including leg disorders, weakened immune systems, and cardiovascular problems.

Chipotle as part of the announcement also said that it would give its chickens more space (6 pounds per square foot), provide them with improved lighting and litter in their housing, and change how its chickens are slaughtered to a practice pushed for by animal welfare activists. The company said it would implement these changes by 2024.

The move by Chipotle, which follows similar commitments by the likes of Panera (PNRA), Starbucks (SBUX), and major food service operators, comes as consumers have increasingly prioritized issues like animal welfare standards. Josh Balk, vice president of farm animal protection for the Humane Society of the U.S., told Fortune that the momentum building around fast-growing chickens mirrors the surge that led to industry-wide changes on other animal-welfare issues including gestation crates and cage-free eggs.

The National Chicken Council has started to push back against criticisms, releasing a study this week that called out the increased environmental impact of slower-growth chickens. The study, conducted by Eli Lilly’s (LLY) Elanco Animal Health division at the request of the National Chicken Council, said that if one-third of U.S. broilers switched to slower growing breeds, that would mean 33.5 billion pounds more feed, 7.6 million acres/year more land, 28.5 billion pounds of manure, and 5.1 billion additional gallons of water. The study estimated that this would come at an additional cost of $9 billion.

The decision by Chipotle comes as the chain’s sales have struggled to rebound from a poorly handled and prolonged food-safety crisis that began in the fall of 2015. Earlier this week, the chain warned that same-restaurant sales would decline again for the fourth quarter of 2016—the fifth consecutive decline.

John Kell contributed to this report.