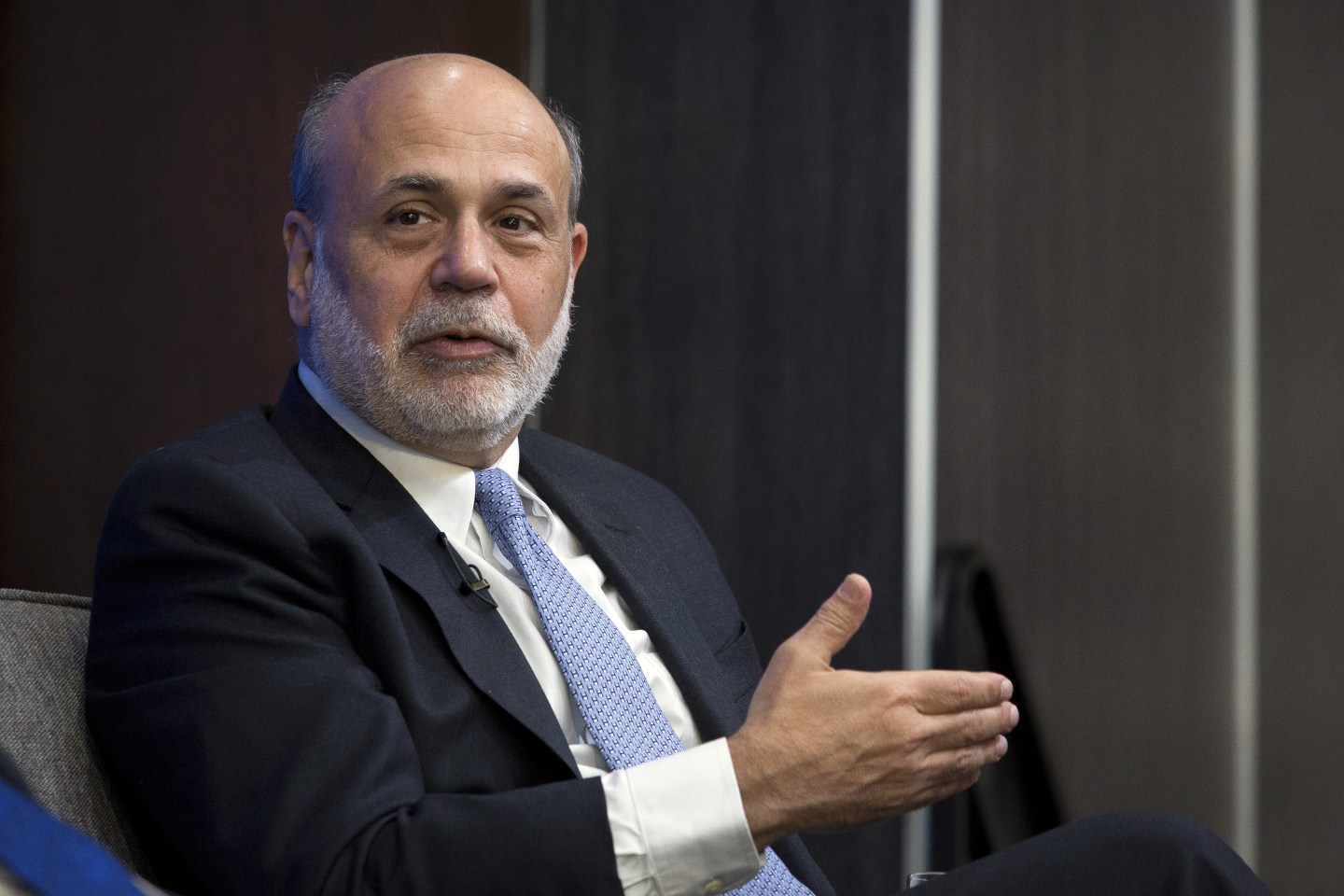 Trump has previously accused of manipulating the yuan to gain trade advantages over other nations and has threatened to introduce a 45% tariff on Chinese exports into America.

“One of the things the candidate said he would do was label China a currency manipulator, which means that China is keeping its currency artificially low in order get an advantage in exports,” said Bernanke video-conference Q&A for the UBS Wealth Insights conference in Singapore. “Of course, China right now is working very hard to keep the renminbi from falling. So it’s a little bit inconsistent.”

The yuan fell to nearly eight-year-lows against the dollar after Trump’s surprise win in the election. But many analysts attributed this change to the surge of the dollar with the dollar index after the election.

Bernanke, who served as head of the Fed between 2006 and 2014, added that he expected a “little bit of friction” between China and the U.S. over trade, but he went on to say that he didn’t expect a big change in global trade. “It is a dangerous thing to try to interfere too much with our trade and I’m hopeful that this will be a very cautious process,” Bernanke said.

He added that the people Trump had chosen for his administration do not agree with one another on whether to roll back trade and globalization. “I think what we’re going to see is a lot of internal dissension, where different points of view are fighting it out within the administration and the president is sort of broadcasting to the public what he’s thinking in the moment,” Bernanke said. “So there’s a lot of uncertainty.”