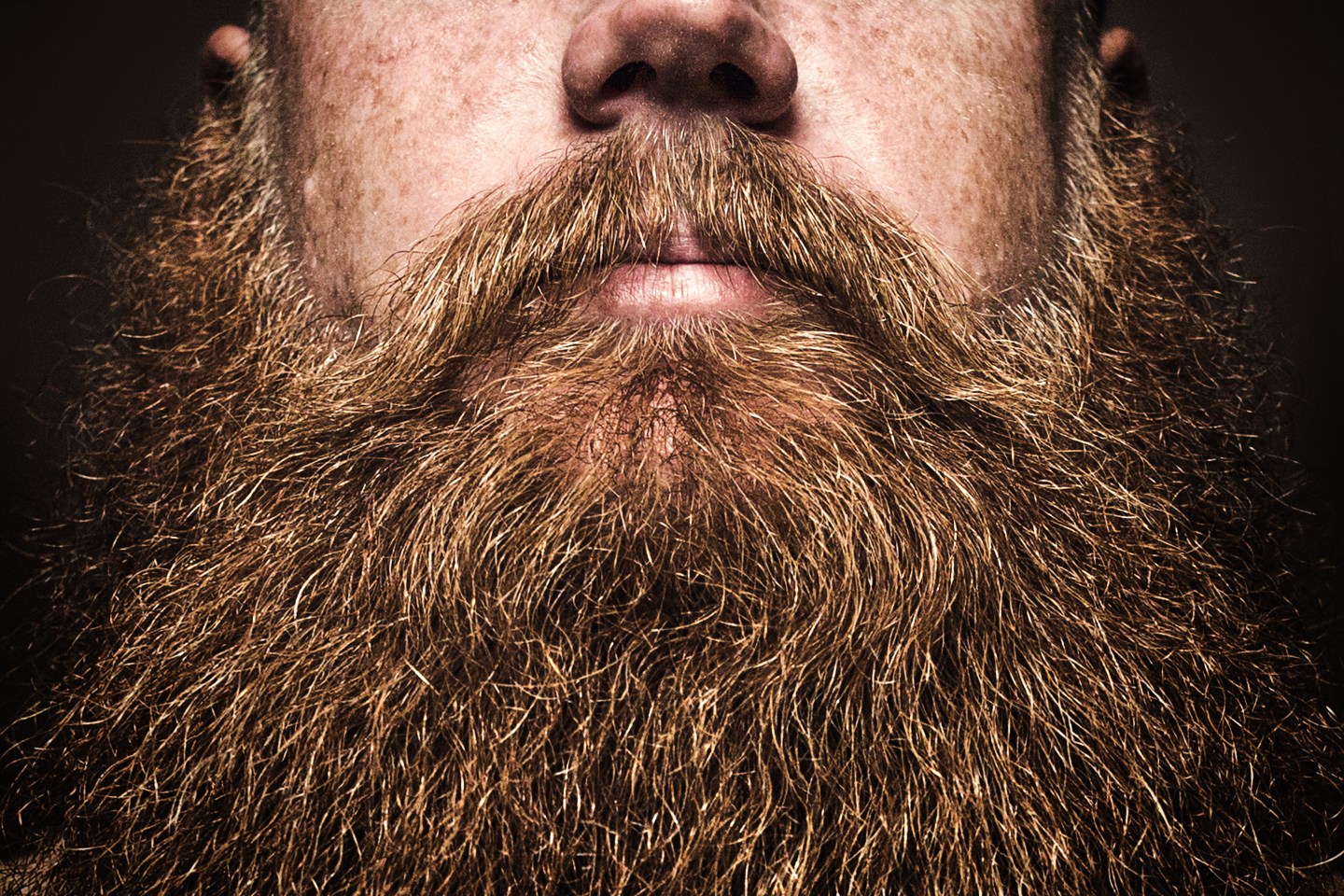 A close up portrait of a mans large red beard, his facial hair filling the image frame. His face is obscured by the composition, emphasizing the masculine mustache and beard. Horizontal image with copy space on beard.
Photograph by RyanJLane—Getty Images

There’s gold in them whiskers. As more men eschew their daily shave for a beard, firms are finding a lucrative niche in a new line of facial hair care.

Detroit-based Beard Balm flogs tins of its product—a mix of bees wax, lanolin and, other beard-taming ingredients—for $16 a pop, and CEO Jon Koller says the company is moving over 400,000 tins a year.

“The biggest driver is that it’s easier to grow a good beard now with these products. It can be hard to explain to men even though women have always known it’s hard to exist without product in this world,” said Koller.

Meanwhile, companies with names like Brooklyn Grooming Co A are rushing to sell special oils that promise to turn men’s wiry whiskers into lustrous, sweet-smelling beards.

The trend is driven in part by changes in male shaving habits. According to Simmons Research, 39% of U.S. men have facial hair, up 15% from five years ago. Meanwhile, the number of men who don’t shave at all is up across all age groups, and now stands at 20%.

So how does all this fit into the U.S. market for men’s shaving goods, which research firm Euromonitor predicts will grow 10% to $3.37 billion by 2020?

Analyst Eleanor Dwyer says oil and balm products are benefiting from the trend, but that the overall shaving market will stay steady since men still buy razors to sculpt and groom their beards. Beard products could, however, steal share from products like aftershave and moisturizer. Koll of Beard Balm says the trend is here to stay , and that beards are sprouting on the faces of people in different demographic groups.

“Beards appeal to millennials but also to older people who see the re-emergence of beards as a cultural phenomenon—without the stigma of being a dirty hippie. We’ll all for showering.”