That Time Steve Ballmer Laughed at the iPhone 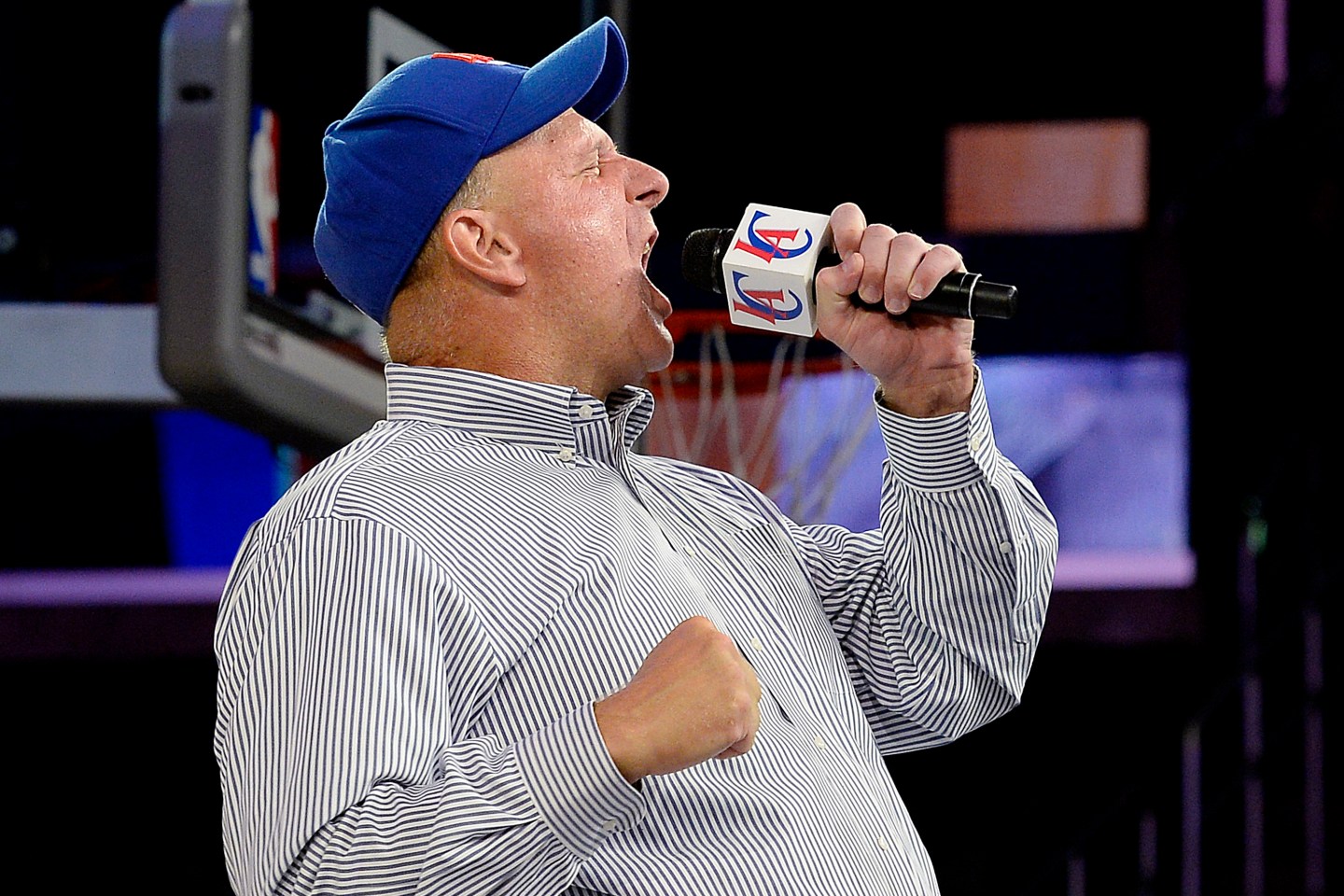 Steve Ballmer, former chief executive officer of Microsoft Corp., speaks to fans as he is introduced as the new owner of the Los Angeles Clippers in Los Angeles, California, U.S., on Monday, Aug. 18, 2014. Ballmer bounded onstage at a Staples Center rally that was was attended by about 3,000 people, many wearing red We Are Clippers T-shirts. Photographer: Kevork Djansezian/Bloomberg via Getty Images
Photograph by Kevork Djansezian — Bloomberg/Getty Images

Once upon a time, a Microsoft CEO thought Apple was making a big mistake on a device it called the iPhone. And then Apple laughed.

In an interview with the BBC on Monday commemorating the iPhone’s 10th anniversary, Tony Fadell, one of the early members on the iPhone development team and founder of smart home company Nest, recalled the time then-Microsoft (MSFT) CEO Steve Ballmer laughed at the iPhone, calling it a “not very good email machine.” He also scoffed in the 2007 interview at the iPhone’s launch of a keyboard, which he thought, wouldn’t make it an attractive option for business customers, and thought its $500 starting price was too high.

According to Fadell, Apple (AAPL) heard the interview with Ballmer and everyone on the iPhone team “laughed at him.”

But Ballmer, whose iPhone evaluation has been panned for a decade, wasn’t the only target of Apple’s laughter. Fadell, whose company Nest was acquired by Google in 2014 for $3.2 billion, told the BBC that Apple also chuckled at BlackBerry (BBRY), the company that at the time had been selling popular smartphones but would ultimately succumb to the iPhone onslaught.

“We also laughed at Blackberry,” he told the BBC. “Whenever I create a new product , and I learned this with Steve [Jobs], if the incumbents laugh at you and the press laugh at you, you go, ‘we’ve hit a nerve’.”

Fadell’s comments were published on the 10th anniversary of the iPhone’s unveiling.

Apple’s first handset was made public on January 9, 2007 during late Apple co-founder Steve Jobs’ Macworld 2007 keynote at the Moscone Center in San Francisco. Jobs obviously had a much different take on the iPhone’s future than Ballmer, calling it a “revolutionary” product during his keynote. The iPhone ultimately went on sale in June of that year. Now ten years later, more than 1 billion iPhones have been sold worldwide.

While Ballmer laughed off the iPhone’s features, he also acknowledged in the interview that the handset might ultimately sell well. He just didn’t believe that Apple’s strategy was the best one. Ballmer, though, was ultimately pushed out of Microsoft in part because of his slow response to the growing popularity of the iPhone and Android-based smartphones.

One other tidbit from the Fadell interview: he once was on a plane with an iPhone prototype and lost it. After two hours of searching, he found it lodged between seats. It was a fortuitous find: Jobs had already warned the team that anyone who let word of the iPhone slip would be fired.