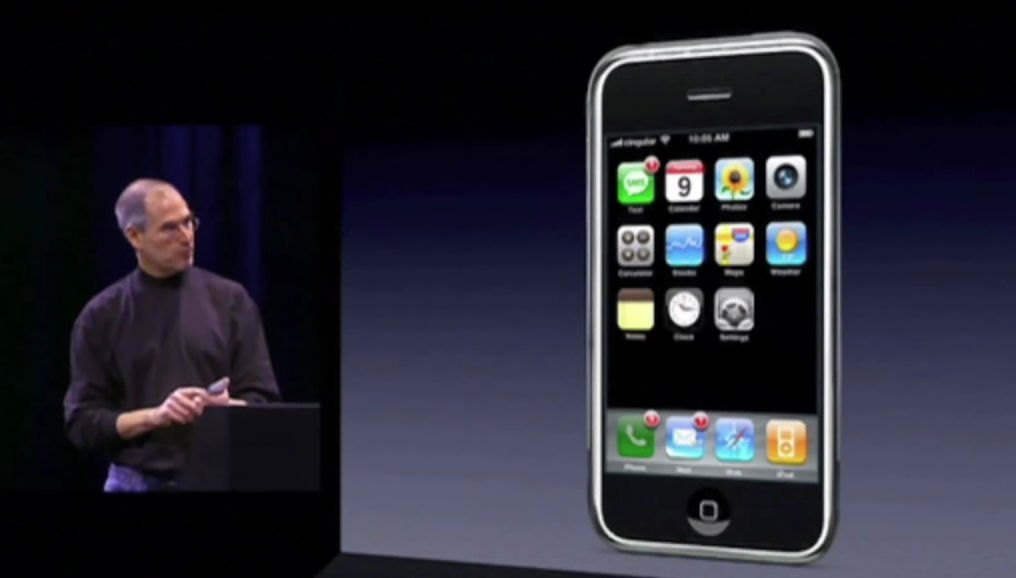 When Steve Jobs took the stage at the Moscone Center in San Francisco on Jan. 9, 2007, he changed the world.

On that day, exactly 10 years ago, the late Apple co-founder unveiled the iPhone. At the Moscone Center, home to the Macworld 2007 convention, Jobs showcased a handset that would be available exclusively on AT&T’s (T) wireless network (then known as Cingular) for much of its early life. The iPhone had a touchscreen, ditched the physical keyboard, and delivered a new mobile operating system designed solely by Apple and for Apple—an OS that was unlike anything popular competitors at the time were offering.

While the world learned officially of the iPhone during that Jobs keynote, Apple had been working on the project since 2004 under the codename Project Purple. Over the three-year period, Apple (AAPL) amassed a team of more than 1,000 people to work on different facets of the iPhone’s development, and Jobs was there every step of the way. He evaluated different versions of the gadget, including one that looked like an iPod (scroll wheel and all) and nixed everything that wasn’t up to snuff. He also evaluated the software, which would morph into the iOS we know now, to ensure it was something different and appealing that could impress the world.

Jobs said when he unveiled the iPhone that the handset would be revolutionary. And he was right. But in the context of the broader marketplace, it wasn’t alone. At the time, the smartphone market was moving toward touchscreen devices and there were some handsets already on the market that delivered some (but not nearly all) of the touch features offered by the iPhone.

But Apple’s iPhone was the first device to get it right. It offered multitouch, a big-screen display to watch movies and other content, the ability to organize the user’s life, and just as important, was a solid phone. Apple’s iPhone was the first device that actually understood what users needed—perhaps even before users even knew they needed it.

Once Steve Jobs unveiled his company’s handset, a new era began. Competitors around the world mobilized to respond to Apple’s iPhone, delivered clones, and tried to one-up the company. Entrenched competitors like Palm and BlackBerry would soon be forgotten by the onslaught of customers who wanted the next best thing and not the old wares they were peddling.

Apple, of course, has proven to be the biggest beneficiary of that. With a single release, the company created an entirely new business segment that has generated massive sums of cash for a decade. Without the iPhone, Apple wouldn’t be the Apple we know it as today.

But it’s the historical significance the iPhone has had on users that is arguably most important. Consumer lives changed dramatically when the iPhone was released 10 years ago—although introduced in January, it actually reached customers in June. We now live in a mobile-first world, iPhones (or Android devices) at our side, ready to take on the day’s challenges. Computers—and, at times, the person sitting in front of us—have become secondary. The smartphone—touchscreen, App Store, and all—is what matters most now. And we have Steve Jobs and Apple to thank for that.