So You Want to Be an American Ninja Warrior 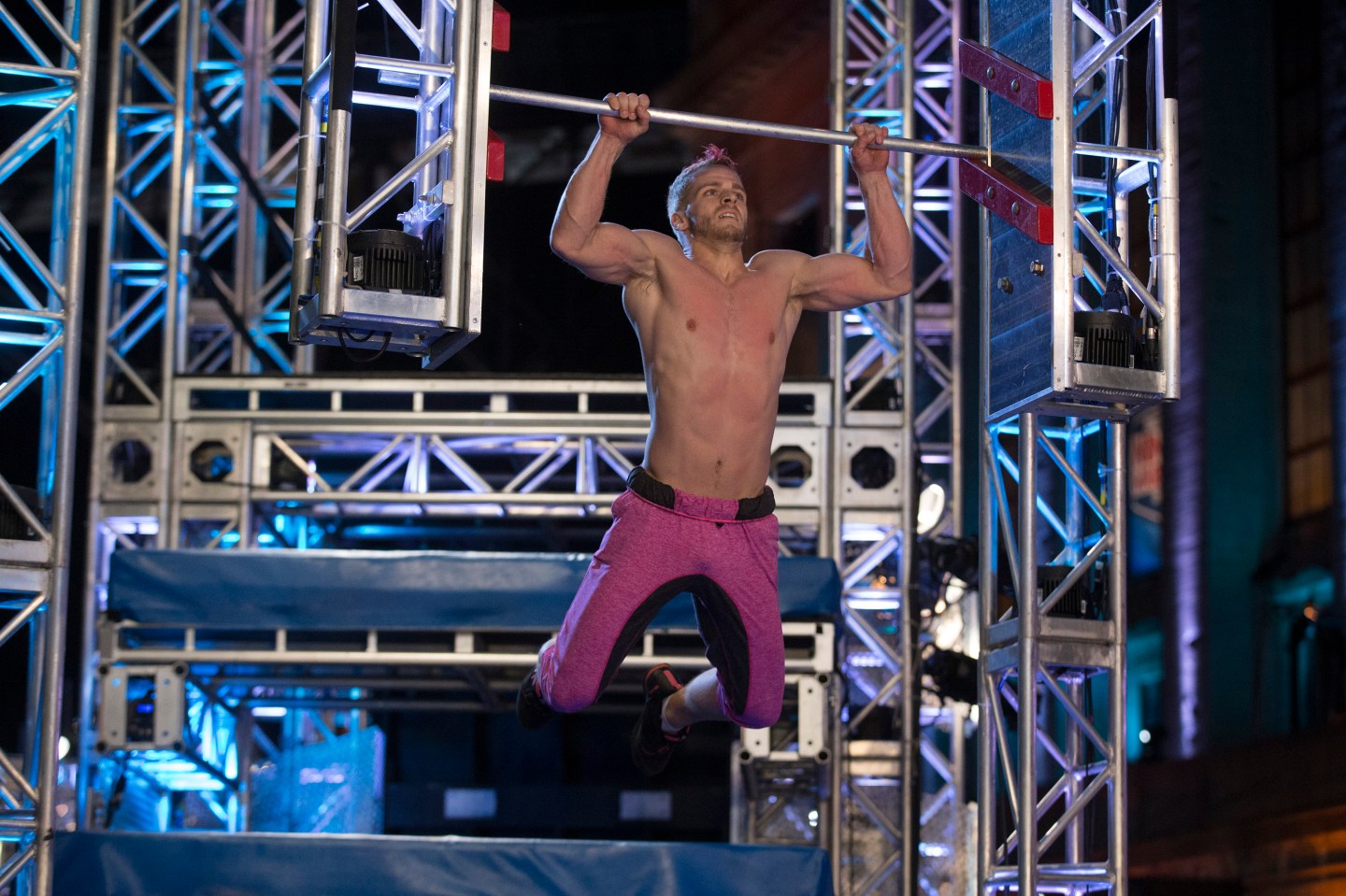 One of the best things about Jeopardy and other TV game shows is that viewers can play along from home. (“What is a smash hit television formula, Alex?”) For a long time, that was out of the question for American Ninja Warrior, the ratings-topper that features athletes wending their way through improbable obstacle courses. But recently, more gyms are starting to see there’s some pent up demand recreating the obstacle experience. Introducing the latest off-beat fitness trend: The “ninja gym.”

It’s driven in part by the high number of people training to get onto the show itself. Some 75,000 athletes auditioned to run, jump and swing in the show’s obstacle course races for the championship title and a $1 million prize. To date, only two competitors have finished the national finals course in Las Vegas, and just one won the money.

To help athletes prepare, ninja warrior gyms offer classes, local competitions, and coaching by those who have made it onto the show.

Chris Wilczewski, a seven-time Warrior competitor, and his brother Brian, a three-time competitor, decided to take advantage of their fame on the show by founding ninja gyms dubbed Movement Lab in Hainesport, N.J. and Columbus, Ohio. They weren’t the only ones to have that idea.

Nationwide, fitness industry watchers say there’s been an increase in the number of gyms and fitness studios that advertise ninja warrior-type classes or activities.

Preparing wannabe ninjas to tackle the Jumping Spider, Rope Swing, or Rolling Barrel isn’t cheap. Wilczewski says opening a ninja gym can cost anywhere from $50,000 to $250,000, depending on the complexity of the facility. (He says annual revenue can then run in the $200,000 to $500,000-and-up range.)

Athletes like Jessica Lynne Clayton, a single mom with three children in Douglasville, Ga., was so pumped up about competing, she took a part-time job at Ninjakour, a ninja gym in Atlanta, so that she could train daily for free.

“On any given weekend, there are competitions hosted by gyms around the country,” Clayton says. “There are even competitions run by people who have built backyard obstacle courses. I like it because you’re really competing against yourself and your fears. The sport is just so different and new.”

While adults like to socialize and train together, the bulk of the revenue for most ninja gyms come from classes and activities for kids, young fans of the show who want to be just like the adult competitors.

Sam Sann, a five-time Warrior veteran and hairdresser/fitness trainer, opened the Iron Sports Gym in Houston in 2010, a year after the show debuted.

“People thought I was crazy and laughed, but we now book 14 to 16 kids parties every weekend, on every half hour,” says Sann, who cut hair by day and built more than 100 obstacles for his 30,000 square foot gym at night. There are expenses, yes, but, “Last year, we made $400,000 in annual revenue. Every year, at least five athletes from my gym make it to the show’s national finals.”

“There are a lot of people who hunger to do what the ninjas do on the show,” Smith says. “The show is an accessible dream, where everyday people do extraordinary things. We’re not involved with any of the gyms. But it’s a thrill to see them spread the ninja.”

American Ninja Warrior will cast athletes in the following host cities for the series’ sixth season on NBC, with encore presentations on Esquire Network, where the series is entering its ninth season:

The top 15 competitors from each city will move to the national finals round in Las Vegas. The winner will take home a grand prize of $1 million.

For more on American Ninja Warrior-inspired gyms, read our companion piece from the Jan. 1 issue of Fortune magazine.