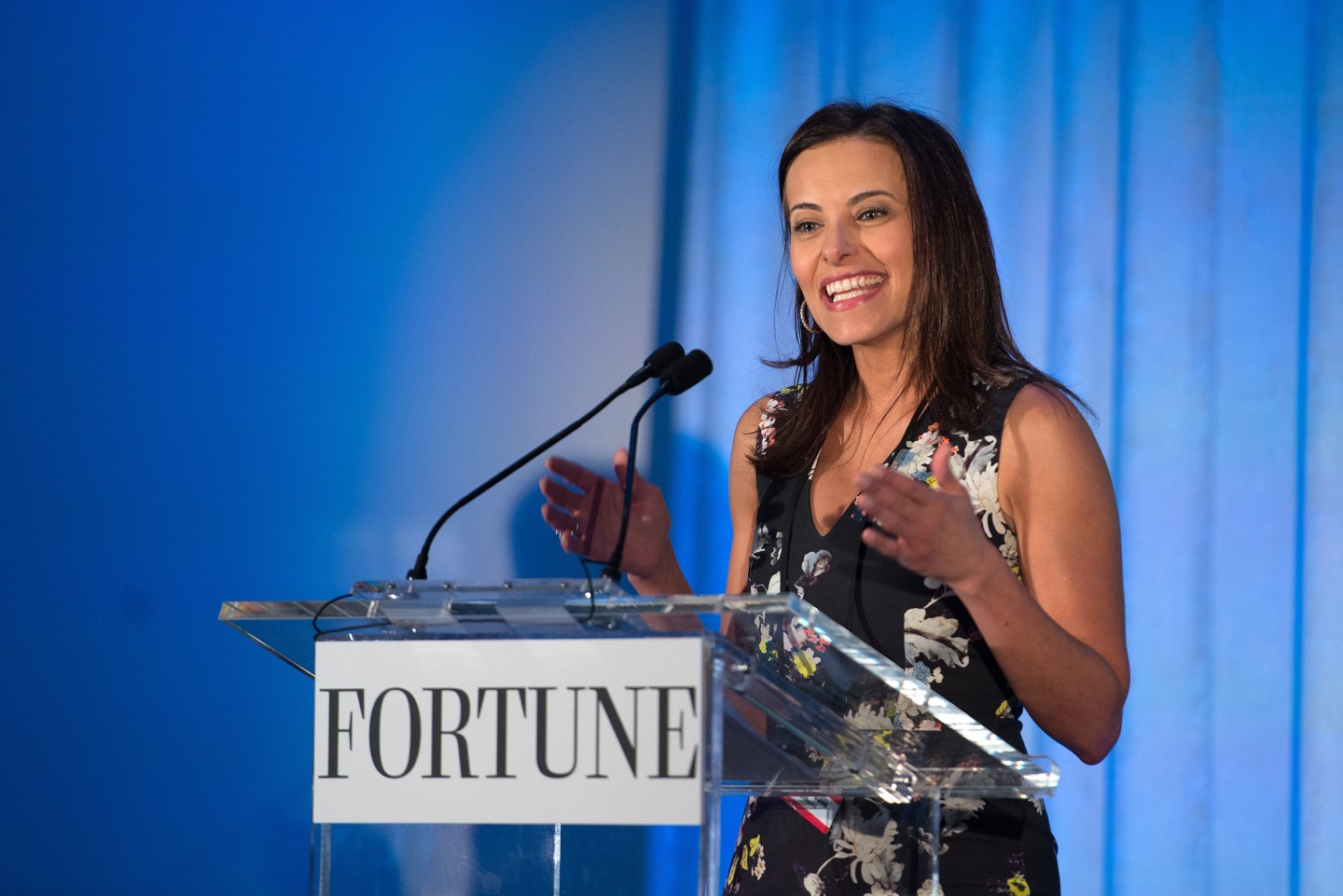 Ivanka Trump has yet to define her role within her father’s administration, but she’s already begun to surround herself with powerful advisors.

One of these counselors is Goldman Sachs (GS) partner Dina Powell, Politico reports, citing a source close to both women (A Goldman Sachs representative declined to comment and Trump’s did not respond).

So who is Powell—and what does her entry into Trump’s inner circle mean? Aside from her dual role as head of Goldman Sachs’s Impact Investing team and president of the Goldman Sachs Foundation—the bank’s charitable arm—Trump’s mentor oversees “10,000 Women,” one of Goldman’s major initiatives focused on helping female entrepreneurs around the world.

The 42-year-old has made a name for herself as an expert on women’s economic empowerment. Last summer, she spoke at a Fortune‘s Most Powerful Women dinner in New York City about the Goldman Sachs-Fortune Global Women Leaders Award. The award honors alumni of the Global Women’s Mentoring Partnership—a joint initiative by Fortune and the U.S. State Department that brings female entrepreneurs from developing countries to the U.S. to shadow American businesswomen.

The Goldman Sachs partner offers Trump a different perspective from that of the circle of billionaires who currently surround her father. As a young child, Powell immigrated from Egypt to Texas, where her father, a former military captain, opened a convenience store. Her parents told her she could be anything she wanted to be, “as long as it was doctor, a lawyer, or an engineer,” she told Glamour. Stressing her pride in her immigrant background, Powell told the magazine that she’s particularly grateful for her language skills (she speaks Arabic fluently).

It was partly thanks to her knowledge of Arabic that she landed an internship with former Texas Republican senator Kay Bailey Hutchison, which led to a job at the office of Dick Armey (the House majority leader at the time), and, eventually, a fifteen-year-long career in politics.

When she was just 29, she became the youngest person ever to direct the presidential personnel office and its 35 employees, according to an American Thinker piece from 2005. White House political advisor Karl Rove described her to the publication as “very competent, an eloquent and confident speaker, and a vibrant personality who has the ability to get the job done.”

After her time at the personnel office, she was nominated by former president George W. Bush for another position in the public diplomacy division of the state department, at which time he said about Powell: “…She believes deeply in the American experience, in American values, and wants to share those values with people around the world.”