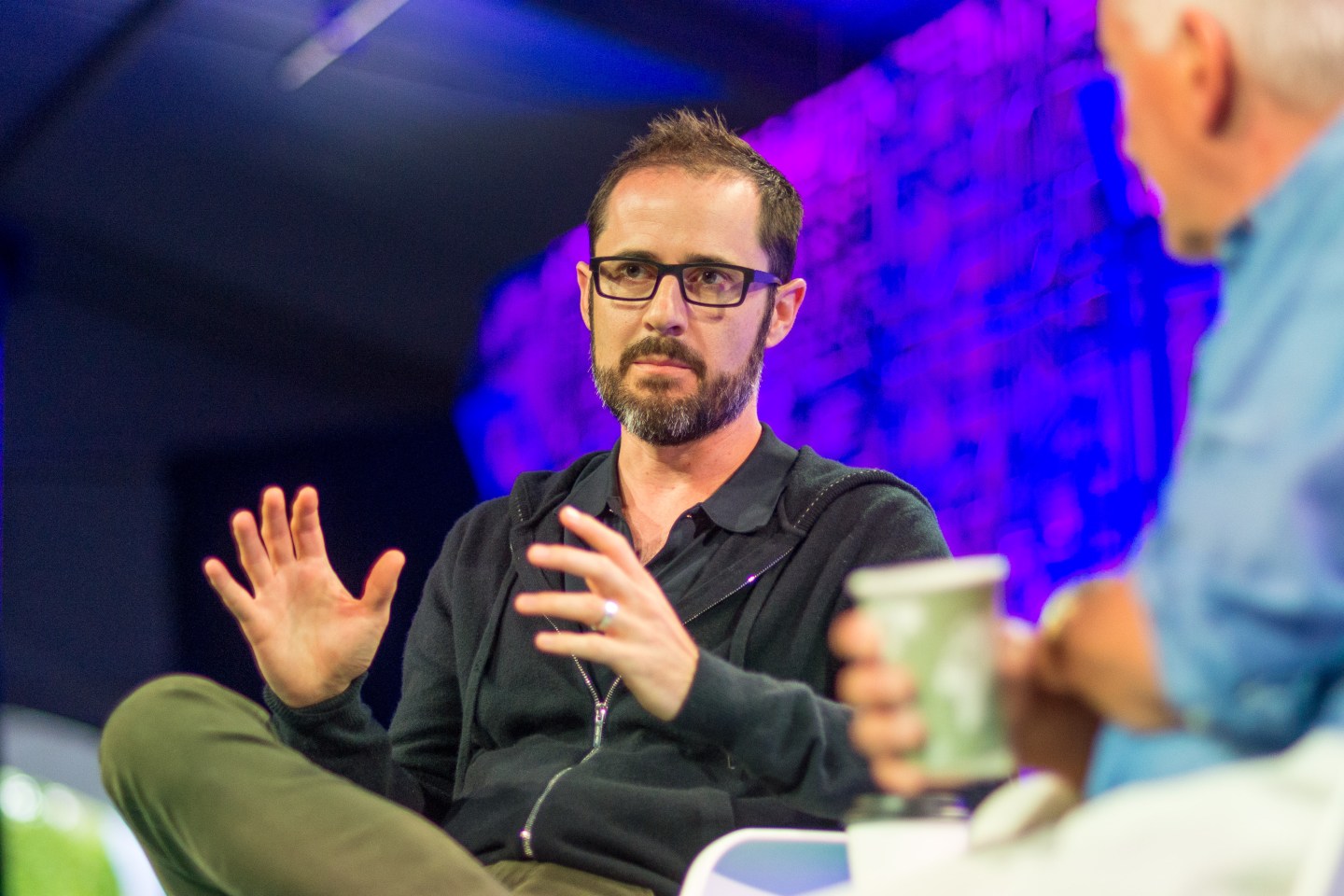 One thing that has remained constant during Medium’s five years as an online publisher is that no one can seem to figure out exactly what it is. Is it a blogging platform where anyone can write? Yes. Is it a magazine publisher that pays writers? For a time, yes. Is it a community where people find those with similar interests? Also yes. It’s like the elephant encountering a group of blind men, each of whom describes a completely different animal.

Given that history, it wasn’t surprising to learn that founder Evan Williams—the co-founder and former CEO of Twitter (TWTR)—has decided to reinvent his company yet again, this time in an even more disruptive way. The details were a surprise, however: A third of the staff suddenly out of work, offices closed in Washington and New York, and the entire advertising business the company had spent two years building up shut down.

These decisions also appear to have come as a surprise to several of the digital publishers and online magazines who had hitched their wagons to Medium’s platform—including The Awl, The Ringer, and half a dozen other small publishers. All of them moved to Medium in part because they were promised a share of advertising revenue from the company’s sponsored content business, which is now being shuttered. According to a report by Politico, some of them only found out about the changes by reading the news following Williams’s blog announcement.

The latest chapter in the ever-evolving "what happens when you hand your business over to platforms" saga of media: https://t.co/UXDoiDIyuF

Bringing small publishers onto the platform was the third or fourth evolution of Medium’s business model, depending on who is doing the counting. When it first launched, Williams said the site would be “a new place on the Internet where people can share ideas and stories,” which sounded like a blog-hosting company, a bit like WordPress. Then it acquired Matter, an online magazine, and started publishing several of its own magazine-style verticals with paid staff writers.

As part of that evolution, the site started a native advertising business, and even experimented with sponsored verticals like Re:Form, which was paid for entirely by BMW. It also experimented with different ways of compensating writers for its magazines. Some were paid a fee per piece, with bonuses based on how many readers or clicks their posts could garner. This method didn’t sit well with many writers, however, and Medium eventually dismantled most of its magazines, shutting some down and spinning off others—including Matter, which former Medium editor Mark Lotto took over and has turned into a kind of media-startup incubator.

Williams makes it clear in his blog post announcing the changes that he believes the digital advertising business is fundamentally broken—and therefore that any publishing business based on advertising is also doomed to failure. He says that Medium could have gone further down the ad-supported road, but by doing so it would have just been perpetuating a dying business model and not really doing anything innovative or different.

“It’s clear that the broken system is ad-driven media on the Internet. It simply doesn’t serve people. In fact, it’s not designed to,” Williams writes. “The vast majority of articles, videos, and other ‘content’ we all consume on a daily basis is paid for — directly or indirectly — by corporations who are funding it in order to advance their goals. And it is measured, amplified, and rewarded based on its ability to do that. Period. As a result, we get… well, what we get. And it’s getting worse.”

Re: Medium, this nails how everyone I know in digital publishing has felt for a year. It is dreadful. https://t.co/Fd6ybqipXC pic.twitter.com/PCtrhJts5G

Many of those working for traditional media companies may find themselves nodding in agreement at the idea that the online ad business is broken. Returns from digital advertising are meager at best, and the landscape is fundamentally controlled by Google and Facebook, along with a host of unsavory ad networks and click factories. Many publishers find themselves forced to indulge in clickbait in order to generate the revenue they need to survive. This broken landscape was arguably part of what helped Donald Trump rise to power, and fueled the explosion of “fake news” with which the industry continues to struggle.

What isn’t clear from Williams’ post is exactly what kind of publishing future he hopes to create after burning down Medium’s existing ad model. He says he wants to reward writers “based on their ability to enlighten and inform, not simply their ability to attract a few seconds of attention,” which is a laudable goal. But how exactly will that work? How will value be measured? If not by clicks or page views, then by what? Time spent reading? Any attempt to measure value inherently influences the outcome by promoting certain types of content over others.

This is how modern political advertising works:

One theory is that Medium might compensate writers using a Spotify-style subscription approach, or possibly a reader-funded micropayment model like the one used by crowdfunding platforms like Patreon. Medium’s publisher program already includes support for subscription and membership models, although it’s not clear how many partners are taking advantage of them.

Publishers like the New York Times and Washington Post have found subscription models to be an effective addition to their existing ad businesses—although not a replacement for them. But they have a huge traditional print-based infrastructures and cost bases, which Medium does not, which theoretically makes it more flexible.

Smaller publications like De Correspondent in The Netherlands, Jessica Lessin’s The Information, and Ben Thompson’s one-man shop Stratechery have managed to build businesses based entirely on funding from readers. But it’s clear Williams has his sights set on something much larger than any of these. Can Medium somehow figure out how to build a scalable and/or sustainable publishing platform that compensates writers based on the quality of their content? It’s a tempting possibility. But how exactly Williams plans to get there remains a mystery.