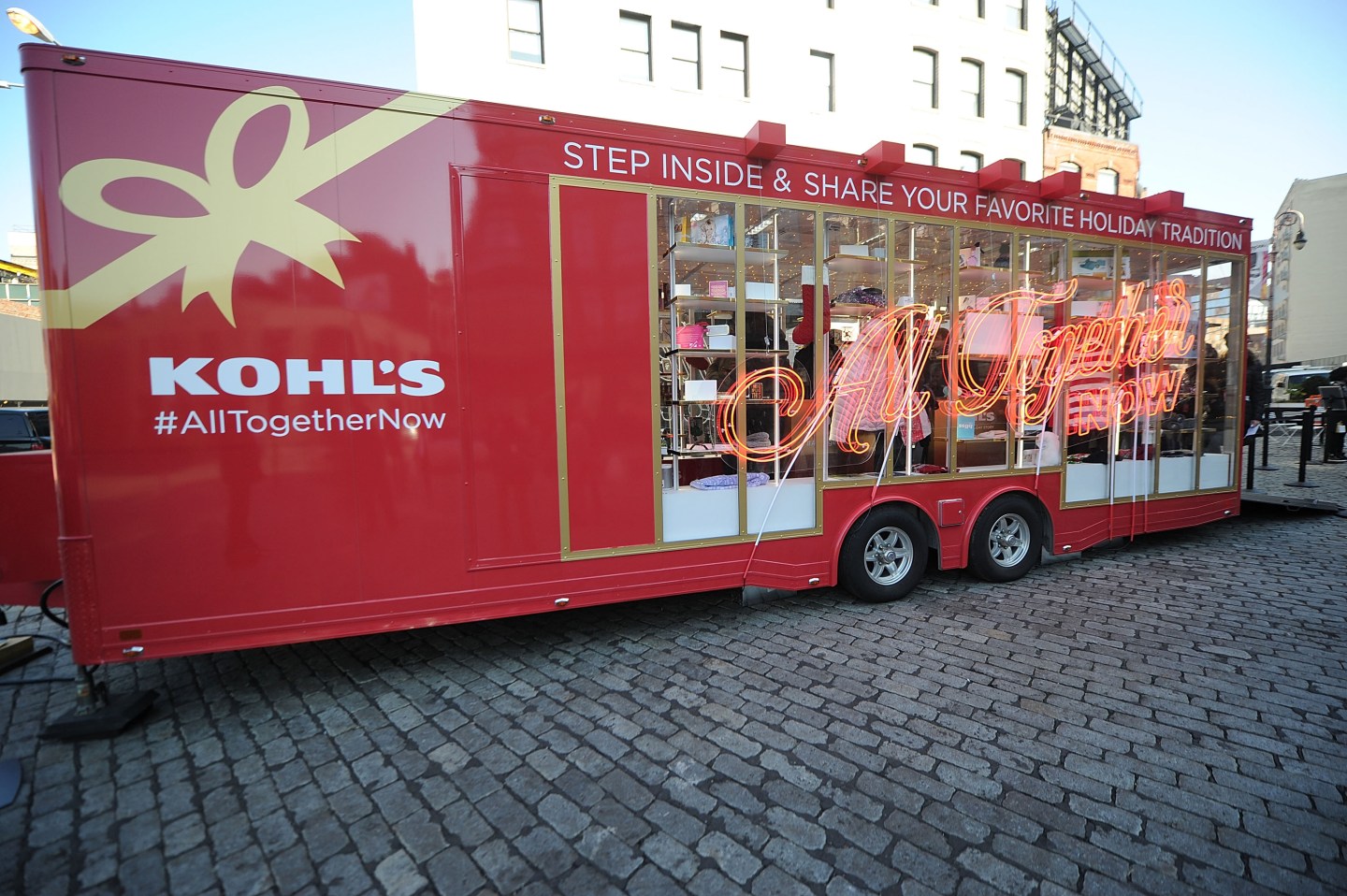 It was hardly a Merry Christmas for Kohl’s (KSS) and Macy’s (M).

For Kohl’s, a 2.1% drop in comparable sales, which includes e-commerce and stores open for at least a year, was a large disappointment, coming off of several initiatives that had been aimed at getting the retailer’s turnaround back on track. Those included started to sell Apple Watches in the fall, the launch of a mobile app, the use of all of its stores to fill e-commerce orders, and a bigger push in athletic and wellness gear.

Kohl’s had already seen its comparable sales drop 2.8% in the first three quarters of the year. What’s more, Kohl’s CEO Kevin Mansell had told Fortune on Black Friday that the retailer had set a company record for online sales the day before.

“Strong sales on Black Friday and during the week before Christmas were offset by softness in early November and December,” said Mansell in a statement.

Kohl’s, which will report full fourth quarter results, slashed its full year earnings forecast to $2.92 to $2.97 per share, down from its previous guidance of $3.12 to $3.32 per diluted share. And this was despite leaner inventory to ward off the risk of discounting heavily in the case of weak sales.

The holiday season can generate 25% of a retailer’s annual sales and 30% of its profit.

Rival Macy’s also reported a 2.1% drop in comparable sales for November and December.