Uber Fires Back at California DMV in Self-Driving Car Spat 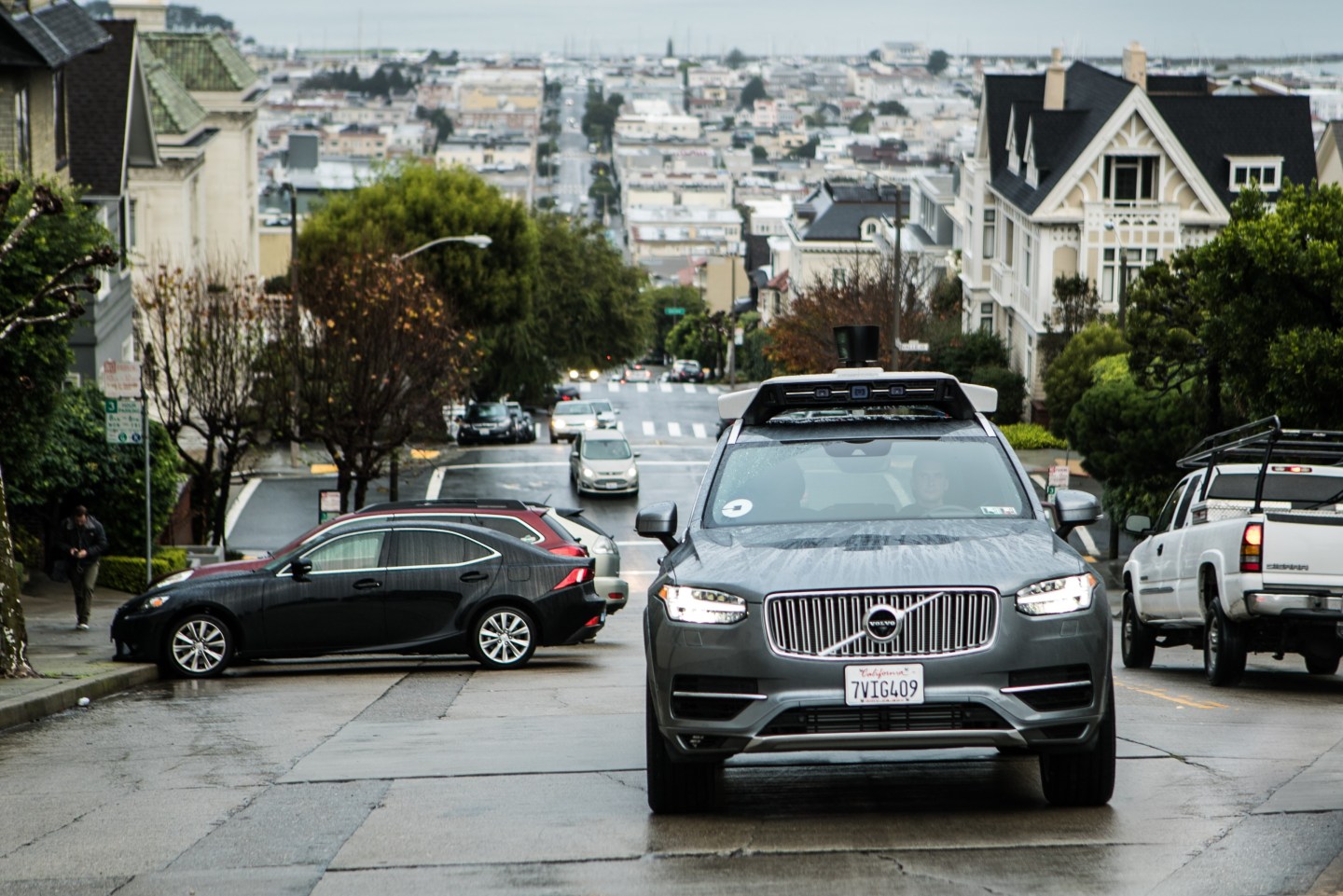 Uber on Friday again defied a demand by California regulators that the ride-services firm apply for a permit to test self-driving cars, setting up a possible legal battle.

Uber said its self-driving cars, unveiled to the public on Wednesday, would remain on the road, and reiterated its defiance of an order from the California Department of Motor Vehicles to “cease” operations.

Uber’s self-driving cars – despite their name – are not capable of driving ‘without … active physical control or monitoring,’ as California law defines autonomous vehicles, Levandowski said.

The California DMV requires that companies testing autonomous vehicles apply for and receive a permit. Regulations also require that manufacturers provide the DMV with accident reports.

Levandowski rejected the suggestion that Uber was trying to skirt the accident disclosures.

“We think that’s a very important part of building trust and understanding,” he said. “The problem is that (the regulation) doesn’t apply to us.”

Another 20 companies exploring self-driving cars, including Alphabet’s Google, Tesla, and Ford, have obtained a DMV permit for 130 test cars. Despite having its cars on the road for more than a month, Uber has not.

The dispute is the latest in a long line of spats between Uber and regulators, and in its defiance, Uber is risking a legal battle in its home state. In a letter to Uber on Wednesday, the DMV’s chief counsel said the agency “will initial legal action” if “Uber does not confirm immediately that it will stop its launch and seek a testing permit.”

Uber self-driving cars are equipped with a driver and an engineer in the front seats to take over in situations such as a construction zone, pedestrian crossing or taking a left turn across a lane of traffic.

Levandowski compared the cars to Tesla’s Autopilot system and other driver assistance systems that are common on new cars.

“This type of technology is commonplace on thousands of cars driving in the Bay Area today, without any DMV permit at all,” he said.