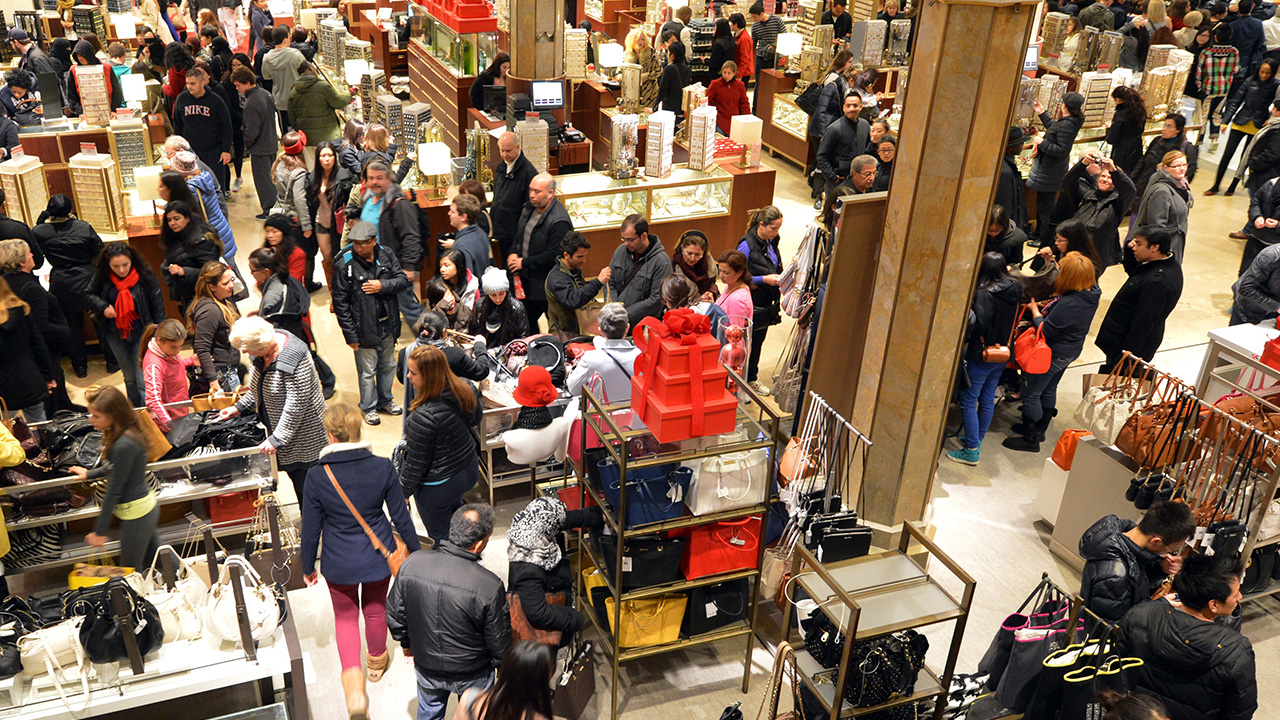 Black Friday and Cyber Monday get all the attention, but Super Saturday, which takes place tomorrow, will be the biggest shopping day of the holiday season, hands down.

According to a survey released on Friday by the National Retail Federation and Prosper Insights & Analytics, some 66% of Americans, or 155.7 million people, are planning to go shopping on Saturday, December 17. (Some 99 million of them hit stores over Thanksgiving weekend.) The day is known as Super Saturday because it is the last full Saturday of shopping before Christmas. (Next Saturday, Christmas Eve, doesn’t count because stores close earlier.)

Though by all accounts, the holiday shopping season is going well, there is still time for retailers to mess up their holiday season: the NRF survey found the average American shopper has only finished 52.5% of of his or her shopping. (The survey of 6,890 consumers took place between December 1 and 7.) And six of the 10 busiest days in terms of visits to stores exclusive of online shopping. are still in front of us, according to ShopperTrak.

So retailers are not letting up on what has already been a very promotional season.

“We expect retailers will once again be competitive on price and value options in the final stretch, especially on Super Saturday,” NRF President and CEO Matthew Shay said in a statement.

Despite more consumer confidence, low gas prices, and a soaring stock market, retailers have been more aggressive this year in doling out deals. Market Track, a data firm that measures the depth of discounting a major retailers by analyzing their circulars, found top chains were keeping their foot on the gas pedal in terms of promotions heading into Super Saturday. As the chart below, prepared for Fortune by Market Track, shows, Macy’s (M) and Walmart (WMT) in particular were more aggressive than last year, while other chains’ deals are generally on a par with last year. (Over Black Friday and Cyber Monday, the discount gap was far bigger compared to 2015.)

Still, retailers were careful about not over-ordering ahead of the season, so the promotions have been more planned than driven by a need for clearance, something that will help margins. Moody’s Investors Service said this week that despite heavy discounts, Walmart, Target and Best Buy’s margins are up, something that should give them some “cushion” in the holiday quarter, analyst Charlie O’Shea said.

Many major retailers get as much as 25% of sales in November and December and an even higher percentage of profits, leaving them little room for error this time of year. Still, analysts by and large agree the industry will enjoy it’s best season in a while. What’s more, the arctic chill bearing down over the Eastern half of the country will surely help apparel sales. Customer Growth Partners said on Wednesday there was potential for this holiday season to be the best for retailers in a decade.

“A ‘positive perfect storm’ of factors have come together to boost growth, including real income growth, low gasoline prices, food deflation—and now record stock prices—as shoppers and retailers will see their best Christmas season in over a decade,” CGP President Johnson said in a research note.

That, of course, hinges, on a successful Super Saturday.