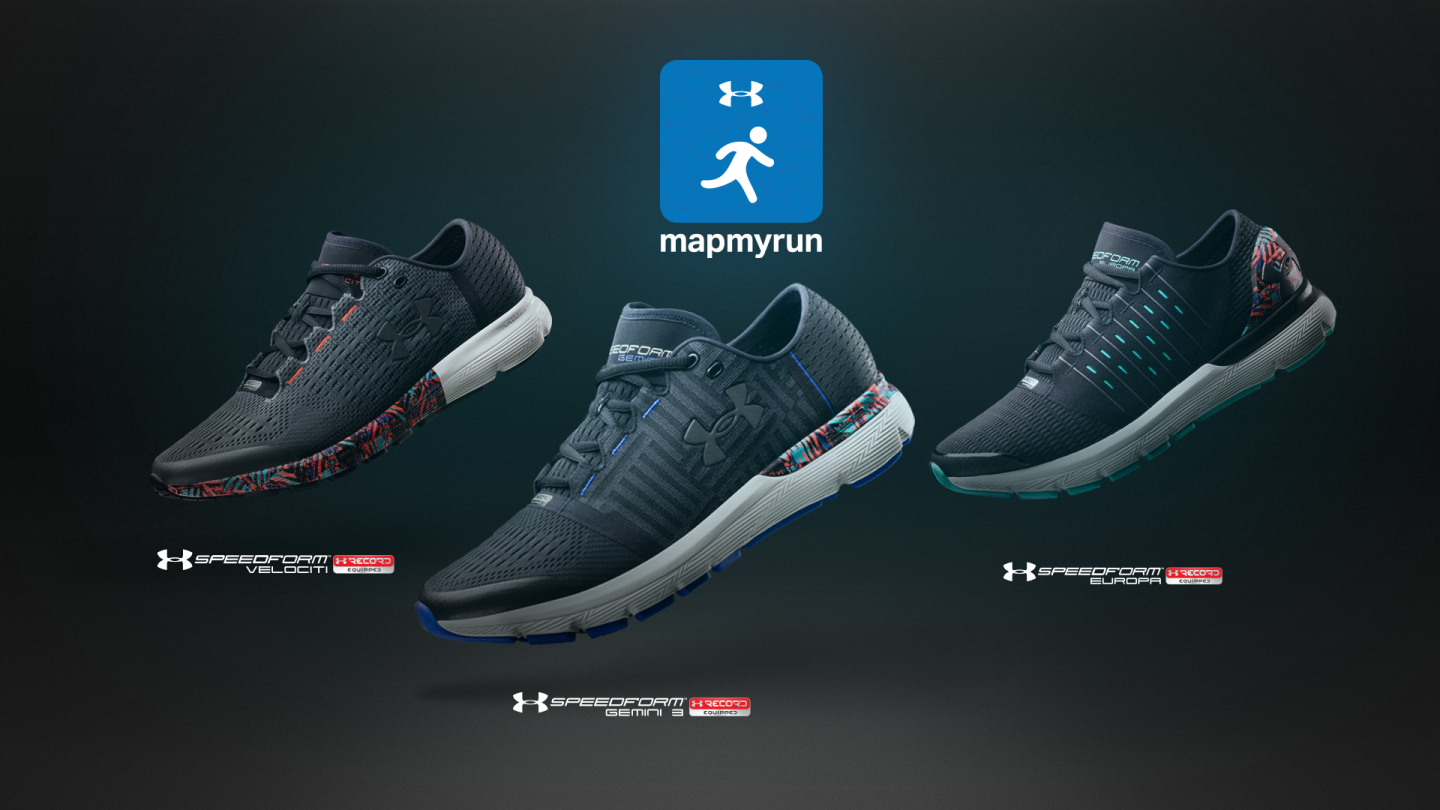 Under Armour has added built-in sensors to three new running shoes, part of a bigger push by the company to double the number of units of “connected” footwear it hopes to sell in 2017.

The new line of shoes, which the Baltimore-based athletic maker will debut at the Consumer Electronics Show in Las Vegas, are being unveiled under the company’s UA Record Equipped line. Under Armour (UAA) debuted a single, sensor-enabled shoe early this year to help runners track their workouts without needing a mobile device or wearable activity tracker. But for 2017, the company is selling three new shoes retailing between $140-$160 each. They are meant to appeal to a broader range of runners that want super light shoes or those with more cushioned support.

A slew of companies—including Apple (AAPL), Fitbit (FIT) and Under Armour—have aimed to incorporate technology into the world of fitness. In general, much of the attention so far has been on adding sensor-powered technology to an athlete’s wrist. But Under Armour has shown willingness to look at other parts of the body. Several years ago, it debuted in-chest sensors for workouts at the NFL combine. And lately it has focused on footwear.

“Everyone is wearing shoes,” Kevin Haley, Under Armour president of category management and innovation, told Fortune. “They are just a part of your day.”

Connected fitness initiatives have been a critical focus for Under Armour, which has invested hundreds of millions of dollars into software by scooping up popular apps like MyFitnessPal and MapMyFitness. It now commands a user base of 190 million globally, a community that has logged 2.5 billion workouts and 9 billion different foods. With that database of nutritional and fitness insights, Under Armour says it aims to become a more active coach to help athletes improve their performance.

“The connected fitness business that we’ve launched into over the last two years is pushing the front edge of what Under Armour is,” said Will Phillips, general manager of connected devices. “We say internally that for the first 20 years of the company we changed the way athletes dress. As we think about the next 20 years, through connected fitness, we will change how athletes live.”

The launch of the new physical shoes comes after a more low-key launch of the UA SpeedForm Gemini 2 RE early this year, a connected shoe that Under Armour says sold better than the company had anticipated. The 2017 shoes, meanwhile, will be powered with new features from Under Armour’s MapMyRun app.

The most interesting new feature on the software side is a “jump test,” a coaching tool to help athletes determine how prepared they are to work out. Here’s how it works: before going out for a run, an athlete jumps six times and the sensor in the shoe will measure and average air time of those jumps to determine muscle fatigue. The app will then make a recommendation that varies from “pull back and recovery strong” to “dig deep and push harder.”

Haley said Under Armour was inspired by visits to Olympic training sessions, where track athletes would record various metrics through a system of lasers and sensors to determine neuromuscular readiness. The goal of that tracking was to determine if the elite athlete was ready for a hard workout, or should perhaps take it easier if muscular readiness just wasn’t up to par.

“What we thought when we saw this was we can get closer—we can put the sensor up against the person’s foot and get data,” said Haley. “The opportunity for Under Armour was to take that lab-like environment available only to the most elite athletes and bring it to everybody.”

The jump test is also customized. Runners jump different than say, a basketball player, so their benchmarks need to be different. And for now, while Under Armour’s in-shoe sensors are mostly focused on the running crowd, executives say that technology could be added to shoes meant for other sports down the road. An earlier indicator: Under Armour earlier this year let pro golfer Jordan Spieth test out a pair of “smart” golf shoes.