Why Jordan Spieth Wore “Smart” Golf Shoes at The Open 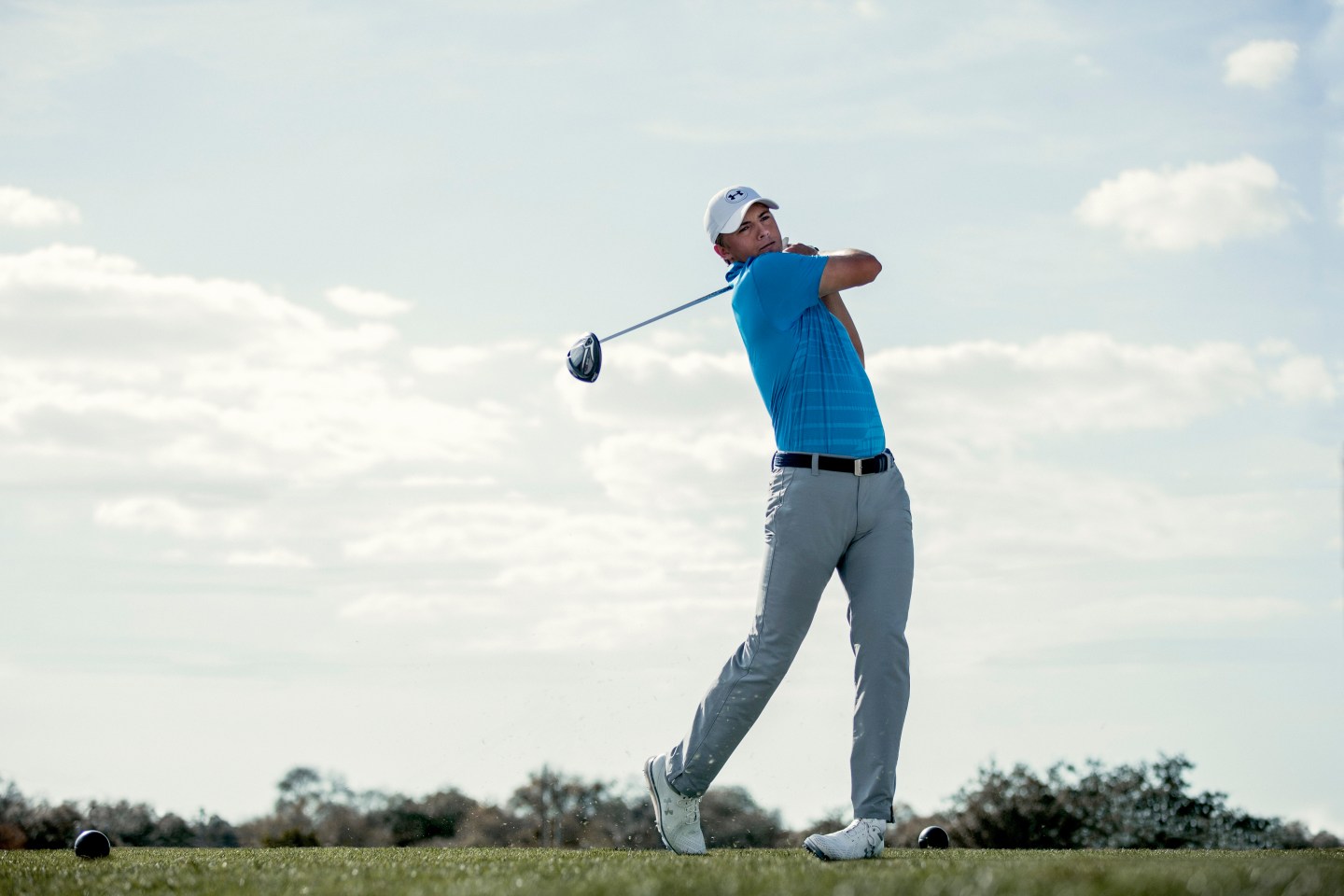 Golfer Jordan Spieth didn’t win the 2016 Open Championship in Scotland this past weekend. But he did manage a feat that none of his rivals matched: he wore “smart” golf shoes.

Spieth, who turns 23 later this month, has generated a lot of praise early in his professional career on the PGA Tour by notching wins at a speedy pace for a man his age. With all those achievements come key endorsements, including most critically his deal with Baltimore-based Under Armour (UA). Under Armour outfits Spieth on the course under a 10-year endorsement deal signed in January 2015 (the pair first began to work together two years earlier).

But Under Armour also happens to be an athletic gear company that is betting big on connected fitness, envisioning a world where athletes—both professional and casual—can track their movements, workouts, sleep and other metrics to boost their performance.

That information can be invaluable for elite athletes like Spieth, but there’s a catch. Pro golfers aren’t allowed to track their movements with wearable tracking bands, like the UA Band, during competition. So Under Armour took the sensor technology it uses in the company’s recently launched “smart” Speedform Gemini 2 Record Equipped shoe and applied it to the brand’s first-ever, custom-made smart golf shoe.

Throughout the four days of competition, Spieth walked around 54,000 steps, averaging 13,500 steps per day during The Open. (Fitness trackers generally recommend 7,000-10,000 steps per day for optimal activeness).

“Data collection is a big part of getting better,” Spieth told Fortune. “I want to be smarter about how I train.”

Spieth says he’s tracked his workouts for “a while” now but really started to hone in on measuring his workouts the past two years. He also says he uses the UA Record system to track his sleep and eating patterns. He shared with Fortune that he prefers to sleep at least 8 hours every night (with the goal of about two hours of deep sleep). In terms of his food intake, Spieth favors “whole, real foods” as much as possible, and his go-to snack right now is granola. He admits he could do better staying more hydrated (his goal is to consume at least 140 ounces of fluids each day).

As I learned earlier this year when I tested out Under Armour’s line of connected gear, keeping track of workouts, monitoring sleep and other metrics can help athletes perform better on the course (or in my case, while out on a run).

Under Armour admits that these goals can vary. A professional athlete like Spieth might not put as much of a premium on say, counting steps, as he’s already active. But the intensify of his workouts and ensuring he got the right amount of sleep—especially when traveling abroad—those are metrics that are more critical to his day-to-day performance.

“The data around overall performance applies in ways that are more important than just runners and cyclists,” says Jason LaRose, senior vice president of global e-commerce at Under Armour. “Golf is a natural place for us, as it has evolved as a sport over the past 20 years.”

As LaRose notes, most connected gear has thus far focused on tracking steps, accounting for walks or running strides, and biking. That’s because those movements are easy to track using GPS technology. But Under Armour and others are tinkering with ways to bring that technology and insights to other sports, like golf or swimming.

The golf segment is a relatively new opportunity for Under Armour. The company only began selling golf shoes in April of this year, a collection that Spieth tested and gave some key input. If Under Armour were to bring “smart” golf shoes to the market, it could help the brand stand out even more in the estimated $9.6 billion global golf market. About 39% of those sales comes from footwear, according to research firm Technavio.

LaRose says its natural that over time, more passive data tracking will come from shirts and shoes, making it easier for individuals to track their progress without having to input much information into their mobile apps.

“As a company that makes shirts and shoes, we are excited about that,” he said. “We will continue to pursue avenues to make athletes better.”

Spieth says that data collection is becoming increasingly important for golfers, a sport that wasn’t always seen as “athletic,” though that is changing thanks to Spieth, and the more athletic builds of fellow golf stars like Rory McIlroy and Dustin Johnson.

“I’m really competitive so it becomes a personal challenge to see if I can work out longer than I did the day before,” Spieth said.